A musical prodigy and the disciple of both Quincy Jones and Herbie Hancock, multi-instrumentalist Jacob Collier has made a lasting impression on many musicians due to his unparalleled technical skill and understanding of music theory. The third installment in his Djesse series comes loaded with quite a few interesting guests, but not even they can save Collier from falling into the same traps as always. There’s no denying that Collier is one of the most musically gifted individuals on the planet right now, but that doesn’t mean he understands how to translate all of that talent into a good or meaningful song. Instead, he opts for a complete sensory overload of complexity for complexity’s sake, removing all the aspects of soulfulness or fun from the finished product as he throws every aspect of his advanced reharmonization techniques and virtuosic soloing at the listener at once. Jumping wildly between genres and brief musical motifs in a childishly defiant attempt to prove that the most unorthodox of structures can work, adding quite a few overdone lyrical clichés and insisting on singing (and unfortunately, rapping) well out of his vocal capabilities to add to the complexity at work, Collier seems more fascinated with the idea of music than music itself.

The opening robotic bloops and metallic clangs of intro “CLARITY” leading into the album’s first real track, the obnoxiously frenetic “Count The People,” honestly reminded me of the irreverence and disorienting work of a group like 100 gecs. The difference here is that the knowing wink at the audience is removed because Collier isn’t attempting to subvert any kind of existing frameworks. Instead, he just throws the most complicated musical schematics at the wall haphazardly, seemingly just to prove that he knows how to pull them off regardless of how good they actually sound together. On the first track, Collier begins with a pitched-up and bright chorus featuring Jessie Reyez before the track tumbles awkwardly into a dark and electronic section featuring Collier himself awkwardly delivering a lightning-fast rap overtop and sounding as out-of-place as possible with his British accent.

It’s almost as if Collier is aware that some of the kinds of people who enjoy his music would be too elitist to touch hip-hop music, and their baseline understanding of the genre would result in their minds being blown by this musical wunderkind additionally “dominating” a genre outside of his comfort zone by achieving what they perceive to be its pinnacle of skill – rapping spellbindingly fast without a hint of lyrical meaning. The track ends with a cacophony of dated dubstep wubs, out-of-key jazzy synth arpeggios, T-Pain’s vocals and a banjo. You truly have to hear it to believe it. The next track “In My Bones” feels like trying to listen to a lyrically bland funk song on a bad radio connection, brief musical moments from other channels cutting in, before the track rushes to its blown-out conclusion featuring shrill high vocals and Disney Channel rapping over complete chaos from the percussion section.

A section of three songs in the middle where Collier teams up with a couple of modern R&B’s brightest talents actually does show off how great his music could be if he dropped the air of complete pretentiousness. It features longer segments of great ideas (even a full good song!) and actual musical cohesion before Collier inevitably throws it in a blender set to liquefy. And then smashes it on the ground. The track “Time Alone With You” with Daniel Caesar begins promisingly, Caesar’s charismatic and flirty vocals riding a thankfully consistent groove as Collier’s multilayered harmonies and tempo-bending chorus play off of him well and add an appropriate amount of quirky flavour. The last third of the song careens off the rails with lurching percussion and more of those awfully pitched vocals as the key shifts abruptly, the section nightmarishly speeding up into a relieving final couple seconds of the main melody.

The track “In Too Deep” with Kiana Ledé fares a little better, a sweetly sung R&B slow jam with trap percussion and some funk embellishments that serves as a pretty great duet – it’s likely the most derivative track here, but on an album like this that’s welcome when Ledé’s vocals are this good. However, “All I Need” with Mahalia and Ty Dolla $ign shows the true magic that happens when Collier focuses on making a full, coherent song. Reminding me a bit of some of Anderson .Paak’s recent work with jazzy scat segments making a bridge between keys and syncopated synth production, the three artists all offer their own verse and personal flavour as they sink into the groove. The track is still wildly complex with instruments cutting in and out and a constantly shifting musical framework, but it’s all anchored by a necessary, unchanging core aesthetic. 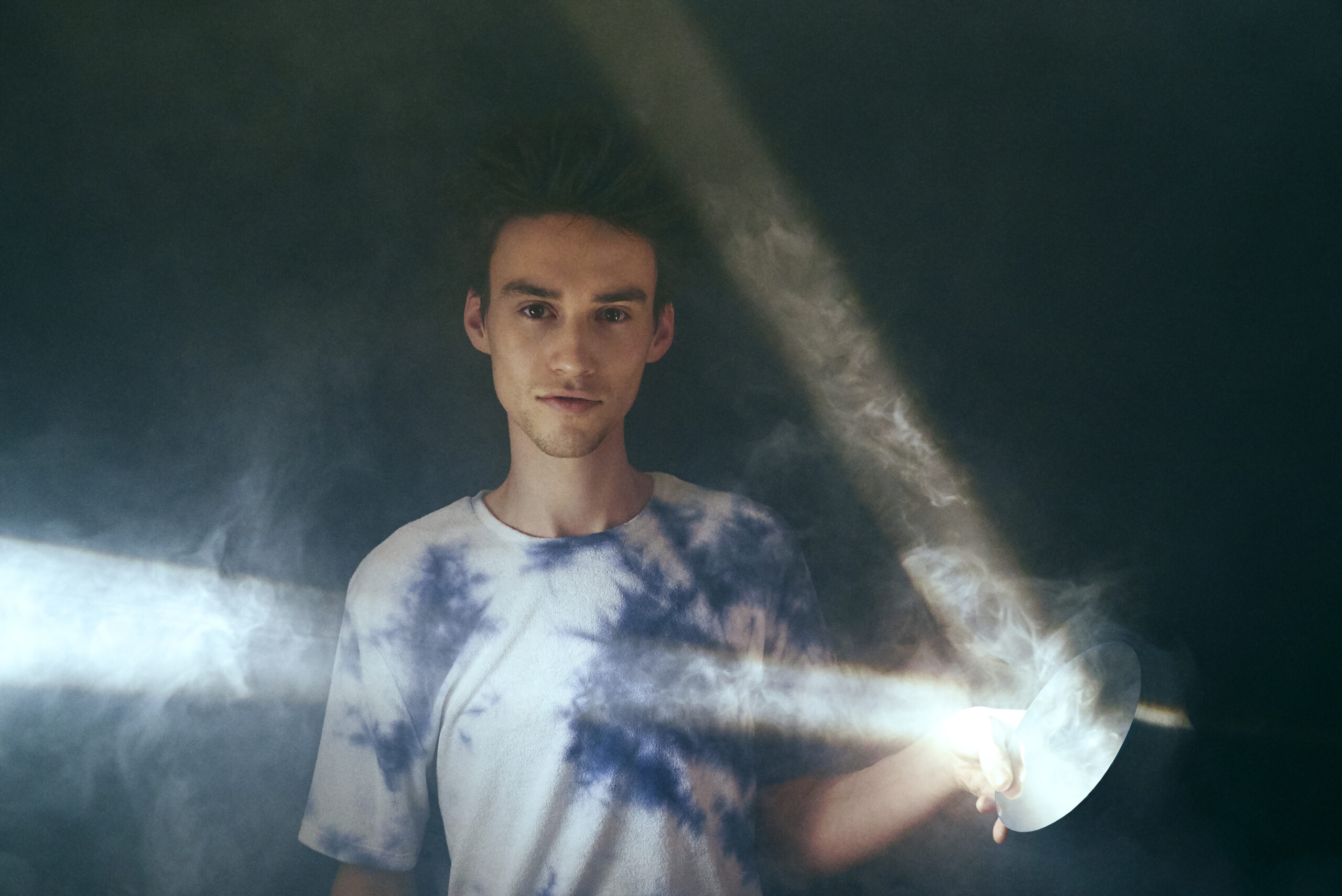 The back half of the album gets right back to it with some more music theory purgatory and some of Collier’s worse vocal performances. The track “Butterflies” features arrhythmic percussion and Christmas bells clanging into itself as repetitive vocal lines are looped over and over in different keys in Collier’s yawning, sliding vocal cadence on a track that thankfully lasts only two minutes. The blaring, metallic percussion hits resembling an alarm clock sent from the depths of hell that open the next track, “Sleeping On My Dreams,” immediately bring you out of the hypnotic stupor with a terrifying jolt as one of the most disjointed tracks here begins. Opening with Collier singing matter-of-factly in a baritone voice over a calming guitar loop, the song inexplicably shifts into a brief vintage vocal pop section and an upbeat synth-funk chorus in a different tempo before hitting you once again with the alarm clock and starting the sequence over. The chorus is genuinely one of the catchiest moments here, but it’s far from worth everything you have to go through to get there.

It’s quite a tall order to make the angelic vocals of Tori Kelly, who appears on “Running Outta Love,” unappealing, but Collier does it with a cluttered instrumental palate that is somehow more distracting than her impressive runs and ends up sounding laughable singing alongside her. The album concludes with “Light It Up On Me,” another brief gec-like clashing sound collage, the lengthy track “He Won’t Hold You,” featuring Collier’s laziest vocal performance and a central choral motif that lifts a melody from one of the most celebrated songs of all time, Queen’s “Somebody To Love,” and “To Sleep,” a nauseating overlapping canon as Collier once again plays off of singular repetitive vocal lines.

It’s truly shocking that someone this good at music would continuously make music that’s this aggressively bad, but I guess this is proof that complexity and technical skill are far from the most important aspects in making music that stands the test of time. Maybe I’ll look back in 5 years and be proven completely wrong.

Favourite Tracks: All I Need, In Too Deep