On the eve of K-pop sensation BTS dropping their first sure-to-be-massive English single, here we have yet another example of the internet making popular music an increasingly global affair. Nigerian artist Burna Boy is one of the most popular musicians in Africa, and has since become known across the world for his blend of Afrobeats and dancehall – even picking up a Grammy nomination earlier this year. The self-proclaimed African Giant is feeling Twice As Tall with his fifth studio album, collaborating with a couple Western artists and offering some of his clearest crossover appeal yet by integrating some modern sounds of pop and hip-hop trends into his trademark unique style. Executive produced by a legend in Diddy, the album also sees Burna Boy powerfully addressing a couple sensitive topics and social issues alongside his catchy rhythms. While Burna Boy’s true strength is in exuberant and joyful melodies and his forays into more hip-hop influenced tracks fall flat at times here, the vast majority of Twice as Tall is a refreshing musical blend from a continent we should hopefully be hearing a lot more from.

For an album that ends up being quite an enjoyable experience, it’s strange that the opening run of four tracks represents the weakest material here. The opening track “Level Up (Twice As Tall)” sees Burna Boy getting introspective about his meteoric rise over one of the calmer, more minimalistic beats here, asserting that he’s just going to keep going. Delivering some speedy and somewhat monotoned verses, the percussion drops out in the chorus to give a full spotlight to one of Burna Boy’s African idols, Youssou N’Dour, ultimately killing the energy of the track. A speech from Diddy preaching self-love and black solidarity serves as a transition to the next track, “Alarm Clock,” a brief dark and jazzy track with some chilling and cinematic backing wailing vocals as Burna Boy echoes Diddy’s message in his native Yoruba. The track “Way Too Big” is one of the only crossover attempts here that doesn’t blend at all, as the trio of legends behind the boards – Mike Dean, Timbaland and Diddy all hand a hand in production – inexplicably mix a stuttered, dated-sounding and overly bright pop synth into the dancehall rhythms that doesn’t fit Burna’s raw, wavering vocal style at all. “Bebo” is one of the final tracks where Burna adopts a more laid-back cadence similar to a rapper’s, sinking into the dancehall rhythms and holding back the excellent melodic instinct he displays on the remainder of the project. 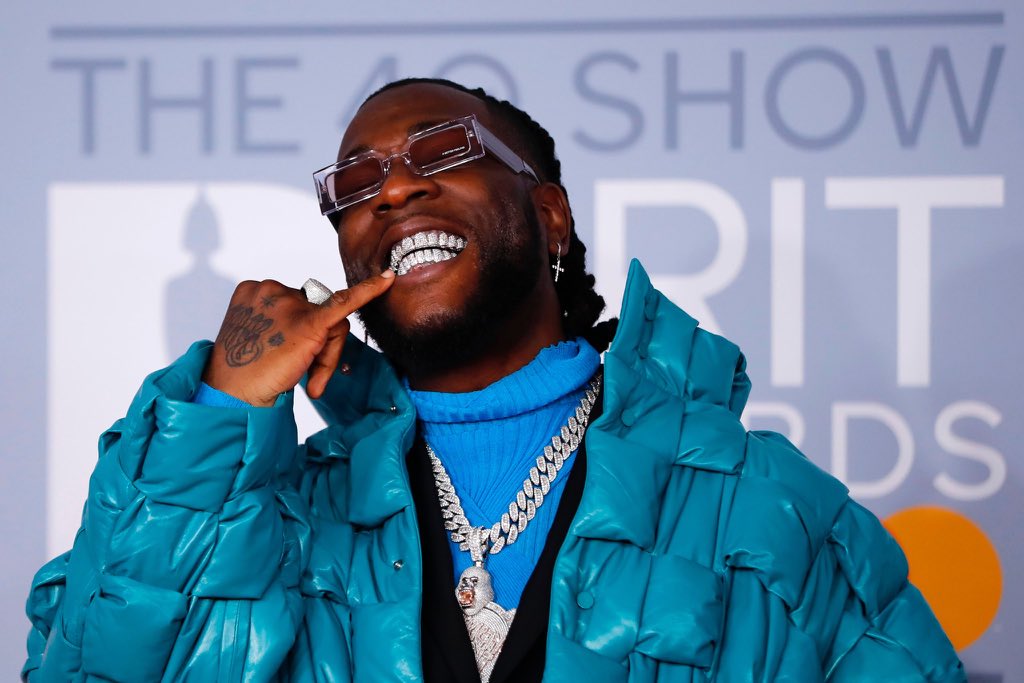 Things pick up in a massive way with the track “Wonderful,” which opens with an a cappella call and response between Burna and a delightfully classic-sounding bass-heavy African gospel choir that ultimately becomes the song’s chorus as the beat drops. Burna jumps between languages with ease as he sings about music’s power to unite the whole world and how excited he is to see African sounds proliferating across the globe, the persistent dancehall beat forming the foundation for a groove that slowly builds up with a watery steel drum synth texture and blaring trumpet adding flavour. The massive choral harmonies roar back at the most opportune times, completing a truly exuberant sound that makes you forget all your problems – as he so aptly describes in the lyrics. While the relatively novel genre of Afrobeats is a refreshing and exciting sound, most of my favourite moments here come from when Burna infuses it with more traditionally African sounds. There’s simply something undeniable about the warmth and happiness infused within the choral African style. On the next track, “Onyeka (Baby),” Burna essentially tries it out himself and sounds great with a couple low harmonies on the bridge, once again complemented by a triumphant horn section that turns the dancehall groove into an all-out celebration as he adds his growing stacks of money to a list of potential romantic partners. The track “Time Flies” is where this is applied to its full potential as Burna Boy links up with African a cappella group Sauti Sol for a track about living in the moment, Burna offering some of his best vocal moments playing off of the intoxicating deep bass of the Sauti Sol singers’ chorus.

The track “Naughty by Nature,” out of nowhere, boasts a feature appearance from the legendary rap group of the same name and is the first of the recognizable features on the project. Burna himself is in his most playful mood on the track, stuttering his words and offering some fun-loving ad-libs and one of his most instantly catchy choruses before the old-school rappers fit in nicely over the bouncier synth-based beat. Burna links up with a couple other big-name features on the rest of the project – UK grime rapper Stormzy shows up on the song “Real Life,” opting to sing instead and offering a bit of an awkwardly delivered hook on what is otherwise a great dancehall groove. Coldplay’s Chris Martin appears on the politically-charged track “Monsters You Made,” another decidedly strange feature to sing the hook on such a personal track about the lasting effects of colonialism but sounding better than he has in years as Burna sounds more passionate than ever. You can truly hear his building frustration through his percussive vocals, and the lurching and paranoid driving rock drumbeat behind him helps express the centuries of injustice he begins to dive into here. “Wetin Dey Sup” continues the political angle on the following track as Burna condemns police brutality and gun violence over the sound of wailing sirens and a blaring horn section echoing the main melody. 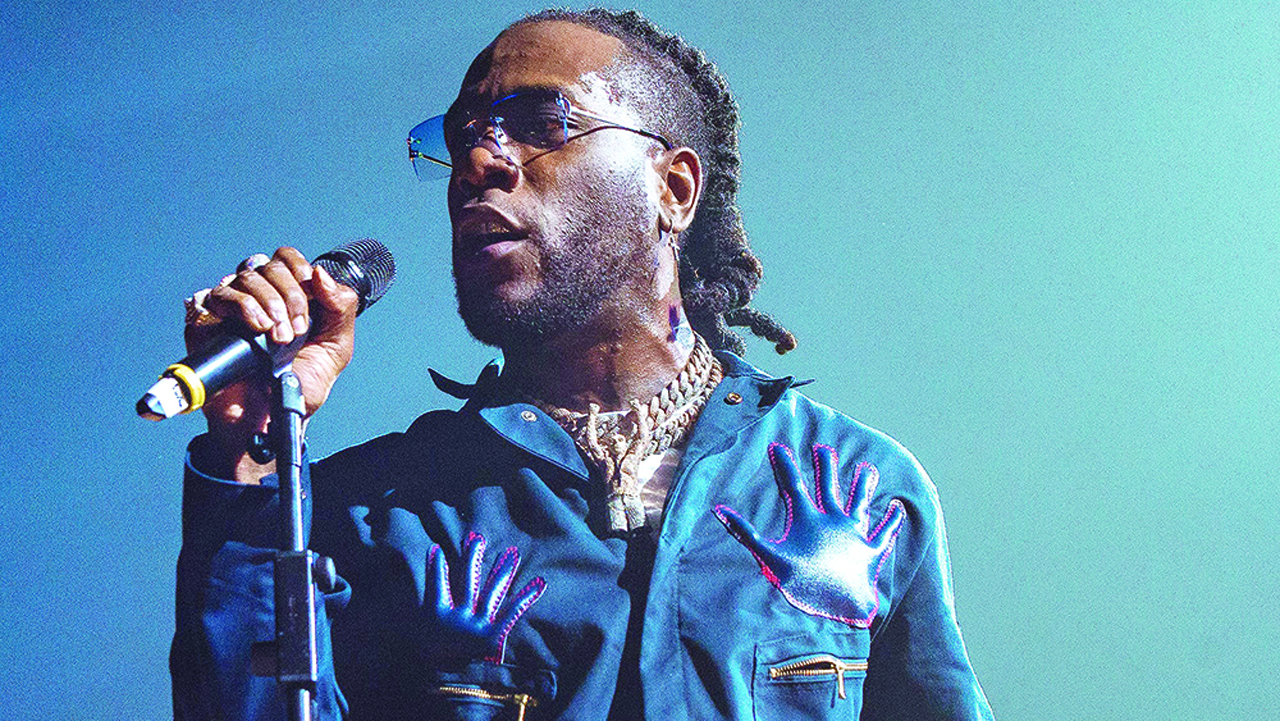 Most of the back half of the album sees Burna dive back into the more club-ready rhythms of dancehall, but in a more enjoyable way than the opening run as he attacks the tracks with more fire in his voice and a charming and goofy appeal that begins to translate the universally relatable meanings behind some of the African slang he names these tracks over on songs like “Comma” and “No Fit Vex.” “Comma” sees him singing about great things that come with a catch over one of the most aggressive dancehall rhythms here, while “No Fit Vex” is a track with an uplifting and poppy sound as Burna talks about growing up and becoming more forgiving. The track “23” is essentially an R&B slow jam picked up by the piercing and irregular percussion hits of the dancehall genre as Burna compares himself to Michael Jordan with some beautiful smooth-sounding vocals, displaying his musical versatility. The album closes with “Bank On It,” an appeal to the spiritual to watch over him as he muses on how he was in the same neighbourhood at the time fallen rapper Pop Smoke was murdered. With the gospel harmonies returning, it represents a genuine and emotional closer.

The presence of artists like Burna Boy, Wizkid, DaVido and other African stars who have begun to appear alongside and influence some of who we perceive to be our biggest artists is yet another exciting development in music as global sounds continue to permeate the culture. Burna offers his most palatable presentation yet of a signature sound here and the African Giant should only keep getting taller and taller.