After sparking a huge amount of buzz with his 2018 EP, Don’t Forget About Me Demos, genre-hopping upstart Dominic Fike has finally released his debut album, continuing to blend the worlds of rock, pop and hip-hop on a project that … essentially still sounds like demos. Fike’s frenetic sound is certainly something admirable in theory, especially given that he produced most of these tracks himself, but the structuring of these songs as they jump rapidly around from one half-baked idea to the next destroys any chance that Fike had to make any of these melodies stick. With overly fuzzy and almost amateur-sounding lo-fi production techniques and a couple overly edgy lyrics that come off as rather tone-deaf and mean-spirited, Fike’s legitimate talents and his modern-day starmaking too-cool-to-care attitude are buried under an avalanche of ill-advised musical decisions, breaking through to the sunlight on only a couple scattered occasions. But I’m sure his Gen Z audience will love it, as it plays right into the chaos and nihilistic outlook of their world.

Only three of the tracks on this project actually break the 3-minute mark, as many of these songs end up sounding more like unfinished fragments of ideas than a well-structured song. I’m certainly all for experimentation when it comes to song structure, but there at least needs to be even one small element that remains as a throughline when making a massive subversion of expectations in a song. The album opens with the track “Come Here,” one of two tracks in the opening four that are only just above a minute in length. The song is actually one of the better ideas here, Fike’s distorted and charismatic rap-rock vocals emoting over heavy guitars and sounding almost like some of Anderson .Paak’s early work, but we only get about 50 seconds of the good stuff before the music cuts out and Fike abruptly wants to try out his vocal pattern over a much softer instrumental that doesn’t fit it at all. It’s essentially what happens on nearly every other track here on a larger scale. The other brief track, “10x Stronger,” a truly strange orchestral interlude made up of almost no lyrics, suffers due to Fike’s disinterested vocal performance and gives the listener transitional whiplash. It’s clear that Fike takes an intentionally raw approach to his singing on most of these tracks, but when he ventures anywhere out of his comfortable range, most egregiously on the falsetto chorus of “What’s For Dinner,” he can be painfully off the mark. 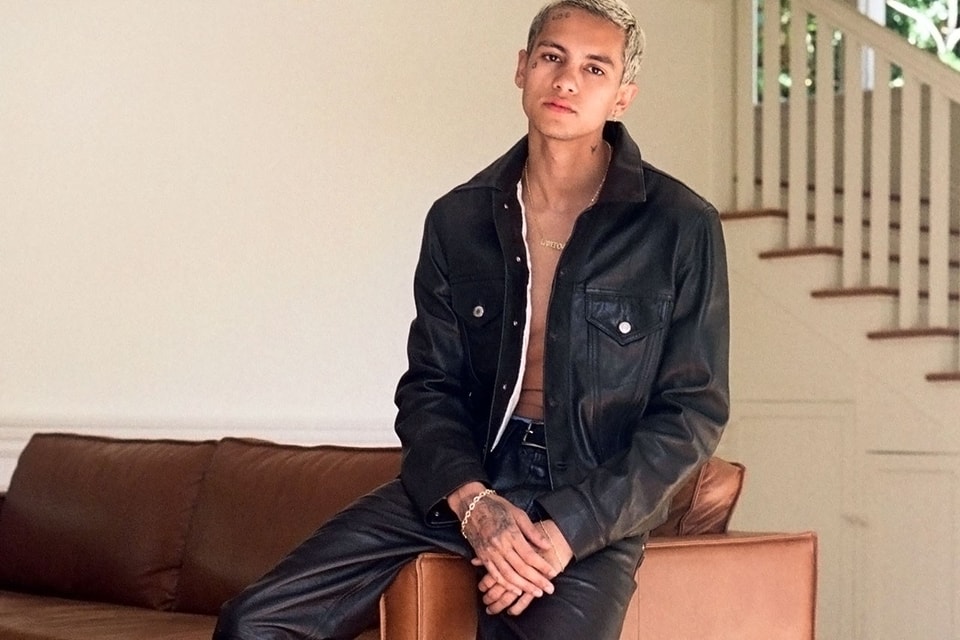 In between these interlude-length tracks are “Double Negative (Skeleton Milkshake),” an upbeat and bouncy pop-rock number that sees Fike get through the track without any sonic diversions and throw one of his catchiest choruses on top, and the track “Cancel Me,” where Fike offers some of the worst lyrics of the year. In a truly distasteful move, he hopes to get cancelled and even “#MeToo’d” in order to return to a normal life, simultaneously being offensive and ungrateful towards his fans in a move that cancels out any of the positive musical moments on the song. It’s a highly inconsistent beginning to an inconsistent album that ends up having more misses than hits. The track “Good Game” reverses the problem that most of the rest of the album suffers from, Fike finally offering some meaningful lyrics that provide a window into his personality but sucking the energy out of the song with some strange mixing choices. Fike seemingly speaking from the perspective of his estranged father and offering life advice shows the feeling human underneath it all, and the folksy tambourine hits and guitar licks that drive the track make up one of the better instrumentals here, but the incredibly quiet mixing of the vocals in the post-chorus make for a confusing anticlimax. The fuzzy sheen on these tracks to capture more of a lo-fi bedroom pop sound clash up against Fike’s attempts at brighter pop tunes like “Why” and “Superstar Sh*t” as well, the rhythmic melody of the former and the modern spin on a vintage sound of the latter not hitting as hard when the drums don’t pop out of the mix. There are so many tracks on this project that have great things at their core, but are held back by the presentation.

The album’s first half ends with the baffling song “Chicken Tenders,” a track where Fike attempts a sensual alt-R&B sound but sets the scene by singing about ordering room service to a bug-infested hotel room. To top it all off, the chorus is sung in an obnoxiously pitched-up voice. The vibe of the song switches up every 30 seconds or so as new drum tones roll in or new instruments are added or subtracted, a pause to precede a line intended to be humorous extending a millisecond too long and throwing the rhythm of the song off. The baby voice is used to slightly better effect later on with the song “Joe Blazey,” one of the only truly memorable melodies here. The simple and chipper melody of the chorus and laid-back approach to the verses is one of the only times here where the lo-fi, vintage sound palate that Fike is going for here really does complement the rest of the music – until, of course, the song ends abruptly and the same melody is sung over a more punk-rock inspired section to opposite result.

Despite its derivative undertones – it’s essentially a timeless J. Lo melody over the guitar loop you hear underscoring every rap hit – the best song here is easily “Vampire,” just because Fike finally applies his refreshing presence to the music industry in a coherent song that begins to showcase the potential of what his novelty can bring. With a macabre lyrical twist adding to Fike’s personality, his faster-paced melodic rap delivery and harmonies here are easily his strongest musical approach of the many he tries here, his flow sinking smoothly into the groove of the track. Unfortunately, many of the ending tracks as the album winds down feature some of the worst underwritten moments and jarring tonal shifts on the whole project. The single “Politics & Violence” opens with a pop-rap segment over some warm chords before an atmospheric transitional segment longer than the two song fragments on either side flips over to a more trap-oriented section featuring nothing but an extended verse, while the track “Wurli” is essentially a tiny set of chorus lines and verse lines repeated twice and called a full song. The album closes out with “Florida,” the longest track here as the tempo slows to a crawl with some creeping synths and Fike goes full self-indulgent boring alt-R&B with some nearly unlistenable vocal layering textures.

I still have faith that Dominic Fike could make a major breakthrough in terms of self-discovery and put out something groundbreaking – he certainly has the creative mindset to do it. At the moment, however, it seems like there’s a serious lack of effort behind everything that he’s doing that just results in a disjointed and messy album.