Back with a new name and one of the best producers in the business, The Chicks storm back onto the musical scene. Their first album since winning the 2007 Album of the Year Grammy with Taking The Long Way, a somber and reflective look at a world that had recently sent them a firestorm of sexist comments for getting involved politically, The Chicks once again harness the current social climate by dropping the “Dixie” from their name and holding just as fast as ever to their beliefs throughout these tracks. On Gaslighter, they continue to tell their story in their traditionally blunt and unapologetic way. This time, however, it’s a lot more personal. Inspired to start writing music again by her recent divorce from actor Adrian Pasdar – the titular gaslighter in question – lead vocalist Natalie Maines sets to work on laying out exactly what happened to her without any hint of subtlety or metaphors. Musically, The Chicks fit right into the modern landscape as if they never left. Teaming up with pop producer of the moment Jack Antonoff, who they met through their feature on Taylor Swift’s latest album; his work behind the boards allows them to keep the aspects of the band that made them superstars while translating their theatrical country harmonies over to the slow builds, euphoric pop melodies, and hip-hop adjacent beats that Antonoff is known for. Only this time, they’re frequently interspersed with a plucking banjo.

The album opens with its title track, which wastes no time in punching the listener in the face with the theatrical country harmonies the group is known for before picking up into a strummed acoustic country-pop groove. The track provides a lyrical introduction to the rest of the album, touching briefly on the many transgressions of her ex-lover that are expanded on in the forthcoming tracks. Antonoff knows exactly how to make an enduring anthem, and the near-overwhelming build-up of instrumentation backing Maines’ rage and energetic, full-voiced singing makes this a very strong way to kick off this project. The narratives Maines weaves across the album often give context to and enhance the others, making the listener understand how it’s possible that the events leading up to the final act of infidelity could have transpired in the way they did. The pre-chorus of the next track “Sleep At Night” kicks off with the incredible line “My husband’s girlfriend’s husband just called me up, how messed up is that?” and none of the other lyrics across the whole project hold back either. The rest of the track continues with a couple personal stories that Maines realizes should have allowed her to see it coming over an upbeat banjo and pounding drumrolls. The track “Texas Man” just might be the most Antonoffian here, with close collaborator St. Vincent on guitar, interjections of a triumphant horn section and steadily building shuffling percussion. The happier sound of the music seems off on paper, but Antonoff’s penchant for a soaring pop melody gives so much more power to Maines exposing just about everything she can and moving past her pain.

Still, some of the moments where Maines indulges a little more in that pain are some of the most powerful on the album. “Everybody Loves You” might be the strongest song of all here, a slower ballad backed by a passionate piano performance and tenderly plucked guitar strings that sees Maines expressing her frustration that nobody else is capable of seeing what she sees, blinded by Pasdar’s charismatic public front. Her powerful voice reaching down to her lower register and crackling a bit comes off as incredibly genuine, and when her bandmates come in to support her with beautiful harmonies on the second chorus it’s hard not to get a little misty-eyed. The back-to-back tracks “Julianna Calm Down” and “Young Man” later on in the tracklist accomplish similar goals – both tracks see Maines getting emotional as she advises her own and her bandmates’ children with her newfound knowledge about relationships gained in the divorce. As Maines only has sons while her bandmates only have daughters, she implores her bandmates’ children to find their own power and stand up for themselves against toxic relationships in the future while comforting her sons, understanding the completely different tough time they must be going through and addressing that they have lost their “hero” just as they transition into young adulthood, even movingly suggesting they “take the best parts of him” in one of the only shows of positivity towards the situation on the whole album.

Some of the biggest revelations about the narrative of the album come on the tracks “My Best Friend’s Weddings” and “Tights on My Boat,” Maines really exorcising all the demons still kicking around from the relationship. The first track sees Maines using the frame of her friend’s wedding, where she first met her partner, and the same friend’s recent remarriage and subsequent happiness as a frame for the twenty years of learning and growing in between them. A much more reflective song musically as Maines gets confessional over an aching violin and longer held notes in the backing vocals, it places more of a spotlight on the little inflections in her voice that matter. “Tights On My Boat,” on the other hand, sets the world on fire as Maines runs through the story of discovering the evidence in the aftermath of infidelity. She wishes a painful death on her ex-lover in the same breath she prays that he loses one of his socks over a carefree kiss-off of an instrumental. Despite the strength of the messages and storytelling, on the tracks that emphasize this value the most there’s a lot less focus on the engaging variation of the music in the background, one of the strongest aspects of the early album. Still, hearing Maines expressing such genuine disgust makes you root for her all the same. Of course, The Chicks don’t hold back on the politics either. The Chicks address a wide gamut of the ills of society on the stark, minimalist protest song “March March,” plainly and fearlessly sharing their opinions on abortion, climate change, school shootings, and Trump’s shady dealings with Russia. Maines’ powerful vocals and acerbic pen are both as strong as you remember, coming together to enforce their messaging. 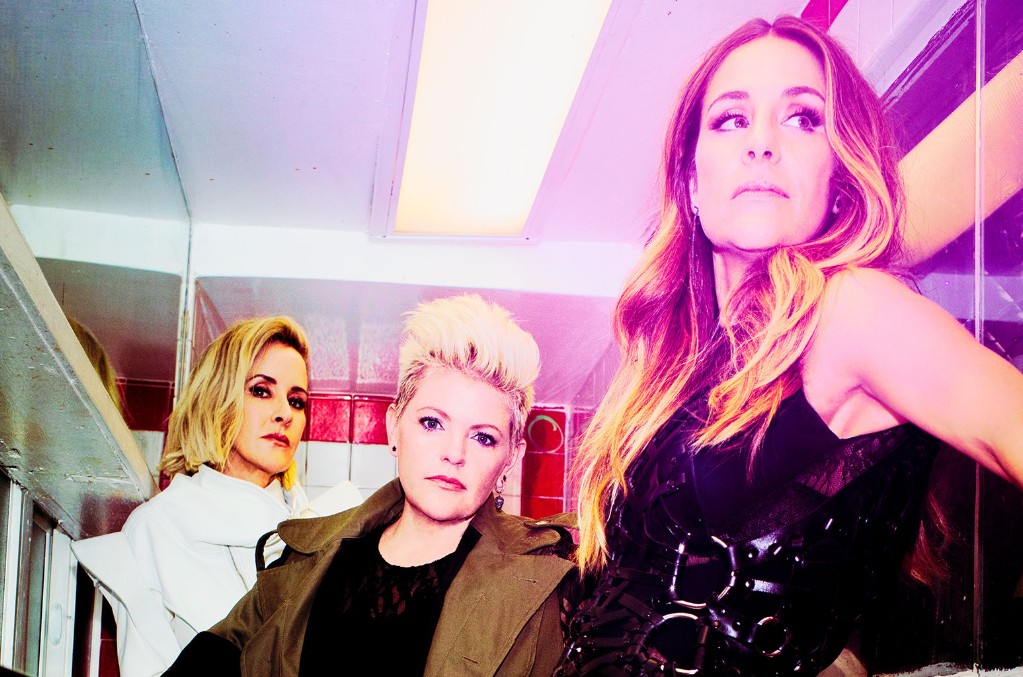 The track “For Her” is another huge standout, a 5-and-a-half-minute masterclass in the Antonoff slow build. Beginning with a muted organ, the instrumentation slowly begins to swell in, shifting through quite a few orchestral elements and fun surprises being steadily introduced one by one as it progresses to match the power of Maines’ vocal delivery. Driven by the rhythmic plucking of the banjo and some angelic backing harmonies by the end, its one of the fullest and most dynamic tracks here. The album closes out with the track “Hope It’s Something Good,” a track that feels a little out of place in the narrative of the album. Maines once again admonishes her former partner for throwing away something wonderful over another similarly slow-paced orchestral instrumental, before progressing to the closer “Set Me Free” which ties things up nicely. With another non-intrusive and somber musical backdrop, Maines expresses her desire to leave this all in the past by pleading for an end to the arguments and legal struggles, each party taking only the good memories and the knowledge gained from the bad ones with them.

Anyone teaming up with Jack Antonoff knows they’re going to get a fully-realized, sonically cohesive album with a powerful narrative throughline, and that’s exactly what he and The Chicks have pulled off with Gaslighter. A country album through and through that still fits in with the modern musical landscape, the revelatory and confessional storytelling makes up for any of the less enthralling musical moments.

Favourite Tracks: Everybody Loves You, For Her, Gaslighter, Young Man, Julianna Calm Down