UK electropop duo HONNE’s third studio album – well, technically, according to them, their first “mixtape” – has arrived, and it’s full of sentimental love songs and the duo’s typical cheery and minimal songwriting style. Recorded partially with the duo stuck apart and with less tools than usual at their hands while in quarantine, the stripped-back simplicity of these tracks becomes even more prominent in their music. When the duo touch on a great melody, this really works combined with their jazzier piano chords and honest, genuine vocal delivery. More often than not, however, the comically lovestruck lyrical content and the overwhelming sense of undying positivity attached to these upbeat tracks instead end up contributing to one of the cheesiest albums I’ve ever heard. This is indeed the kind of album that concludes with a four-minute speech about how simply smiling more will lead to a better life. Quite a few of these tracks sound like they’re intentionally written to play in the background of a TV commercial. Of course, this can be fine when you’re in the right mood for it, but listening to an entire album of it can get somewhat exhausting despite the often-engaging musical contributions in these instrumentals.

The album opens with one of its strongest songs in the title track, “no song without you.” After a brief lo-fi intro track, “dear P,” where singer Andy Clutterbuck can be heard strumming an acoustic guitar and singing what is presumably a reference track interspersed with the sound of a writer’s pen scribbling away, a beat drops as the finished product begins. A slow but undeniable groove, this track best captures the Beach Boys energy the duo has said they were inspired by when creating this album. Featuring some harmonies that steadily build up and even the odd twangy slide guitar, Clutterbuck’s delivery is understated yet powerful, humbly standing in awe of all the added meaning his partner brings to his life. As the album stretches on, more and more questionable choices begin to spring up. The following track “free love” is a much more palatable version of what is to come, really leaning into the dreamy and almost childlike quality of their idealistic depictions of romance. Lyrically describing a perfect scenario of a house on a hill, the reverb-heavy guitar descends slowly almost as if a dream is fading away, suddenly exploding into upbeat syncopated guitars, handclaps and energetic backing vocals as Clutterbuck assures that while the dream is impossible, his love alone should be enough. It’s eye-rollingly tacky, but at least it’s the kind that commits so hard to being a little ridiculous that it comes back around to being enjoyable. 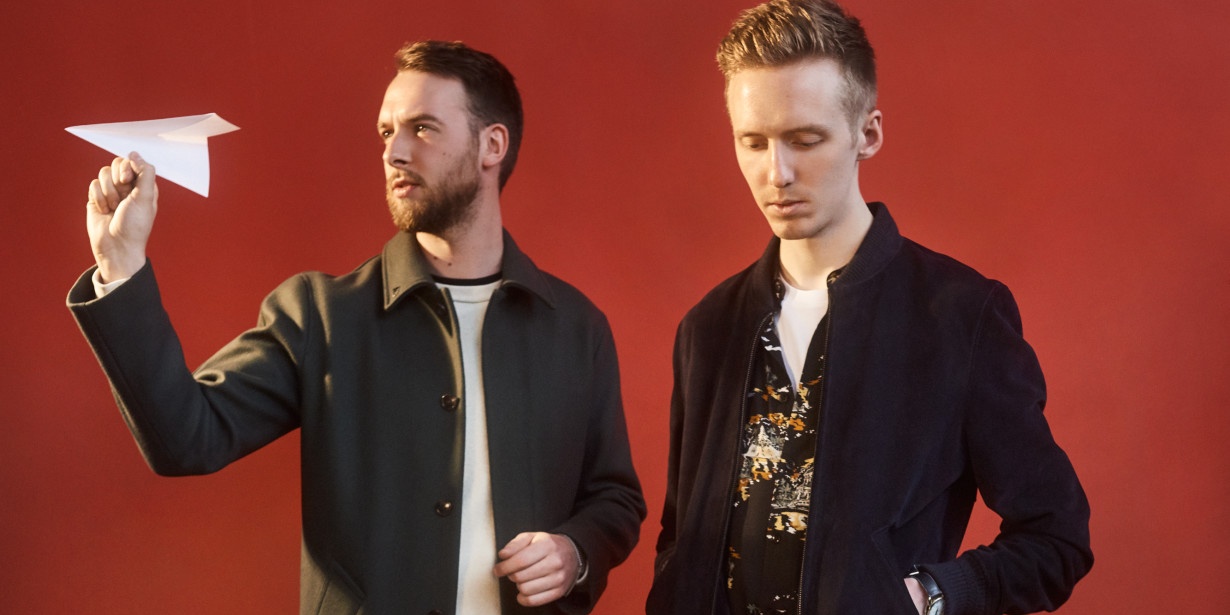 The track “by my side” is the longest here, built on an engagingly jazzy piano instrumental that ultimately falls apart with a highly rough song structure, likely in an intentional and stripped-back way but overcompensating and losing the rhythm in the process. Darting in and out of speedier chorus anchored by a simple backbeat, the transitions back to the piano sections are rushed. That stark, contemplative piano becomes increasingly self-serious and melodramatic when paired with Clutterbuck’s lyrics, functioning as a sadder narrative as he desperately asks where his partner was for him in his darker times before abruptly concluding that she was, in fact, with him all along, the instrumental quickly wrapping up with a happier jingle. There are quite a few instances on this project where Clutterbuck throws off the rhyme scheme at a critical point in the track, a tactic that would normally be used to say something show-stopping and important, but he simply offers a common platitude like “I will love you ‘til the end.” Clutterbuck spends an entire album shouting his love from the mountaintops, but it’s rare that he actually says anything unique or interesting about why this particular love is so special.

The raw quality of these tracks continues to be ultimately detrimental on a track like “one way to tokyo,” which is the kind of track featuring the sound of fake vinyl crackles. Clutterbuck’s voice in lo-fi falsetto is shaky, and when the effects dissipate, the filtered vocal effects on the harmonies don’t do much to improve it, especially when ripping off an iconic melody from Rihanna’s “Stay.” The track “can’t bear to be without you” had me rather incredulous on first listen as they take a similar approach to the lo-fi falsetto bit at the beginning of the prior track and make a full song out of it with an awkward tempo change in the middle to an ambient drum-n’-bass soundscape that would have sounded great literally anywhere else. It’s truly strange to hear how pitchy Clutterbuck’s vocals are here after his prior performances. Another strange choice is the interlude “s o c i a l d i s t a n c i n g,” which gets uncharacteristically and somewhat uncomfortably aggressive in the middle of such a happy album as Clutterbuck addresses those who fail to adhere to the new rules of society. The fact that it’s sandwiched between two of the more generically starry-eyed declarations of love doesn’t make much narrative sense. This guy really says “I’ve got a little thing for you and it looks like my heart, ‘cause it is my heart” to open the song “loving you is so easy.” The lyrics across the board really take you out of the experience. 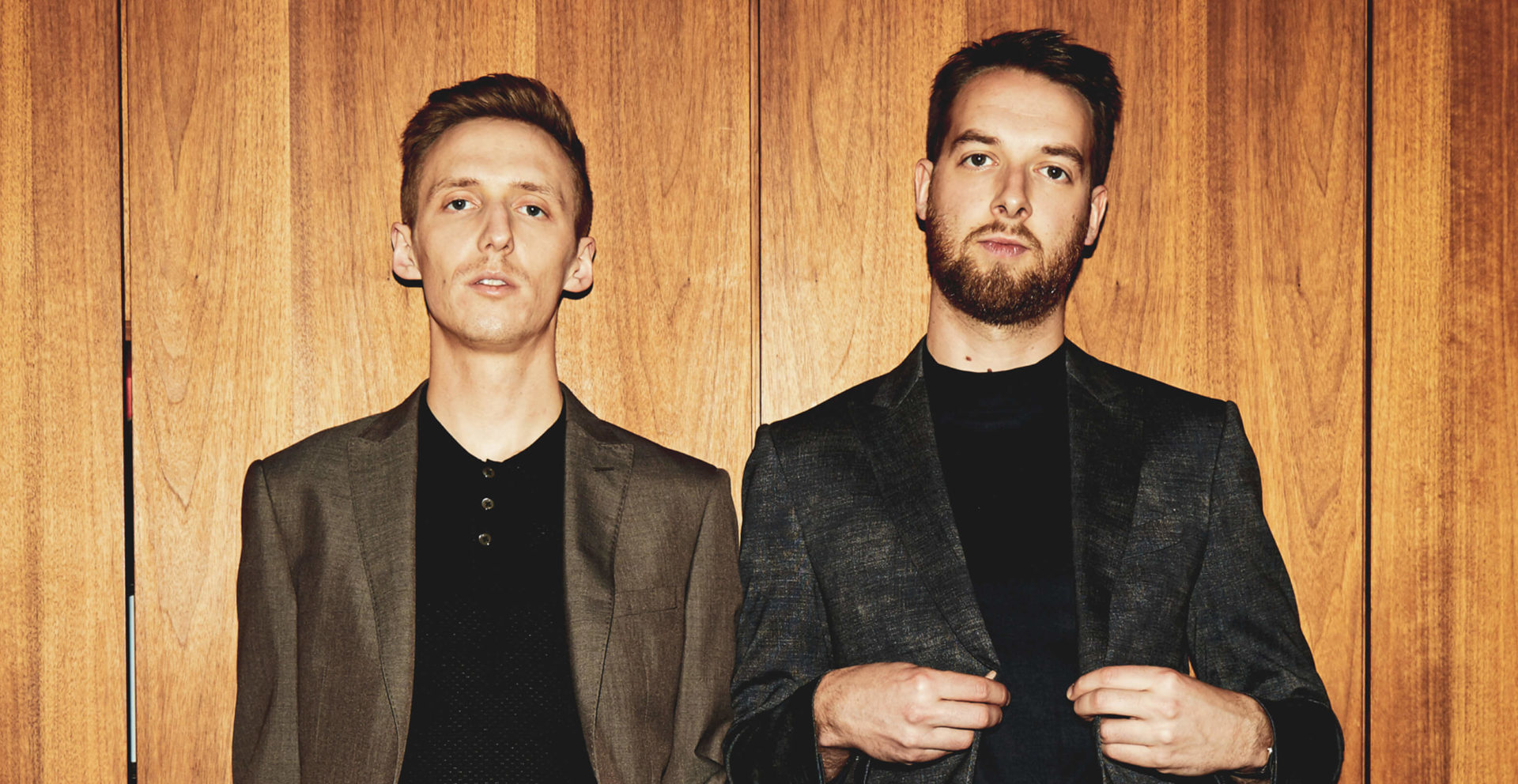 There are so many aspects of what HONNE is doing here that should come together into a great song, but there’s always one misguided aspect of these tracks that ends up throwing off the balance. When it all works out, we get a song like “la la la that’s how it goes.” As Clutterbuck’s soft, breathy vocals fail to disguise all of the genuine emotion behind them, he describes him and his partner coming together to make perfect harmony through a variety of musical metaphors as the instrumental behind them offers delightful, rhythmic synth stabs. Honestly, the backbeat sounds a little like Wii music, and the melody in front of it actually earns that instantly feel-good quality. The chorus, of course, represents their perfect musical union, getting suddenly louder and the instrumental filling out as Clutterbuck unleashes a anthemic “la la la” melody, backing vocals coming in to support him. The final full song, “gone gone gone,” is another highlight, the lyrics finally telegraphing the first signs of trouble in this perfect relationship as Clutterbuck believably vows to be better with one of the better melodies here.

no song without you certainly shows off the skills of HONNE as music producers, but falters heavily in the songwriting department. More variety in the subject matter here likely could have made the project more enjoyable, because their musical style is all their own, but the tide of positivity is a little overwhelming here.

Favourite Tracks: la la la that’s how it goes, no song without you, gone gone gone

Least Favourite Track: can’t bear to be without you