After making enormous waves in bringing the unique sounds of New York drill to the mainstream and tragically passing away at age 20 only a few short days after dropping his breakout mixtape, Pop Smoke’s posthumous debut studio album – what a strange phrase – has arrived. Executive produced by legendary rapper 50 Cent, whose influence on Pop Smoke’s work was undeniable, it appears that most of the project was completed with care. Structured like a true album in order to show off new areas of Pop Smoke’s versatility and hitmaking charm, the album is a huge step up from anything he had put out before and results in a heartbreaking display of missed potential. Although Pop Smoke’s highly original husky and intimidating vocal delivery always excited me, the scattershot beats and sparse aggression of New York drill never truly caught my ears. Instead, Pop Smoke largely breaks away from the genre here and shows off just how many ways he can use the gift of a voice he had. He sounds eerily similar to 50 Cent himself at times, delving into slow jams and more melodic rap cuts that bring to mind the classic sound of G-Unit. As with many posthumous albums, there are more than a few haphazardly assembled tracks and questionable feature verses, but this is an excellent way to cement a legacy.

For all of the genre-hopping on the project, it’s fitting that what is likely to become Pop Smoke’s defining album both opens and closes with the sound that drew people’s attention to him in the first place. Although the heavy AutoTune on Pop Smoke’s more than capable vocals and glitchy, hard-hitting beats falling randomly around his flow on a track like “Aim for The Moon” are far from my favourite sound he brings to the table, this celebration of his style is made all the more touching later on. The album closes out with an interview where Pop Smoke states his desire to “change the game” with a new sound. The opening track also features Quavo in his first of a perplexing three appearances here, diminishing the value of every track he’s on. Above all, the appeal of Pop Smoke is his menacing, deadpan sound – Quavo’s cheesy, upbeat antics can work great when they’re needed, but they are the furthest thing from what a Pop Smoke track needs. 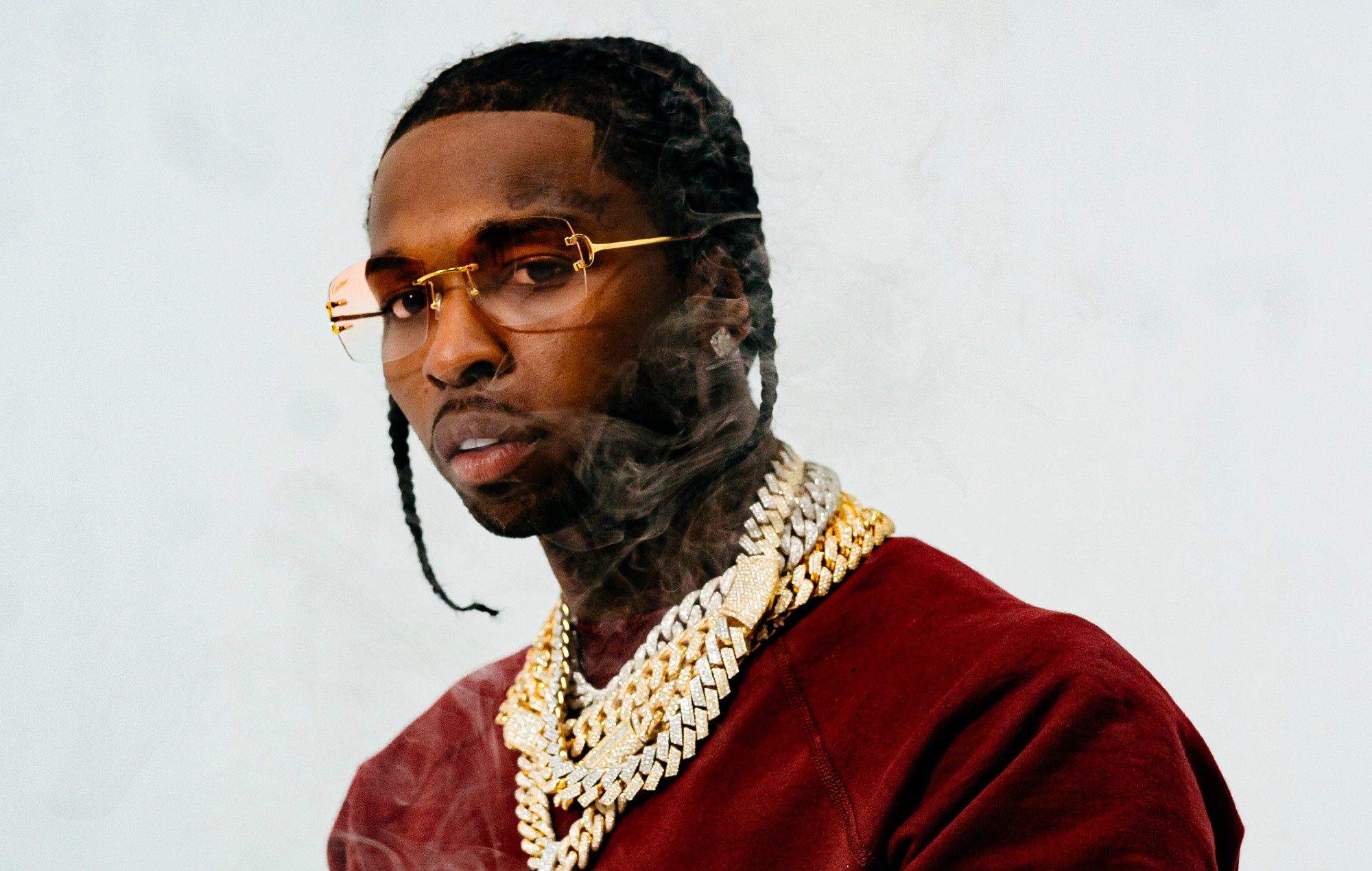 The album picks up into an excellent run with the track “For the Night,” as two of the most in-demand rappers in Lil Baby and DaBaby hop on the track and pale in comparison to Pop Smoke’s monstrous mic presence. Although we didn’t hear much in the way of melodies from Pop Smoke before now, that calm yet threatening aura he so easily projects translates spectacularly to a singing voice as well, interacting with a somewhat unconventional trap hi-hat pattern and well-placed silences for an instantly memorable hook. The ability to sound so simultaneously understated and gargantuan was a hallmark of 50 Cent’s career, and Pop Smoke draws heavy inspiration from the best things about his classic tracks – especially on the track “Gangstas,” which could have fit in on any classic album from a G-Unit affiliate. Over deliciously nostalgic minor piano keys, Pop Smoke issues some characteristically passive-aggressive threats with a laid-back slower flow, drawing out his words and really making his presence on the track felt. “44 BullDog” is another huge highlight that sees him put more bass than ever in his voice and add some layering. With a speedier, unrelenting flow, Pop Smoke’s raspy vocals sound almost demonic as the beat sucks up all the air of the track and forces all the attention onto Pop acting as the devil on your shoulder speaking right into your ear, providing you with the pent-up energy to do something drastic. It’s a buzzing, chaotic feeling coursing through your body that I haven’t felt this strongly since Denzel Curry’s TA13OO.

Interestingly, the smoother, more R&B influenced tracks function even better at times because of the sheer novelty of putting someone with Pop Smoke’s vocal style on them. Most rappers in his style wouldn’t be able to make it work as well as he does here, and it really speaks to the versatility he can bring without losing what makes him special. The track “Yea Yea” opens with bright synth chords and old-school slow jam percussion before Pop Smoke descends on the track with percussive single-word bursts that would be more expected on one of his drill tracks. It took my ears some adjustment, but completely won me over by the end especially as Pop Smoke issued some of his more quotable and charismatic bars. Closer to the end of the album, he relies quite a bit on nostalgia as he samples and reworks some classic tracks, but his modern spin on a classic sound really sees him earn his place to be messing around with some untouchable works. The tracks “Something Special” and “What You Know Bout Love” see Pop Smoke tap into his R&B crooner side more than ever, bringing new energy to Tamia’s “So Into You” and Ginuwine’s “Differences” and using his deep voice to seductively coast over some smoother instrumentals, while the track “Got It On Me” sees him take up one of hip-hop’s most well-known hooks as he flips 50 Cent’s “Many Men.”

Quite a few of the feature verses on this project seem phoned in and tacked on at the last second, so much so that most of them were blown out of the water by a feature that was literally phoned in. The track “Make It Rain” features Rowdy Rebel, who delivers a verse from prison over a collect call and still ends up competing with Pop Smoke on one of the harder tracks here. The track’s beat sounds like the music on a carnival ride sped up to a terrifying, disorienting level, and Pop Smoke’s voice is the kind that can activate a fight or flight response. Swae Lee of all people is a complete surprise with how well he handles the chaotic drill beat on “Creature,” his high-pitched voice functioning as a perfect yin and yang with Pop Smoke’s hazy cadence – I love the injection of the guitar into the beat halfway through as well. Unfortunately, due to some of these songs not having quite enough Pop Smoke content to make a full track, some songs sound thrown together in addition to the subpar feature verses. Tracks like “West Coast Sh*t,” “Diana” and the lyrically nauseating “Mood Swings” honestly still see Pop mostly delivering good work, but there’s absolutely no place for artists like Tyga, Lil Tjay and King Combs alongside him. Pop Smoke was so much in his own lane that placing nearly anyone else beside him sounds almost laughable. Of course, 50 Cent himself appears alongside feature king Roddy Ricch on the track “The Woo,” another one with a great hook as the three rappers all show off a lot of personality, Pop sounding chillingly like a young 50 as he sings “Candy Shop” in his verse.

I admittedly thought that Pop Smoke was extremely boring and one-dimensional throughout his releases while he was alive, so to hear him finally display the versatility I was searching for on his first posthumous release is nothing short of devastating. Pop Smoke set out to introduce a new sound, and in his very short time on Earth, he became more influential than many artists could ever hope to be. I only wish we had seen his own fully realized vision for this project.

Favourite Tracks: 44 BullDog, Something Special, Gangstas, What You Know Bout Love, The Woo