After a couple of agonizing delays for this massive fan of their debut, pop-rock sister trio HAIM’s third studio album has finally arrived. While Days Are Gone was a gamechanger as HAIM exploded onto the scene with their sharp songwriting and pristine rhythms, the added sheen of production and looser song structure on their follow-up Something To Tell You certainly saw the band in the dreaded sophomore slump. As we move into the present, however, it’s becoming a lot clearer how HAIM’s evolution on their last record was much more of an important stepping stone to a significantly improved final destination – Women in Music Pt. III. With much more genre-hopping as the sisters venture further than ever before into the emotional vulnerability of country-tinged songwriting and even a little bit of a reggae flair on a couple tracks, this album sees them harness their flair for the experimental in a way that boldly steps into unexplored territory but never loses the upbeat, highly rhythmic HAIM essence that set them so far apart from their contemporaries back in 2013. Backed entirely once again by two of the greatest producers in the business – former Vampire Weekend member Rostam and frontwoman Danielle Haim’s significant other Ariel Rechtshaid – this is a fine return to form.

The album opens with “Los Angeles,” a highly appropriate track to herald the return to an endearingly raw sound as the band analyze their love-hate relationship with their hometown. The drums are no longer so canned, live and punching loudly through the mix as HAIM coast through a breezy vintage pop sound and personal lyrics. The humour and sarcasm return to the lyrics as well, especially as Danielle tosses an abrupt “NOPE” at a New York City winter, accompanied by a dissonant guitar chord. The sisters’ penchant for sweetly sung harmonies fits right in as well, Danielle’s siblings channelling the backing singers of an old-school girl group intermingling with a saxophone and the ongoing bustle of a cityscape. It’s nothing like we’ve heard from them before, but it is quintessentially HAIM all the same. 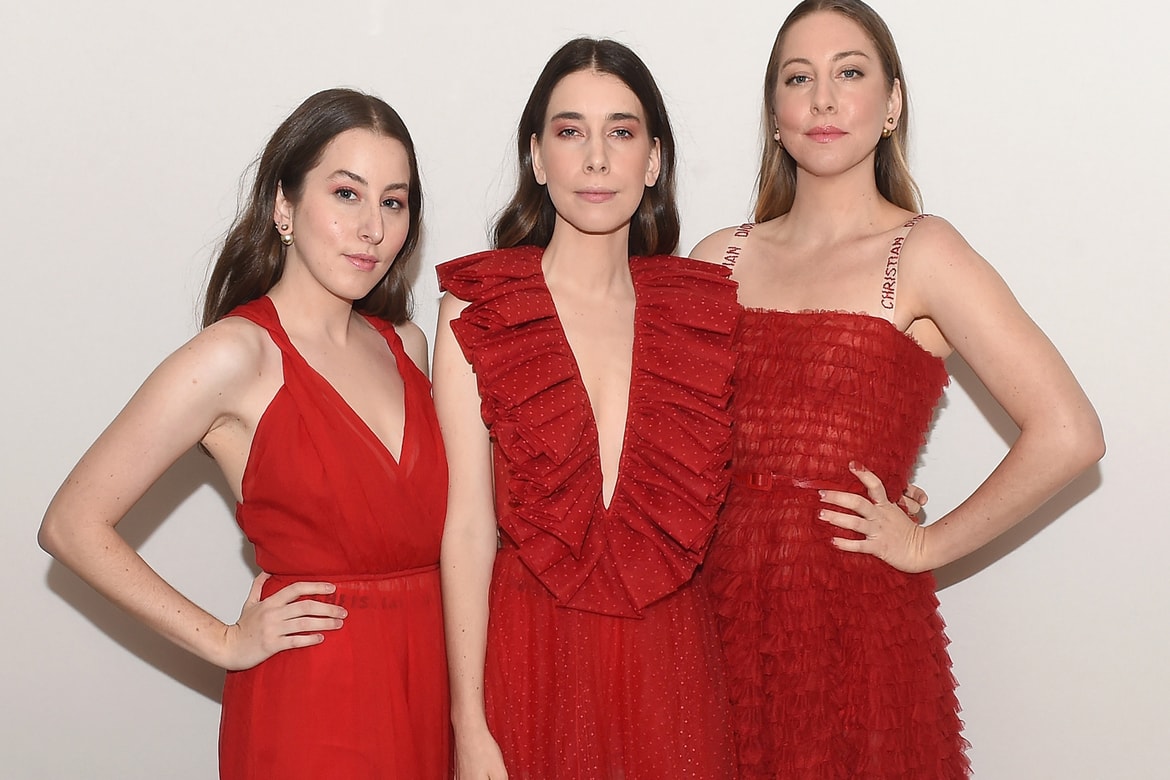 The country edge that colours nearly half of this album appears for the first time on another standout track, “The Steps,” introduced with the twangs and crackling wails of guitars reminiscent of classic southern rock tracks before Danielle takes the opportunity the genre provides to break from the locked-in rhythms a little bit. Pouring her words out in a jumbled, incredibly human stream of consciousness, she describes her confusion with a communication disconnect in a relationship. The sisters all attack their instruments in as percussive a way as possible to fully illustrate the unending frustration behind the song’s lyrics. The band’s debut had quite a few people comparing them to Fleetwood Mac. Songs like these see them come closer than ever to truly earning that, their lyrics cutting a little deeper to finally match the high level of musicianship that’s been there from the beginning. The band fully embraces that acoustic, folksy goodness and even put a little twang in their voices on tracks like “Man from the Magazine” and the excellent “Leaning On You,” where they strip back the instrumentation and really place emphasis on their words, displaying their vulnerability in romantic admiration and powerfully addressing the sexism of the industry, even quoting a distasteful question from a journalist.

The album strangely hits its only weaker patch near the beginning, but even HAIM’s experimental forays that don’t quite come across as strong as intended are still much more admirable than before due to the increased cohesion of the project as a whole and the increased vulnerability of the lyrics. Quite a few tracks on this project dive into Danielle Haim’s clinical depression, and the stark, emptier mixes that back up a couple of the tracks where she addresses it manage to create powerful moments regardless of their replayability. The track “I Know Alone” alternates between quieter moments of Este Haim’s somber bassline intercut with spoken-word passages, and a skittering breakbeat reminiscent of UK garage. It never quite comes together musically, but the word painting of Danielle’s profound loneliness and the mental chaos that can abruptly accompany it is a great achievement. “Up From A Dream” functions similarly, a messy jumble of heavy guitars suddenly forcing their way onto the mix to parallel the terror of waking up back into the real world, alarm clocks blaring as the track fades out. A lot of it comes across as therapeutic for the sisters and cathartic for the listener, and in that sense, the greatest way they address it is “I’ve Been Down,” a more upbeat track with an instantly anthemic chorus where the sisters acknowledge all the great things in their life in the verses, then throw up their hands and release all the negative feelings that still somehow persist on the chorus.

For all of my joy that HAIM mostly returned to mixes with live drumbeats, the track “3 AM” is one experiment that they tried here that really worked out. With more of a hip-hop edge than ever before, the band drop into a strut of a tempo that matches their confident walks down the street in all of their music videos. Alana, the youngest sister, takes over on lead vocals to humorously describe her experiences with late-night phone calls set to a pounding hip-hop beat and DJ scratches as the harmonies warp once again to fit more of a 90s R&B mold. Shortly after is the track “Another Try,” another great experiment. A watery pop jam with a reggae tempo that sees the sisters tap into the most sweet and tender side of their vocals, the chorus captures the nervous excitement of a potential reconnection in a relationship before a horn section blares in to complete the slow build. “Don’t Wanna” is the centerpiece of the album, a track that Alana has described as “classic HAIM” and mirrors the sound of their debut the most here with a couple extra country twangs from the guitars. A snappy and simple rapid-fire melody, it’s the kind of masterpiece the sisters can accidentally make in their sleep this many years in. It just feels good. The album closes with the track “FUBT,” another stripped-back track with powerful lyrics. In one of the greatest vocal performances here, it sees the sisters tearfully ignoring red flags in a relationship. The song shows just how far they’ve come in emotional potency once again.

HAIM stepped onto the scene with the most polished of pop-rock tracks, but now they’re on their way to finding the perfect balance of their signature sound and a good dose of gritty realness and emotional power. They’ve always been incredible musicians – anyone who has seen them live can attest to that – and this is a huge step in discovering who they truly are as artists.

Favourite Tracks: Don’t Wanna, Another Try, The Steps, Los Angeles, I’ve Been Down

Least Favourite Track: Up From A Dream