After the tragic passing of so many of its most influential artists, the boom of pop-punk influenced emo-trap seemed like it might have been a short-lived yet undeniably powerful wave. People like 21-year-old rapper iann dior are still carrying the torch. I’m Gone is a brief 9-track project that sees dior putting his own experimental spin on the unique combination of hard-hitting trap instrumentals and grungy alternative rock and pop-punk elements in the lyrics, vocal tone and melodic structure – there’s even an interpolation of the All-American Rejects’ classic track “Gives You Hell.” The existence of a generation of rappers who grew up on that stuff and are now applying the elements that inspired them to the genre that currently has the most global audience has always been endlessly fascinating to me. Although there are certainly a couple moments here where dior feels wildly misguided in his artistic direction, there are just as many stunningly refreshing tracks that pay off.

The track “Paradise” is a strange choice for an opener, as it is honestly the only track here that doesn’t show any of dior’s individuality and unique approach, for better or for worse. Coasting over a shimmering and spacey palate and mostly adapting to chilled-out melodic trap tropes to fit snugly on your party Spotify playlist, dior had me thinking from the get-go that this would be another hip-hop project this year that sinks into the background and makes little effort to stand out from the pack. The rest of I’m Gone is anything but that. The following track “Pretty Girls” – the All-American Rejects flip – immediately revived me from my slumber as soon as what sounds like a live, heavy rock and roll drumbeat kicks in and introduces the chorus, blending the two distinct styles the track pulls from together in a more seamless and crisp way than I’ve heard almost anyone accomplish. All of dior’s tracks are very short, brief injections of energy that really achieve their aims when he leans heavily into both the percussive nature of trap hi-hats and flows and the edge of rock instrumentation, and this is no exception. The greatest strength of dior’s approach to the genre is a perfect balance, as he alternates from the pop-punk cadence and emotional delivery of the chorus and the smoother hip-hop approach to the verses that shows off his versatility and a knowledge of where his strengths lie that many of his contemporaries never seemed to have grasped fully. 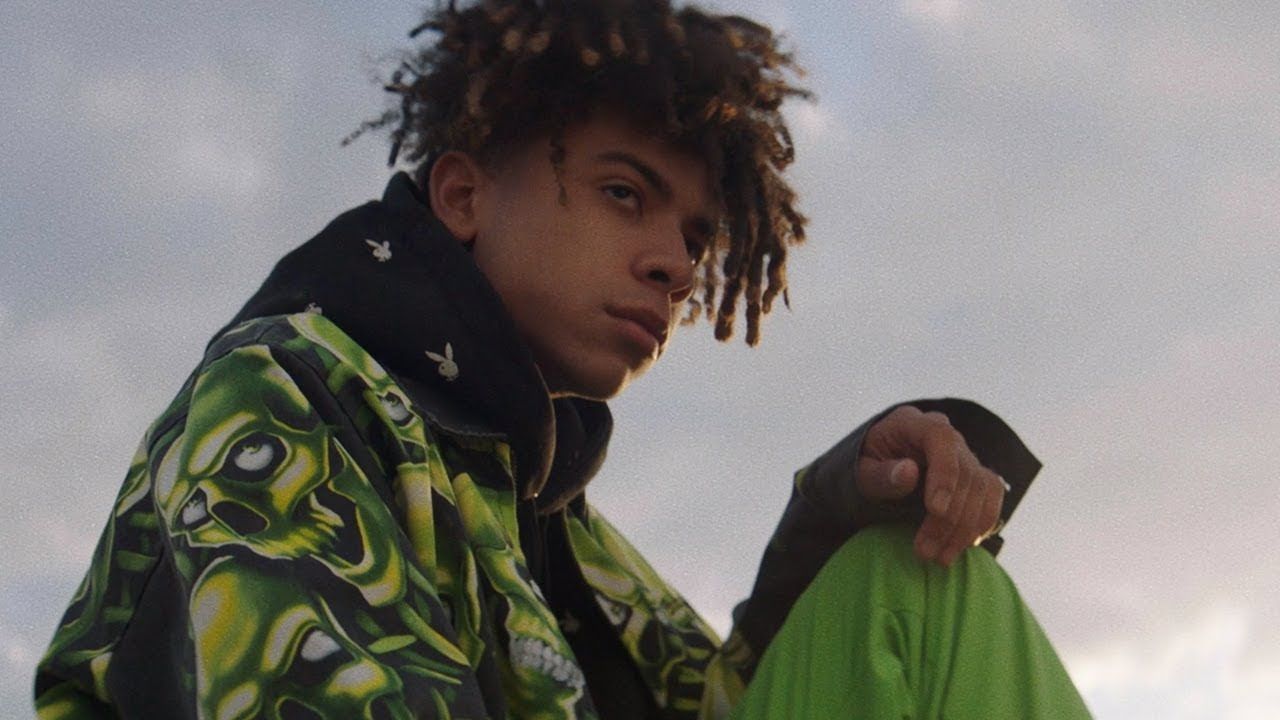 The next two tracks, “Sickness” and “Shameless,” continue an excellent run of three as each lean slightly to one genre direction or the other but maintain just enough aspects of what makes dior’s individual set of talents special. “Sickness” opens on a very raw acoustic guitar loop that brings to mind some of the folksier stylings of someone like XXXTENTACION before the music cuts out, a haunting backing vocal an octave up is applied, and a huge trap beat descends onto the track. Fittingly, dior takes an extended interpolation of a Juice WRLD lyric, another fallen artist who clearly had a huge influence on his style. There’s something about the braggadocio in dior’s lyrics that makes his work come across as something fresher, more of a confident and well-thought out artistic decision instead of the often-uncomfortable exorcism of demons and unfiltered rage characteristic of the usual melodramatics accompanying an emo-trap beat like this one. “Shameless,” on the other end of the spectrum, is an all-out experimental trap banger that offers a blistering and satisfying lyrical attack in only a minute and 46 seconds. Taking the melody out of his voice, dior raps over a grinding neon synth line that provides a similar kind of grungy rock tone as he brags about his “rockstar lifestyle.”

The track “Psycho” doesn’t quite reach the same heights, but if anything, it just shows how much limitless potential dior has. Another more hip-hop leaning track, dior’s flow once again becomes more typical of standard trap cuts, but it is punctuated by some almost PC Music-esque electronic percussion noises that give his words an elevated sense of rhythm and send shots of energy coursing through the track. In one of the greatest singular seconds of music I’ve heard this year, dior offers a flippant “yeah, whoa” as the beat cuts out and returns with an electrifying 8-bit synth tone that quizzically never returns – why not base the entire instrumental on that moment? dior has a lot more to explore and discover in the future. 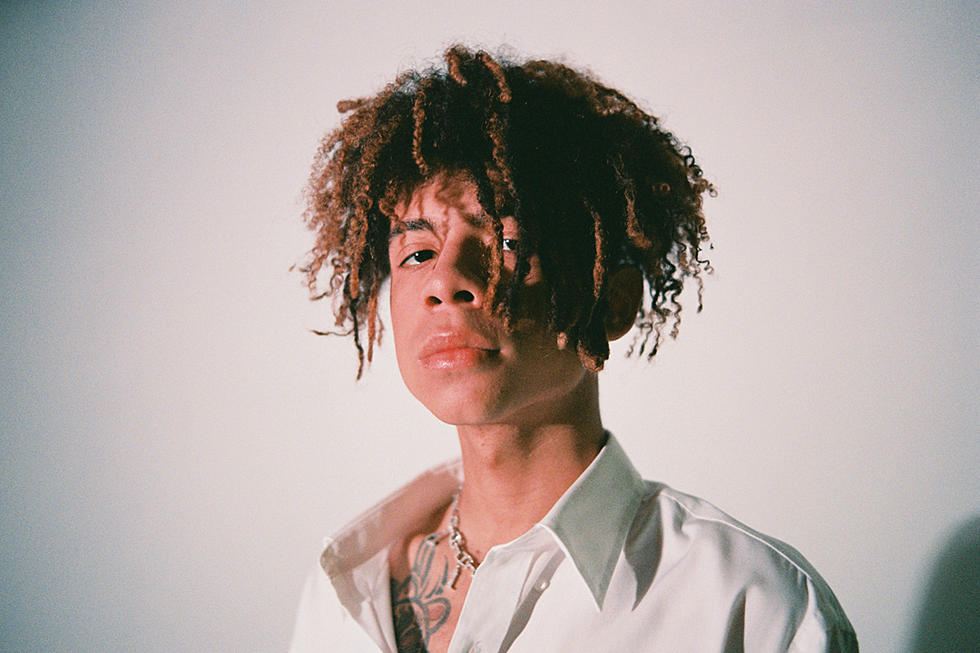 The back half of the tracklisting falls off a bit after the highs of the first couple tracks, especially with the song “Sick and Tired” which features Machine Gun Kelly and legendary drummer Travis Barker. This is the song where dior commits the absolute hardest to a pop-punk aesthetic. While his influences from the genre are an inspired touch to his work, this track proves that he shouldn’t go all the way in that direction – though, I will give him credit for pulling it off better than MGK does here. With a plucked guitar backdrop and a whiny hook that drowns in the mixing of the bass and Barker’s drums, this is the kind of awkward reach for a crossover success that legitimately spawns numerous comments praising dior for achieving the impossible task of not cursing in it. The tracks “Runaway Kid” and “Good Day” feel a little half-baked in comparison to some of the other tracks here, not coming across as memorable as some of the other tracks here but certainly catching my ear with a couple hooks as dior puts forth more genuine emotion than most. The closing track “Prospect” sees dior teaming up with sales king of the moment, Lil Baby, and big-name producer Wheezy for a strong conclusion. Over a driving trap beat applied to an incredibly refreshing use of a traditional Chinese string instrument, dior and Lil Baby spit some pretty straightforward verses but certainly leave a lasting impression of their willingness to be a little weird.

dior’s project is full of big hits and big misses, but the hits are an incredibly exciting development in a genre that looked to be potentially dying out alongside its biggest hitmakers. Already racking up hundreds of thousands of streams on Spotify, if dior is going to pick up the torch and lead yet another wave, I’ll be eagerly waiting for where this is headed.