Run the Jewels’ last album dropped mere weeks after Donald Trump’s election victory. Now, the provocative rap duo returns once again at a time when the world needs a soundtrack to a revolution more than ever. Recognizing this and releasing RTJ4 for free a couple of days early, the incendiary political commentary and spellbinding technical skill Killer Mike and El-P are known for is once again on full display, but now with an added layer of meaning, especially as they drop some lyrics that tragically predicted recent events with upsetting specificity. Part of what has always made RTJ so appealing is how much they continue to balance their shockingly real takes on global politics with the goofy charm and camaraderie that should come with a great rap duo, building each other up with increasingly outlandish punchlines. Instead, the songs that hit hardest in our current moment come when they throw aside the braggadocio and powerfully address the years of building social unrest since the last time we heard from them. El-P’s futuristic and lush arrangements are always some of the most imaginative and evocative work in the rap game, and they are once again a home for Mike’s impassioned bellow and El’s dry, sarcastic sneer as they issue some much-needed lyrical uppercuts to just about the entire world. With an all-star roster of legends along for the ride, this is RTJ’s best and most poignant work yet.

For just how dark and dismal Run the Jewels’ commentary on society can be at times, it can be easy to overlook just how much fun these two best friends are clearly having making music together and joining forces in this “side project” that has now lasted seven years. This irreverent charm comes through in spades in the concept of the punishingly hard opening track “yankee and the brave (ep. 4),” where the two imagine themselves as the gun-toting mobster stars of a television show that sees them each take up the role of an embodiment of their local baseball team. As soon as the kick-drum immediately punches you in the face a couple times and Mike drawls “back at it like a crack addict” and continues with some dizzying internal rhyme schemes, you already know this is set to be one of the best rap albums of the year. El-P calls someone a charlatan. Of course, in the world of the television show, the antagonists are the police, and the RTJ brotherly chemistry is re-established as they trade brief verses back and forth while El swoops in to save Mike as he is cornered by 100 cops and contemplating ending it all – after all, he still owes him money. It’s simultaneously dark and hilarious, which is a theme that continues. First, however, there are a couple standard-issue Run the Jewels bangers in the early goings of the album, and they can certainly run in the same circle as some of their most energetic tracks of the past. 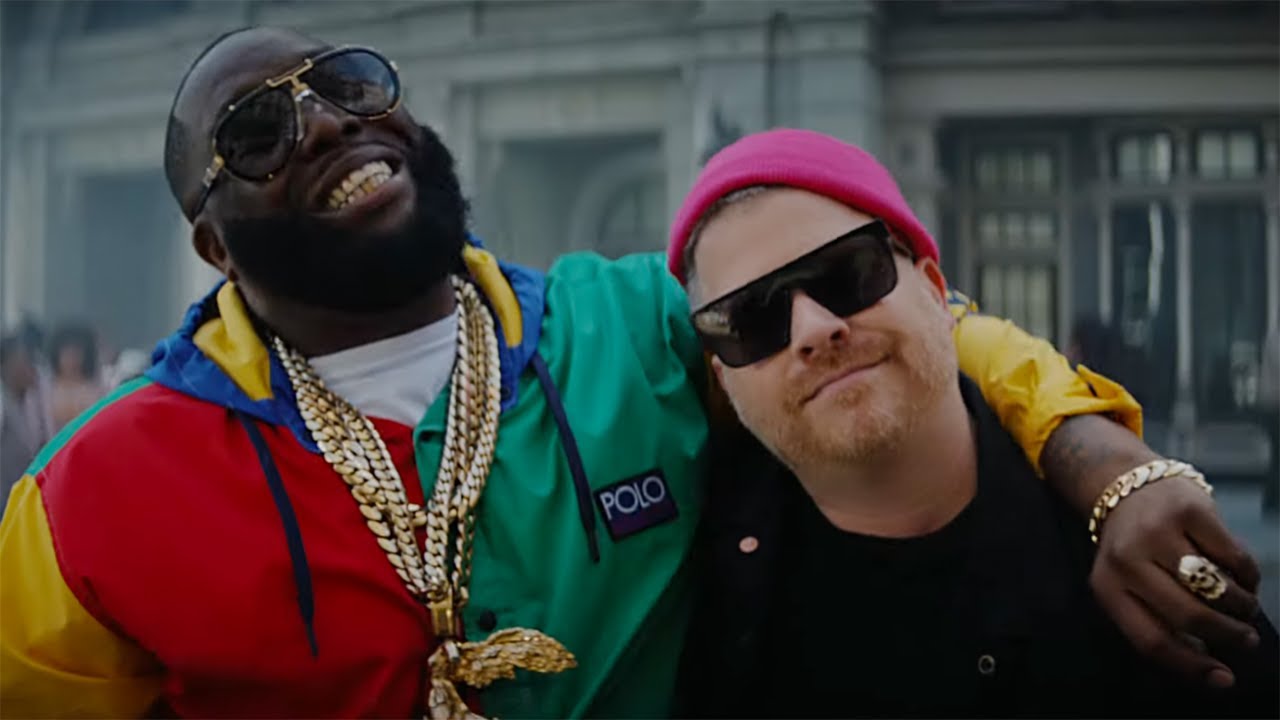 “out of sight” might just be the beat of the year, a distorted rumbling bassline syncing up with vocal samples that give the track a half-time feel that only makes the speedier flows stand out more. It appears on the track most devoid of political commentary as the “menaces to sobriety” recruit 2 Chainz – who else – for a personality-driven romp through boastful one-liners and percussive vocal performances that hit just as hard as the beat. The track “ooh la la,” as well, might be the duo’s greatest ever single in a highly competitive category. Built around a looping earworm of a sample from Gang Starr’s Greg Nice as he boisterously throws out some French and a slightly dissonant piano instrumental, El and Mike throw out some of their most impressive flows and quotable bars. Mike compares himself to the Joker and drops some references to some classic lyrics and ad-libs of some rap legends on a track where two rappers in their 40s draw on all of their experience to establish themselves at the forefront of music today with some decidedly old-school techniques – the legendary DJ Premier even shows up to do some record scratching at the end. It’s a dichotomy that El-P usually seems to be chasing with his beats, thankfully free of the tired trap tropes of today and harkening back to the boom-bap days, but augmenting everything with futuristic and electronic sounds and creating these lush and complex sonic landscapes that do their job in creating something truly interesting to listen to but never overshadowing the powerful truths that the two rappers in front of them need people to hear. His beat switch on the track “holy calamaf*ck,” which might as well be an El-P solo track with how much he dominates in his time on the mic, sounds like a terrifying warning siren as he criticizes government drones. El’s forthcoming verse as he goes on a psychedelic time travelling trip and spreads the gospel of the truly awful times he lives in to the cries of a child yelling “fire!” is easily one of his best ever. It’s not his only time travel bar either, as he hilariously cancels his “Hitler-killing trip” on the track “the ground below” that also features a brilliant sample flip from post-punk icons Gang of Four that gave me real chills.

By the time the tracklist hits its halfway point with “walking in the snow,” Run the Jewels toss aside most of the more frivolous elements of their work and really get to work on getting some truly moving political narratives out there. Other than El’s sarcastic “golly gee” as he warns that blindness to the struggles of marginalized groups will ultimately catch up to you, as they’ll be coming for you next, his talk of mass graves and the hypocrisy of religious right-wingers supporting the ICE detention camps is some pretty bleak stuff. But as someone living the experience, Mike’s verse where he plainly lays out the systemic problems with racism from one’s birth until he ultimately suffers the same fate as George Floyd with chillingly specific lyrics for a track recorded long before the incident is absolutely soul-wrenching as he mourns humanity’s lack of empathy. The track “JU$T” not only packs similar themes into one of their catchiest tracks, but places Pharrell Williams and Rage Against the Machine’s Zack De La Rocha on the same track. Pharrell dryly runs through a list of modern slavery techniques on the hook – after all, the monetary rewards one receives for mastering the system that oppresses them are adorned with the faces of slave owners. A bone rattle of a beat kicks in, the fire in De La Rocha’s screaming vocals appropriately underscoring the anger in Mike and El’s more laid-back flows fitting into the intentionally tonally jarring track. It’s a pretty brilliant mixture of musical worlds to communicate a powerful point. 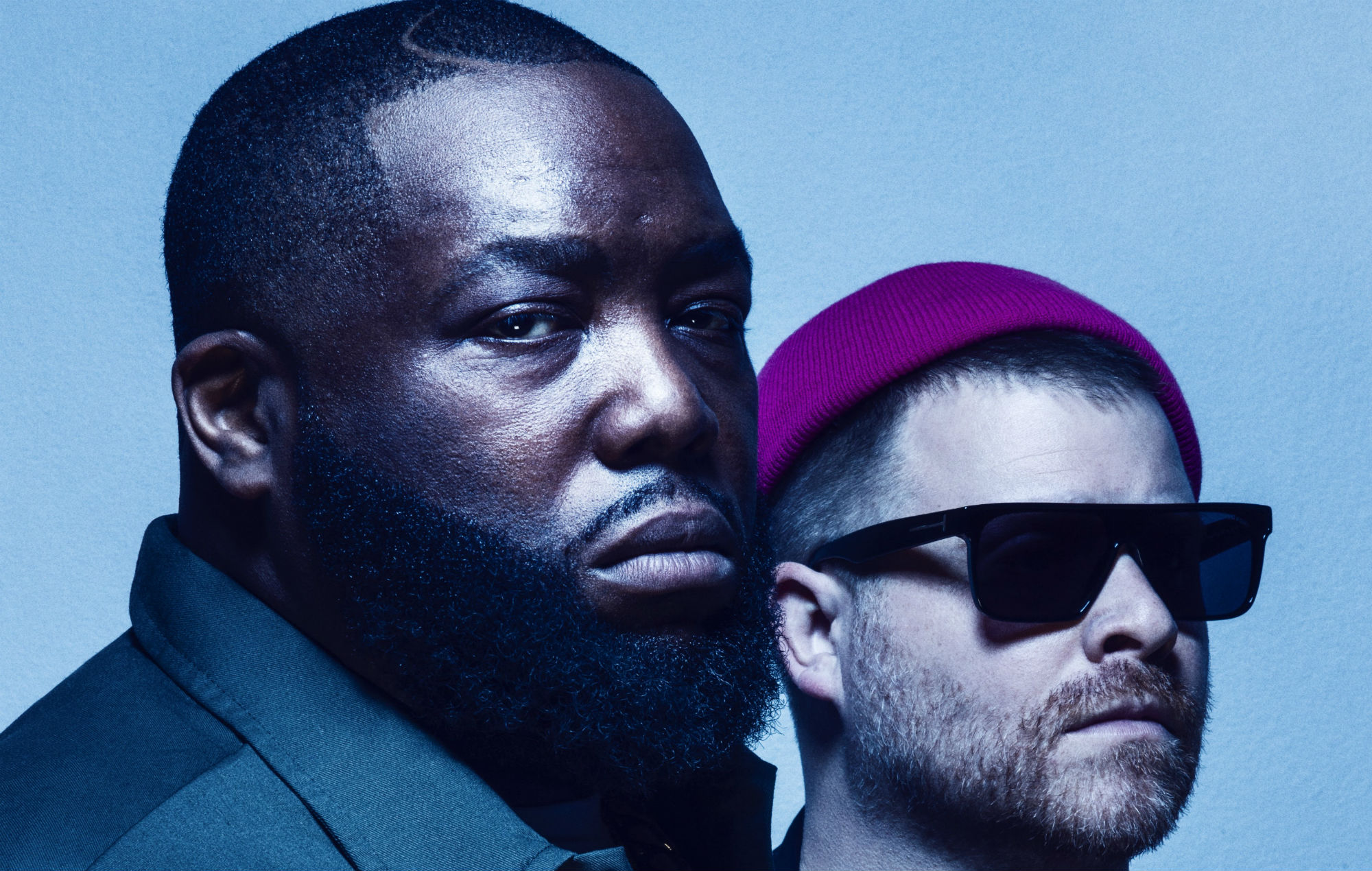 Things get even darker on the final two tracks. “pulling the pin” features an absolutely heartbreaking and pained vocal from living legend Mavis Staples as she compares those committing injustices to pulling the pin of the grenade in her heart and letting the true depths of her rage and anguish out. Mike and El transcend the political here, making sure people understand that the coming fights are much deeper than that and reaches into the spiritual level, truly defining the essence of humanity itself should we allow such injustice to continue. Mike calls for a “biblical” level of violence to accomplish their aims if necessary, as an instrumental aided by Queens of the Stone Age’s Josh Homme distorts and retreats into sadder descending guitar tones. “a few words for the firing squad” is as depressing as it sounds, the two unleashing a final salvo against their foes before being executed for their views, but El-P takes the opportunity to go all-out and create an experimental jazz-rap masterpiece as the album’s outro that really captures all of the hurt the two have expressed here without a single word.

If there’s any criticism about this project, it’s the same things that have followed RTJ forever – their hook game sometimes leaves a couple tracks feeling empty and awkward, but that’s never what these tracks are about. RTJ4 comes at the perfect time to act as a soundtrack for the devastating times we are currently living through, and even if the context weren’t there, these are two of the most skilled lyricists working today at the top of their game.

Favourite Tracks: out of sight, ooh la la, JU$T, the ground below, yankee and the brave (ep. 4)