Can we as a society please come together and collectively agree to stop tolerating lowest-common-denominator mid-tempo trap music that sounds like it came off an assembly line? Young Thug protégé Lil Baby has returned with his second full-length studio album My Turn, but you’d be hard-pressed to distinguish it from his first. Spanning an absolutely mind-numbing 20 tracks and an hour in length, Lil Baby and his collaborators run through the exact same routine that is somehow still selling, dropping some casual laid-back flows and a woozy, disinterested cadence over slowly lurching instrumentals punctuated by the all-too-familiar hi-hat patterns that liven things up just enough to prevent the listener from falling asleep. While there are a couple scattershot highlights here and there due to some standout feature verses and infrequent production from trap mastermind Tay Keith, Lil Baby inexplicably continues to be one of the most popular new school rappers despite doing absolutely nothing to establish a unique voice or artistic presence of his own.

My Turn gets off to a decent start with the track “Get Ugly,” one of the only tracks where it actually sounds like Lil Baby is happy to be here as he rhymes over some triumphant shimmering synth lines and delivers the classic story of his come up, looking back and reminiscing on how he made it with a melodic chorus, something that’s oddly absent from most of the rest of the project. One of the things that make Lil Baby actually serve as a great contrasting presence most of the time when he shows up on other people’s albums is his ability to weave catchy melodies into his bars in the verse or the chorus without sounding like he’s really trying, so hearing him simply spit straight bars on almost all of these tracks when he is essentially a charisma black hole at the same time is an absolutely exhausting experience when listening to this album from front to back. It’s laughable already just how indistinguishable he is from Gunna on the second track, “Heatin Up.” 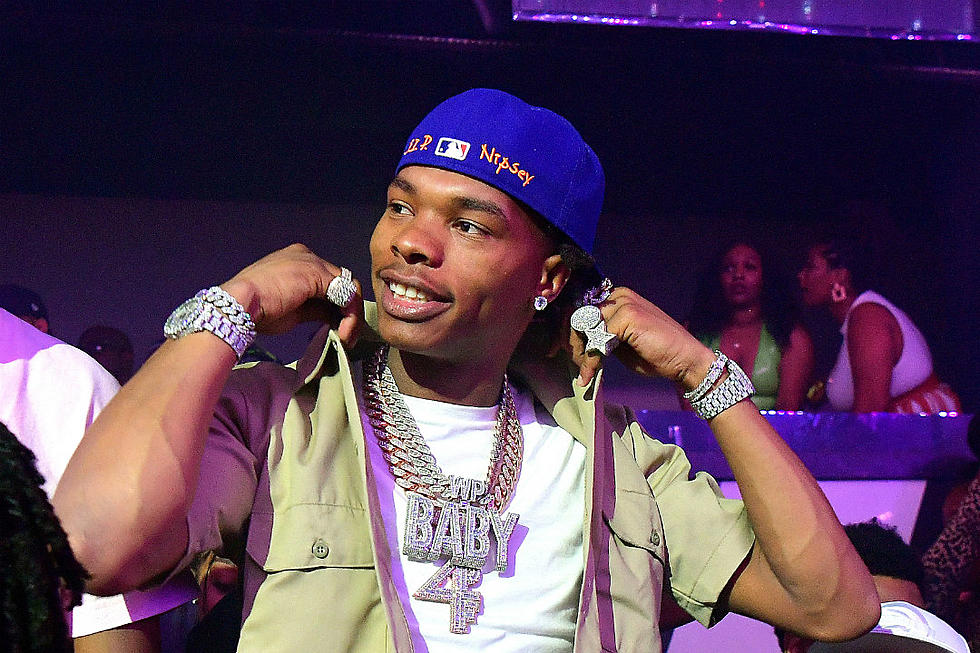 Not all the features are disappointing, however – there are only really two tracks I thoroughly enjoy here, and they’re both easily enhanced by a guest verse. The track “Live Off My Closet” actually sees Lil Baby adapt to Future’s high-energy deep-voiced flow surprisingly well, the rumbling bass of the track finally turning up the urgency before Future himself arrives to dominate and flex hard, comfortable in his domain. The track “No Sucker” functions in a similar way – evidently, I was simply craving a little bit of fire in Baby’s voice – with a hard-hitting feature and quotable lyrics from Moneybagg Yo, the dynamic interplay between the two artists reminding me of the energy that makes the best Migos tracks work so well.

It’d essentially be completely impossible to pick and choose specific tracks and explain why they’re ineffective individually – this entire project sounds like one hour-long incredibly boring track at times. The formula for almost every song is exactly the same, coming very close to the absolute worst offenses of lazy and uninspired trap music production that I’ve heard over the many years the genre has now dominated. To make a Lil Baby song, simply take a slowly shifting synth tone or reflective, somber-sounding piano loop that gives some kind of illusion of grandeur or importance, taking any semblance of engaging rhythm out of the instrumental in the process. Instead, place all of the rhythmic responsibility on the trap beat that accompanies it, but in order to not overpower Lil Baby’s chilled-out delivery, it can’t be too energetic and should relegate itself to only the most basic and overused patterns of hitting once on every beat and throwing in the odd triplet. I had so much hope for the track “Same Thing,” because it’s essentially one of the only times the instrumental doesn’t follow exactly these rules, ironically enough for the song’s title which describes most of the album. It rides a tropical guitar loop from Tay Keith that really breaks up the monotony, but of course this had to be one of the tracks where Lil Baby phoned in his vocal performance the most, falling off the beat a couple times.

The fact that the lead single, “Woah,” was essentially shamelessly designed to become a trend on TikTok tells you all you need to know about the amount of effort Lil Baby put in here – every single one of these tracks was assembled by going down a trap music checklist that would qualify it to be the expected background music at social functions or in videos for social media. Not that there’s anything wrong with TikTok, its stranglehold on the music industry at the moment is one of the most fascinating developments in pop culture, but as artists like Lil Baby and Justin Bieber have now learned, trends never catch on when it’s so abundantly clear that’s what you’re aiming for. They happen naturally.

Making it to the back half of this album is a gruelling task that makes me feel like I’m in some kind of awful interrogation scenario where I’m tied to a chair and being forced to listen to the same song over and over again until I break. Having unfortunately done it twice now, my eyes glaze over and I enter some kind of dissociative state until it’s over. Unless these big-name uninspired trap releases start dying down sometime soon, I’m seriously re-evaluating my decision to cover the week’s most popular albums regardless of what they are, because my sanity can’t take much more. I’m sure it works fine in your playlists, but this isn’t album music.

Favourite Tracks: Live Off My Closet, No Sucker