Songwriter extraordinaire turned solo act Julia Michaels returns with another shorter set of tracks about a year and a half after the release of her previous EP, Nervous System – a project which I felt didn’t live up to the level of quality that its two excellent singles, “Issues” and “Uh Huh”, promised. Inner Monologue Part 1 improves on its predecessor, recruiting some of the past year’s most successful pop producers in Ian Kirkpatrick (Selena Gomez, Dua Lipa) and Louis Bell (Post Malone, Camila Cabello). The two craft fuller instrumentals that support Michaels’ traditionally dark and personal songwriting and electrifying vocals. Despite standing at only 6 tracks, Michaels continues to leave her own unique mark on the pop music landscape.

The project kicks off with “Anxiety”, a duet with none other than Selena Gomez, who has come to possess a similar whispery timbre in her more recent releases. Michaels immediately dives into her conflicted feelings about her struggles with anxiety and its effect on her social life, wishing she was at home when out with her friends … and vice versa. The acoustic chord progression shines a light on the more serious topic before the bass and percussion kick in for one of Michaels’ most well-structured and catchy melodies yet in the chorus. Gomez does her best Michaels impression on her verse, squeezing as many words into a line as she can and giggling at her own spoken asides. The slow build culminates in some great harmonies and some muted gang vocals behind them turning the track into an obvious future concert anthem, the two tackling a complicated and widespread matter in the kind of simple, yet deeply poignant and personal way that something like Logic’s suicide hotline song attempts but could never pull off. 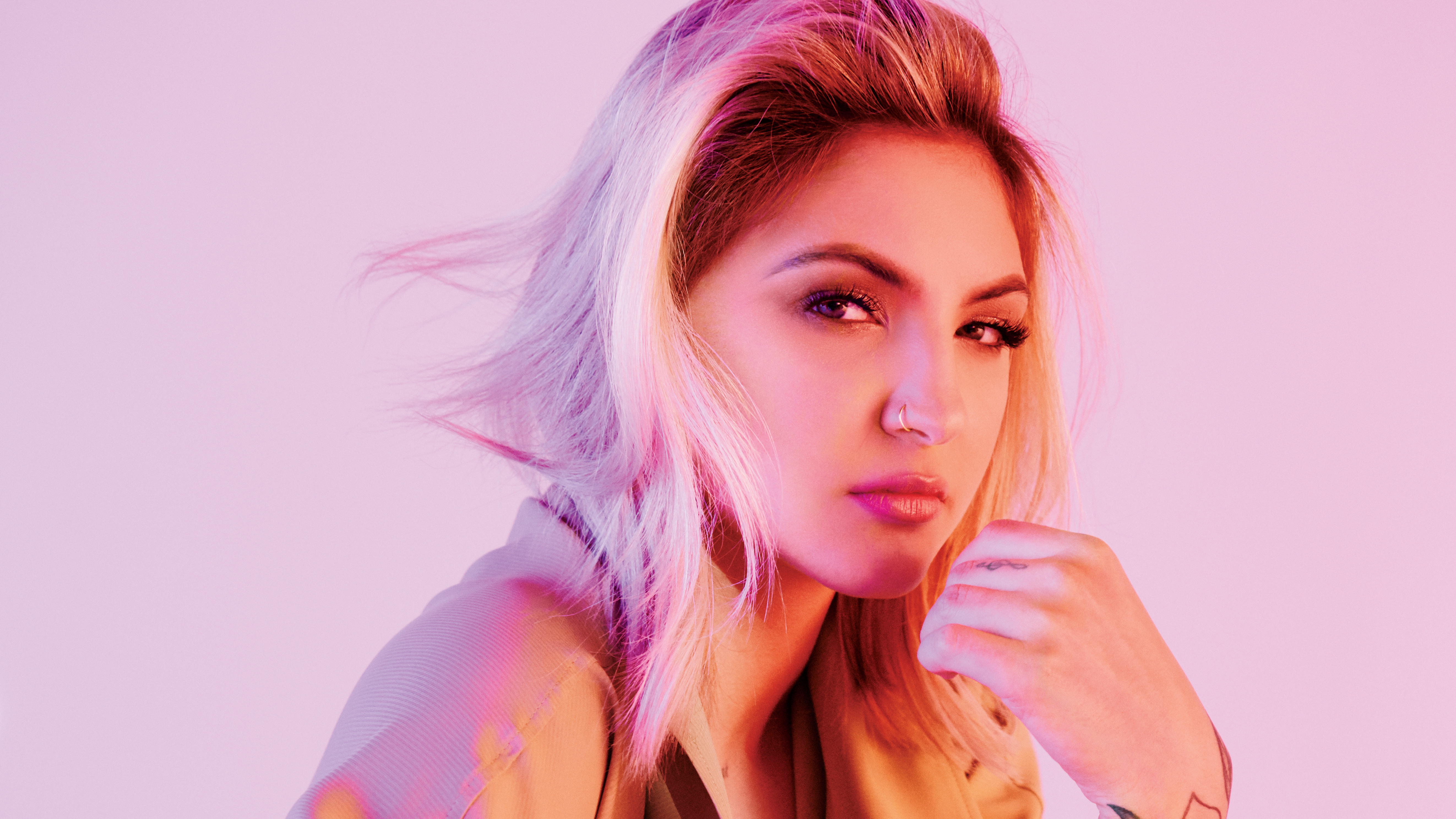 “Happy” dives even deeper into Michaels’ chaotic psyche, specifically in the realm of relationships and their effect on her career, with the rawest vocal delivery in her career so far. “Sometimes I think I kill relationships for art … I pay my bills with it, I watch them fall apart then pay the price for it” is one of the most heart-stopping lyrics I’ve heard in a long time, especially when Michaels sounds like she’s right on the edge of breaking down in tears, some serious rasp that we haven’t really heard before in her voice. If it’s not the most musically engaging track on the project, the disjointedness as Michaels falls off the rhythm to calm down her vocals a little and dejectedly state “I just wanna be f**king happy” fits in a completely different way.

The back-to-back tracks “Deep” and “Apple” are getting the least attention, but they’re easily the two best here, Michaels finding and sinking in to a signature sound. “Deep” recalls the kind of rhythmic structure that feels like it could fall apart at any second, reflecting Michaels’ anxious but excited vocal moments, that made “Uh Huh” such a compelling track. The chorus rapidly alternates between these pounding, straightforward chords and a kind of bouncy synth-funk section as she is pulled between the hurt of a previous relationship and the excitement of a new one, her angelic backing vocals floating above it all as the track reaches its conclusion. 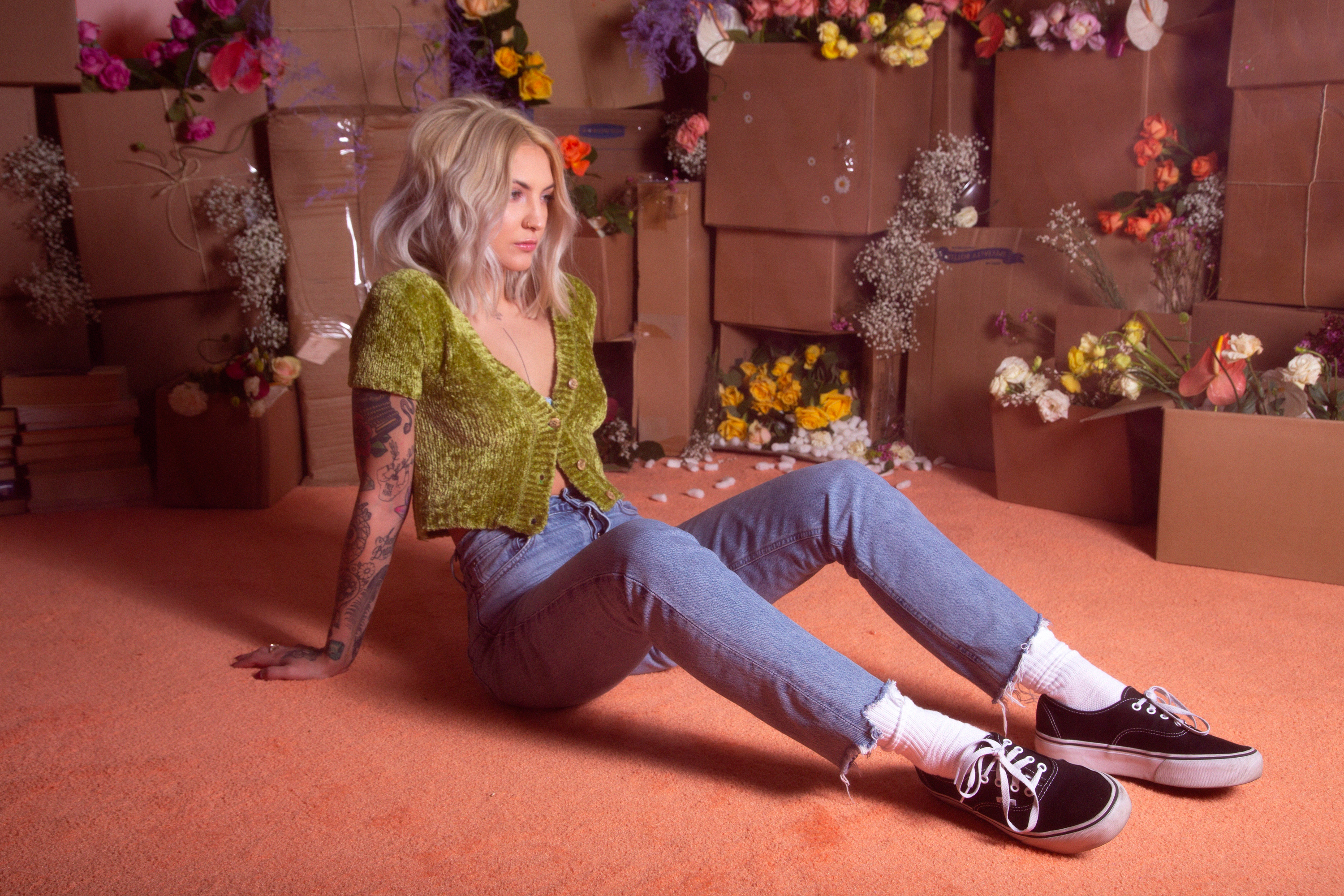 “Apple” is the aftermath of the previous track, an adorable acoustic love letter where Michaels’ vocals are placed fully in the spotlight. The quieter nature of the track really brings out all the tiniest, beautiful moments in her fascinating and distinctive instrument. I’m in love with those couple seconds before the second verse, where the music cuts out and she just lets out this effortless, harmonized melody. Her vivid, detailed songwriting paints the picture of complete romantic bliss. The final track “What A Time”, a duet with Niall Horan, is a pretty straightforward pop song built on some repetitive acoustic chords, but hearing the two emotional vocalists together is enjoyable nonetheless.

“Into You” is the only real miss among the six. Michaels’ vocals are Auto-Tuned on the song, which combined with the sharp clipping on the percussion and quicker tempo of the song makes the whole thing sound overly computerized. The whole thing is a bit of a mess structurally, dropping into a couple separate hooks that don’t last long enough to be effective. Michaels’ lyrics are still as compelling as ever, but the Auto-Tune is the biggest tragedy of the song. The quirky inflections and squeaky, imperfect bits of Michaels’ voice are what drew me to her in the first place and fit perfectly for delivering the emotionally charged material that she does – imagine if the same effect were put on a track like “Happy”! Michaels’ voice needs to be left completely unfiltered.

Julia Michaels continues to carve out her own place in the music industry – the way she arranges her tracks can be somewhat flimsy at times, but more often than not it fits the themes that she’s able to communicate so well through her lyrics and delivery. There’s no one who sounds quite like her, and every so often she strikes gold.

Least Favourite Track: Into You