Eclectic UK experimental pop/R&B singer and producer James Blake’s 4th studio album Assume Form has been anticipated for a while, as he continues to expand his discography by appearing on the projects of just about everyone who matters, whether it’s Beyonce, Kendrick Lamar, Frank Ocean or Travis Scott. I was surprised to see people in hip-hop communities so ready to post their thoughts on this album – Blake’s vocals are slow-paced, chilling and emotional – but he has made a name for himself as both a counterpoint to and a legitimizer of hip-hop music as an art form to be taken seriously, even if his sound is pretty far removed from it. He brings Metro Boomin and Travis Scott aboard here, but he also brings people like acclaimed flamenco breakout star Rosalía and the powerful, cathartic vocals of Moses Sumney. It’s an album with its twists and turns, and it doesn’t all click quite perfectly, but Blake delivers an ambitious, complete project here.

The title track that kicks off the album is a disjointed, glitchy mix of some absolutely beautiful musical segments, mostly orchestral and hip-hop percussion – it sets the tone for the rest of the project pretty well. There are always these exciting motifs, but Blake might snatch them away just as fast and whisk you down some other incongruous musical corridor suggesting you should just enjoy them while they last. It’s tough to say that I’d come back to a lot of these tracks, but it’s certainly a new kind of sonic experience. Those classic James Blake withering falsetto harmonies are present across the board and stronger than ever as well. 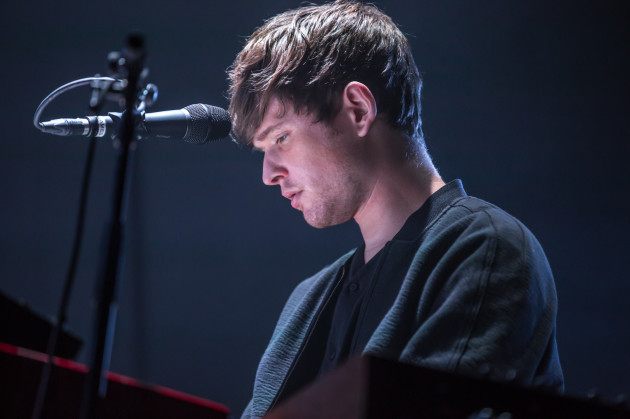 Up next are the back-to-back Metro Boomin tracks, and it’s pretty fascinating to hear these two pioneers from different worlds blend their styles together. “Mile High” features Travis Scott, and minus Metro’s trademark skittering hi-hats, it removes the typical dark atmosphere of a trap cut and replaces it with these vivid, glacial synths and Blake’s yearning, emotional tone. The fact he somehow made Scott sound like he fit right in is a testament to how much Scott’s sound dominates the current musical conversation – but Blake knows exactly how to warp it just enough to put his own personal spin on it. The next, “Tell Them”, is a lot more traditional trap, but it puts the incredibly natural soul and rasp of Sumney on top, inverting the genre in the complete opposite way. In a world where we’re clearly getting tired of the Migos formula, this is just what we needed to kick off 2019.

Speaking of guests, Rosalía is such an unexpected yet logical addition to Blake’s world on “Barefoot in the Park”, the two voices intertwine perfectly, similarly understated but Rosalía’s breathiness nicely supporting Blake’s more forward, nasal approach. The addition of some more traditionally flamenco production when Rosalía sings the verses in Spanish is a great touch as well.

While it’s not as mindblowingly experimental as a couple of other tracks here, there’s something to be said about the strength of Blake’s ear for a simple great pop melody as well, which he applies on more straightforward tracks like “Can’t Believe the Way We Flow” but perfects on the gorgeous “I’ll Come Too” later on in the tracklisting, a romantic track built on a looped sung “ooh” melody and the shimmering violins coming in quietly on top of the mix when he sings his most emotionally charged lines. “I’ve got nothing to lose with you”, he sings, throwing his voice around a little bit but sounding so blissfully happy in the process.

The second half of the project kicks off with the rhythmically off-kilter “Are You in Love?” that combines these soothing, 90s-esque synth-piano chords with this rubbery tone in the forefront that just skitters up and down the scales recklessly, the twinge of uncertainty reflecting Blake’s lyrical questioning of a partner’s authenticity.

The experimentation goes off the rails a little bit at times here, the ambition of a couple tracks going in a different direction than I was expecting them to. He generates something completely new, but it somehow turns out different than a “something new” that I see as a logical evolution of where things are at the moment. “Into the Red” is one of these songs. It begins with some layered harmonies and orchestral production, but this abrupt cut introduces a twangy guitar melody which seems completely out of step with the rest of the track, especially as it builds back up with some absolutely stunning moments at the end as Blake just extends these high notes as these warm orchestral chords build – I just can’t get fully into it when this repeated riff that sounds like it’s from some kind of country music parody is playing on top.

“Where’s The Catch?”, a track with the inimitable Andre 3000, doesn’t really come together either, Andre delivering yet another technically spectacular verse as some upbeat production comes in behind him, but Blake’s surrounding contributions don’t match him in intensity, the repeated hook falling off the pitch and slowing down the tempo as soon as Andre finishes.

It’s easy to see why so many high-profile artists call on this guy who still hasn’t cracked the top 10 on the Billboard album charts – there’s not many who can execute a fully realized vision as well as he can. Despite a couple of off-kilter diversions, this album goes many different places but is still unapologetically James Blake.

Favourite Tracks: I’ll Come Too, Tell Them, Barefoot In The Park, Mile High, Are You In Love?