Not typically an albums artist, Danish electropop singer and frequent EDM collaborator MØ releases her sophomore studio album and first since 2014, though she did drop the When I Was Young EP last year. Forever Neverland is a mostly enjoyable collection of shimmery uptempo dance-pop influenced tracks, MØ shining through with the unique vocals that make the tracks she’s featured on stand out so much. Her crackly tone always makes for an interesting listening experience, and often in collaboration with a few superstar DJs and producers across the board here, creates a selection of club-ready, fun tracks. There are a few misses here and there, but for the most part this is something to turn your brain off and enjoy.

After a brief intro, the first track “Way Down” immediately drops into the overdone dancehall beat that backs up most dance-pop songs at the moment, but almost as soon as it begins MØ overrides the sense of over-familiarity with some anthemic and layered group vocals building up to a speedy drop featuring a great, bouncy synth bassline. MØ distorts the formula just enough to create something that you can enjoy for being tried-and-true and easy to consume, with the slightest of twists. The primary writer on all of these tracks, MØ knows how to craft a catchy melody – the next track “I Want You” is instantly memorable, with some rapid-fire lyrics and a melody that’s simultaneously repetitive and impressively showing off her range. As the instrumental steadily builds up in intensity throughout the track, as she dives into that last chorus and the percussion explodes it’s a powerful and gratifying moment. There are multiple tracks here where MØ follows the Francis and the Lights model of layering her vocals with Prismizer and something about the computerized distortion fits her voice well – it’s employed well on the track “Blur” despite the more disappointingly straightforward instrumental drop afterwards. 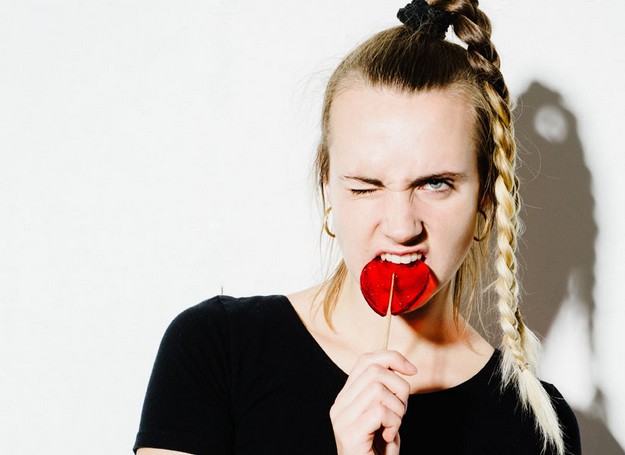 MØ saves all of her big-name collaborations for the album’s middle, kicking off with yet another track with Diplo titled “Sun In Our Eyes”. The dynamic duo team up for one of the most radio-friendly, by-the-numbers pop tracks here, but again, there are still some pop formulas that exist for a reason, and these two are seasoned veterans in following the greatest ones. Diplo provides some full, very summery synth chords here that really wrap MØ’s joyful, celebratory vocals here in the right kind of exuberant musical world – the guy can rarely go wrong. “Mercy”, a team up with former Flume member What So Not, is uncharacteristically low-key for the future-bass artist, built on a few piano chords that highlights a yearning, enormous chorus from MØ that works pretty well as she strains up to some higher notes – some live percussion finally kicks in for the final chorus and it becomes clear just how well-crafted a track it is when all the elements click together. And of course, the similarly sassy Charli XCX appears on “If It’s Over”, a manic and glitchy track where the two confidently kiss off some bad relationships.

Late in the tracklisting, “Imaginary Friend” might be the best track here, actually reminding me of some of Charli’s best work. The chorus instrumental immediately grabs your attention more than the other tracks here, MØ singing in her lower register as a distorted higher-pitched voice echoes her over some synth stabs that quickly cut in and out for a much more rhythmic track. The accompanying rapidly cascading noises and embellishments make it sound like you’re entering a dream sequence and continue to immerse you in the track.

There are definitely a couple tracks here where the formula begins to wear thin, usually the case when putting together a larger number of upbeat, dancier tracks into album format. “Nostalgia” is a track that stands out as being pretty unlistenable in comparison to the quality of most of its counterparts here, bringing back the generic dancehall beat but dropping into a chorus that just seems completely off with the layering and harmonies. She uses the same kind of layered group vocals but they don’t line up as perfectly here, especially when going for such a huge sound with a more percussion-based, minimal instrumental. MØ also delivers some half-rapped, half-casually spoken sections in the verses that just throw off the rhythm of the track and sound awkward. Closer “Purple Like the Summer Rain” feels a little rhythmically disjointed as well, the prominent percussion on the track feeling like it’s too fast for the vocals in front at times.

A few songs just fall barely short of expectations as well, like the track “Beautiful Wreck” which features what might be the best build-up on the album with some Zedd-style vocal manipulations that culminates in a lackluster and low-impact drop, or “Red Wine” that features an enjoyable reggae flavour that breaks up some of the dance-pop monotony but features some stranger lyrics in the chorus that takes me out of it. These tracks are still pretty good, but it just makes it more evident that the creation of tracks like these can be low-effort at times.

Forever Neverland is a much more enjoyable collection of tracks than most in her genre – it’s never easy to put such high-octane music into an album format without it feeling exhausting after a while – and that’s a testament to her approach and personality being a lot more individual than her counterparts as well. Teaming up with some veteran hitmakers here, one of the most prominent voices in the dance scene keeps on rolling.

Favourite Tracks: Imaginary Friend, I Want You, Sun In Our Eyes, Mercy, Way Down