Uncategorizable alternative duo Twenty One Pilots release their fifth studio album, and first after becoming household names with 2015’s uneven but hugely successful Blurryface. While I’ve often struggled with the duo’s consistency in the past, as they seemingly mashed disparate styles together for no reason other than the fact that they could, Trench sees them take better control of their more outlandish artistic impulses, combining it with the catchy pop songwriting and heart-wrenchingly descriptive and personal lyrics that made them such a success previously. While their mid-song transitions could still use some work, Trench is the best kind of wildly versatile project that somehow works cohesively, and it’s likely their best work yet.

Kicking the project off with their heaviest song in years, we’re immediately dropped into the droning guitars of single “Jumpsuit”, which introduces just how great the production across the board is going to be on the project – there are so many little details that enhance the world of the song, especially as it ties into the conceptual landscape of the fictional city of Dema that each song is tied to. Something like cutting back to just the menacing bassline for a second in the paranoid second verse works wonders. One of the most consistently engaging things here is how well they’ve fit their more commercially oriented pop choruses so well onto the darker, heavier instrumentals of their past. Writing an inescapably catchy chorus is still one of frontman Tyler Joseph’s greatest strengths, a few of these tracks drawing on 80s synthpop in their most pop-oriented moments. Not many of them stay in that mode for the whole song, but “My Blood” does, and it’s a pretty euphoric experience.

“Chlorine” might be the catchiest hook of all here, though. A more low-key track, the cascading piano embellishments and major-key fanfare of a bassline add to its memorability. The back-to-back tracks “Nico and the Niners” and “Cut My Lip” both dive back into the subtle reggae influence the band has borrowed from in the past and do it better than ever before. The way the vocal modulations on “Nico” frame the drop into the final, speedy rap verse on the track makes my heart skip a beat every single time, while “Cut My Lip” features a final, repeated refrain built for an arena to sing along to. It’s one of the most emotionally sung tracks here as well, Joseph reaching into his upper register. “Pet Cheetah” is just … absolute madness. The glitchy, lurching synth-bass collides with in-your-face hip-hop production for a track that quickly switches back and forth between the panic-inducing hellscape (in the absolute best way!) of the former and the softer, sung sections of chorus.

As usual, Joseph addresses some pretty heavy topics across the board here as well. On the track “Neon Gravestones”, he muses on the romanticizing of celebrity suicide over a somber piano loop and skittering drumbeat, acknowledging how much more famous he’d get if he killed himself. As he’s acknowledged having these thoughts in the past, he bluntly sings that if the worst does happen, he doesn’t want his fans to feed into the culture of celebrity and move on. At the end, he switches the narrative, saying to celebrate grandparents who have lived a full and accomplished life instead – the dedication is particularly poignant due to the death of Joseph’s own grandfather, who appears on the cover of the duo’s 2013 album Vessel. The track “Legend” here is a heartfelt dedication to him, featuring a final verse where Joseph outright states that he recorded it on the day of his passing. 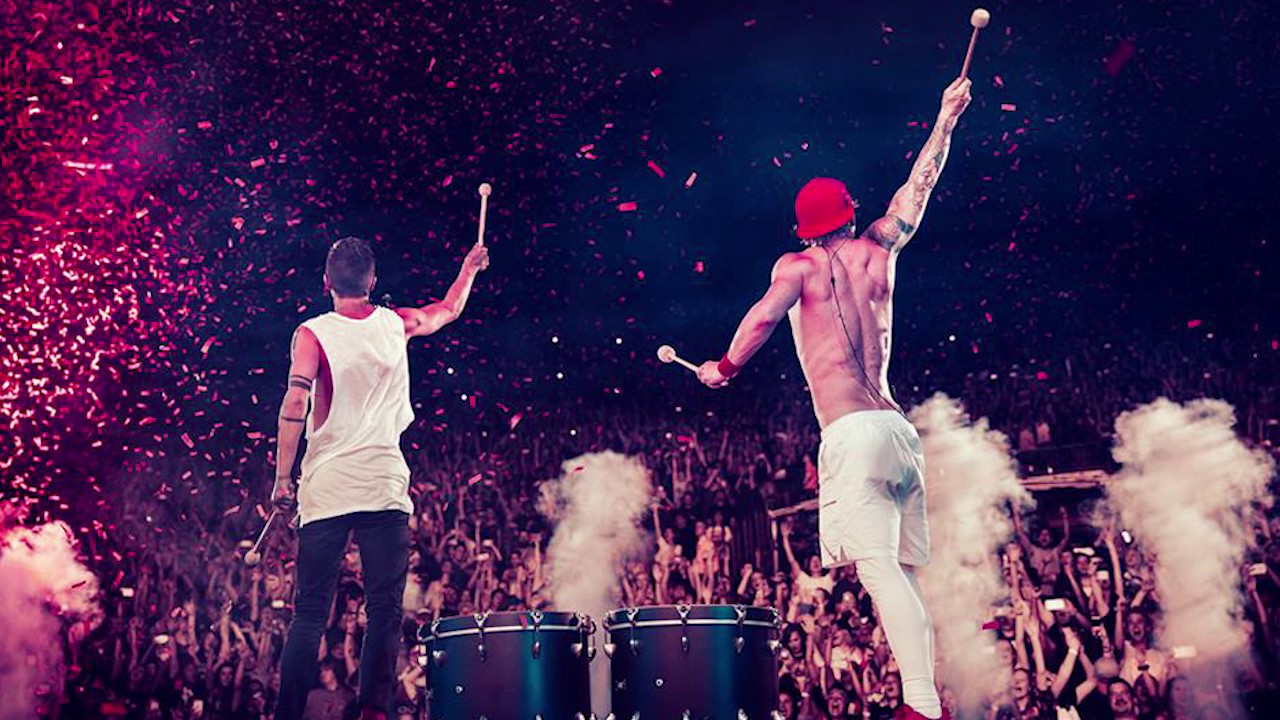 In an album that goes to so many interesting and diverse places so well, a track like “The Hype” feels far too one-note, essentially just structured like an everyday pop song. The falsetto delivery almost reminds me of an older song from a band like Foster the People. As well, Joseph’s rapping has always sounded a little off to me, and while he’s certainly improved here there are a still a few moments where it sounds like it’s just not something he should be doing at the time. On tracks like “Pet Cheetah” and “Levitate” something about the places he emphasizes his syllables throws the rhythm off slightly. “Levitate”, especially, has a pretty great throwback hip-hop percussion groove with the off-kilter Twenty One Pilots edge, but Joseph’s higher-pitched delivery doesn’t fit right with the tone of the track. Follow-up track “Morph”, on the other hand, sees him settle in perfectly. Another exquisitely produced track, the emotion creeps into his delivery over the chilling synth-piano eerie carnival ride of an instrumental. I love how many different places the track goes without losing its essence – through the almost future bass swells, the falsetto pop chorus, the tropical house synths at the end … it’s boundless creativity at work.

Tyler Joseph and Josh Dun have essentially done the best possible thing they could do here after skyrocketing to fame, taking some of the greatest elements of what the general public were drawn to and combining it with some of the greatest elements of what made them unique in the first place. I’m sure their diehard fans are getting even more enjoyment out of the complicated lore behind the project as well. Another contender for the Most Improved Award.