British producer and psychedelic pop/R&B artist Dev Hynes, better known by his alias Blood Orange, releases his fourth studio album which offers both his most accessible music yet and his most powerful message. Negro Swan is mostly inspired by tales of discrimination against Hynes, an LGBT black man, in his youth, as multiple spoken word interludes from activist Janet Mock regarding confidence and perseverance tie the project together. Hynes still acts mostly as a producer here, often letting a featured vocalist take over a track when he sees that they suit the instrumental better than him, but the sound he delivers is much more cohesive and consistent than something like his last project Freetown Sound. Leaning in more of an R&B/funk direction than ever before, parts of this project sound like the kind of soulful, upbeat pop tracks we’re missing from the 80s revival appearing around modern music at the moment.

We immediately get what might be the album’s two best tracks in openers “Orlando” and “Saint”, which fully embrace the soulful, harmonized jazzy funk tracks that are still somewhat of a new venture for Hynes. His falsetto delivery on the opening track is aching and vulnerable as he speaks about his troubled adolescence, recalling a time when he was physically assaulted and moving past it. “First kiss was the floor”, the lyric repeats. The transitions and instrumentation across the board here are pretty flawless for how complex the backgrounds are at times, often either a completely seamless musical transition or dissolving into a frantic saxophone solo.

Janet Mock introduces the track “Jewelry” with a monologue questioning why people criticize others for “doing the most”, stating that people who have been previously marginalized especially should embrace doing the most as they continue to slowly permeate the culture – it feels like Hynes tried to reflect these sentiments in his production work, often featuring some solos doing their own thing in the background of a track or layering vocals to an overwhelming, ethereal degree. “Saint” seriously brings to mind an almost gospel territory, featuring some great female harmonies on the chorus. The track picks up with some light gospel piano chords and an aggressive breakbeat, Hynes touching on the inescapability of discrimination with some touching vocal moments, saying he’s unable to escape his skin colour but committed to spreading love regardless. The gospel theme continues on the powerful “Holy Will”, featuring some explosive high-pitched vocals from church singer Ian Isiah as he covers a track from gospel group the Clark Sisters, Hynes bringing it into his world with some of his trademark synth textures.

Quite a lot of the album’s power comes from just how raw and unfiltered most of the vocal takes on the project are here, Hynes actually stating that he sang through most of them in one take multiple times rather than recording different sections separately, simply selecting his best take. For this reason, more experimental, sparse tracks like “Take Your Time” and “Dagenham Dream” take on an added degree of power, focusing on the pure, natural emotion in Hynes’ vocals as the chaotic instrumentation jostles about behind him.

Another element that we haven’t seen from Hynes in a while is the addition of rap and hip-hop influence to his work. He brings Diddy on board for a catchy, repeated hook on “Hope” that contrasts with a silky soprano main vocal from Colombian singer Tei Shi – Shi’s vocals and the lush piano and shuffling percussion remind me of Hynes’ Carly Rae Jepsen track “All That”. A$AP Rocky and Project Pat’s contributions to “Chewing Gum” are a lot less immediately memorable, feeling unrelated to the message Hynes is attempting to convey here, but Hynes himself actually raps on tracks like “Jewelry”. Especially on an album where Hynes attempts to embrace his identity, hearing him rap “I’m feeling myself” is encouraging. Hynes even takes a thinly veiled shot at Miley Cyrus on “Vulture Baby”, regarding her recent comments about her renouncement of hip-hop culture and going back to her roots after her appropriative Bangerz era. Hynes is completely comfortable in his element here. 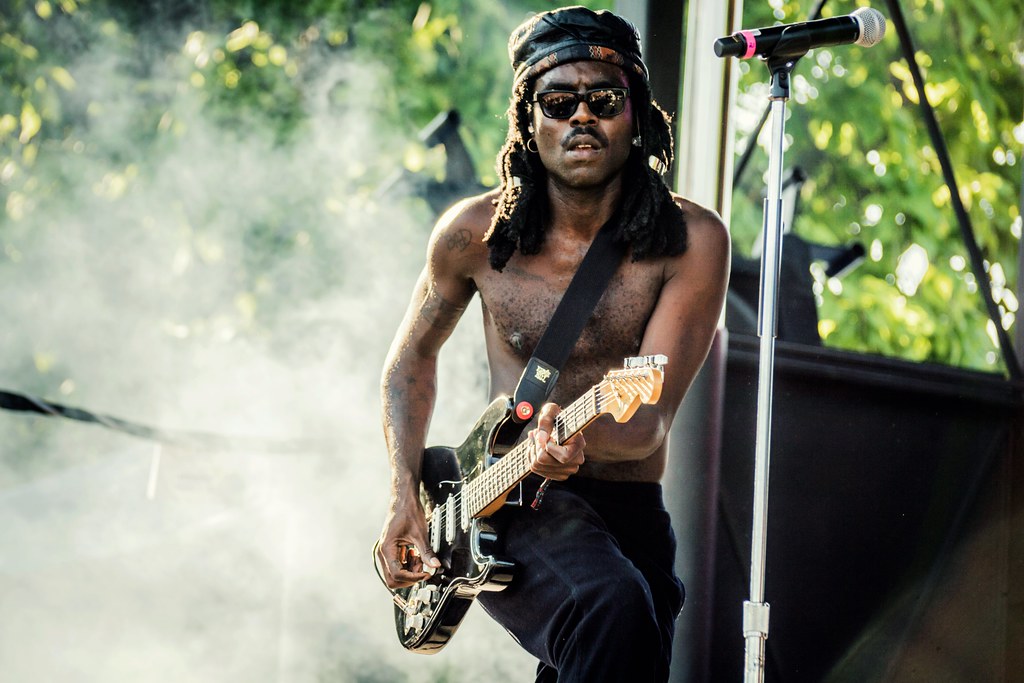 Hynes continues to hit us with some great tracks as the album winds down to its conclusion, delivering one of the catchiest hooks on the project straight out of the bouncy funk areas of Prince’s catalogue on “Nappy Wonder”, offset by a disjointed and distorted guitar solo – those high harmonies feel like they keep shimmering for a few seconds after the track ends. Another one is “Out of Your League”, in collaboration with young producer Steve Lacy. Lacy’s production style fits right in with Hynes’ here as the two essentially have a jam session on their opposing instruments, Lacy on the keys and Hynes playing bass guitar – the percussion on the track is a lot of fun, this one feeling less like a profound statement and more like two really talented dudes messing around in the studio.

Some of Hynes’ ethereal and psychedelic R&B tracks can tend to blend together a bit and make the album more one-note than its masterful instrumentation in other areas would suggest, but the real strength of Negro Swan is the degree to which Hynes expresses his message to the listener through a series of smart lyrical references that cleverly disguise lifetimes of sadness, not lingering on the past too long as he takes control of who he is in the present. The superproducer delivers some of his best production work yet here, and I’m going to remember Negro Swan at the end of the year.