Pop-rock singer-songwriter Meg Myers’ sophomore album, Take Me To The Disco, sees the singer discover a middle ground between the upbeat, poppier melodic approach of her debut Sorry and the abrasive, almost grunge edge that coloured her earlier EPs. 4 years after her breakout single “Desire”, Myers still exists in her own lane as a completely unique artist and one of my personal favourite singers who is still moderately lesser-known, blending heavy guitar work and haunting, tortured rock vocal abilities with some aspects that could easily fit on pop radio. However, while still possessing the infectious qualities of songwriting and song structure that knows just how to highlight the greatest parts of her voice, Take Me To The Disco sounds more subdued than Myers ever should be. She never quite recaptures the snarl that accompanied her early delivery, or commits fully to the experimental, pop-oriented angle that appeared on Sorry. Still, Myers delivers another strong body of work.

The title track which opens the album essentially acts as an introductory preface to the explosive lead single “Numb”, one of the greatest tracks here. Myers’ voice on the opening track is featured more due to the more minimal instrumental constructed of orchestral strings and a light, poppier percussion section, but you can still hear the intensity and emotion in her every note, her voice catching and stopping up on certain notes, even if she takes her vocals to a more breathy place than usual. I always find myself wanting her to return to the full-voiced early-90s grunge scream and aggressive, disdainful tone that surprised me so much the first time I heard her – and she comes closest to it on the chorus of “Numb”. The deafening lead guitar roars in after a verse with a delightfully off-putting childlike nursery rhyme melody (“I don’t wanna grow up, la la la la la”, she sings), catching the listener off guard with some serious vocal ability with a huge slide up to an impressive note that she hits at full power, bringing back her catchy pop songwriting that she expresses in the most intense, contradictory way possible that works perfectly regardless.

“Tear Me To Pieces” is another equally chilling track. I love how she over-enunciates each one of her words, making me feel the anger behind each. Her expletive-laden accusations of her partner’s lies remind me of her older songwriting, and the demonic, distorted lower supporting vocals and the way the song cuts out to highlight her most emotional vocal moments make it a standout. The juxtaposition of the quiet piano section before the final, screaming conclusion never fails to give me goosebumps. “The Death Of Me” reminds me of the pop half of Sorry more than anything here, a much brighter piano riff colouring the track that provides the perfect contrast to the pessimistic and anxious lyricism of the chorus that acts as the biggest artistic risk on the project. Main co-writer Leggy Langdon lends his vocals to the track as well, providing a distinctive, unique lower voice that provides great support for Myers. “Little Black Death” is another pretty flawless marriage of the two styles, the upbeat track taking on an almost disco flavour due to the syncopated rhythm of the chorus melody. It’s a lot of fun to hear a distorted guitar emulating this kind of upbeat instrumental, and Myers taking the final chorus an octave up is a pretty stunning vocal moment.

“Tourniquet”, on the other hand, feels emptier and more underwritten than anything here, the melody too quick and choppy for the quieter, acoustic guitar pattern that dominates the instrumental space, most of the chorus just involving an “ay-ay-ay” extension of the titular word – it’s missing the sharp, often terrifying songwriting that I’ve come to know Myers by over the years, and it feels like she’s trying to play into more of a marketable angle here for the first time. It’s one of her least shocking songs and easily has crossover potential. 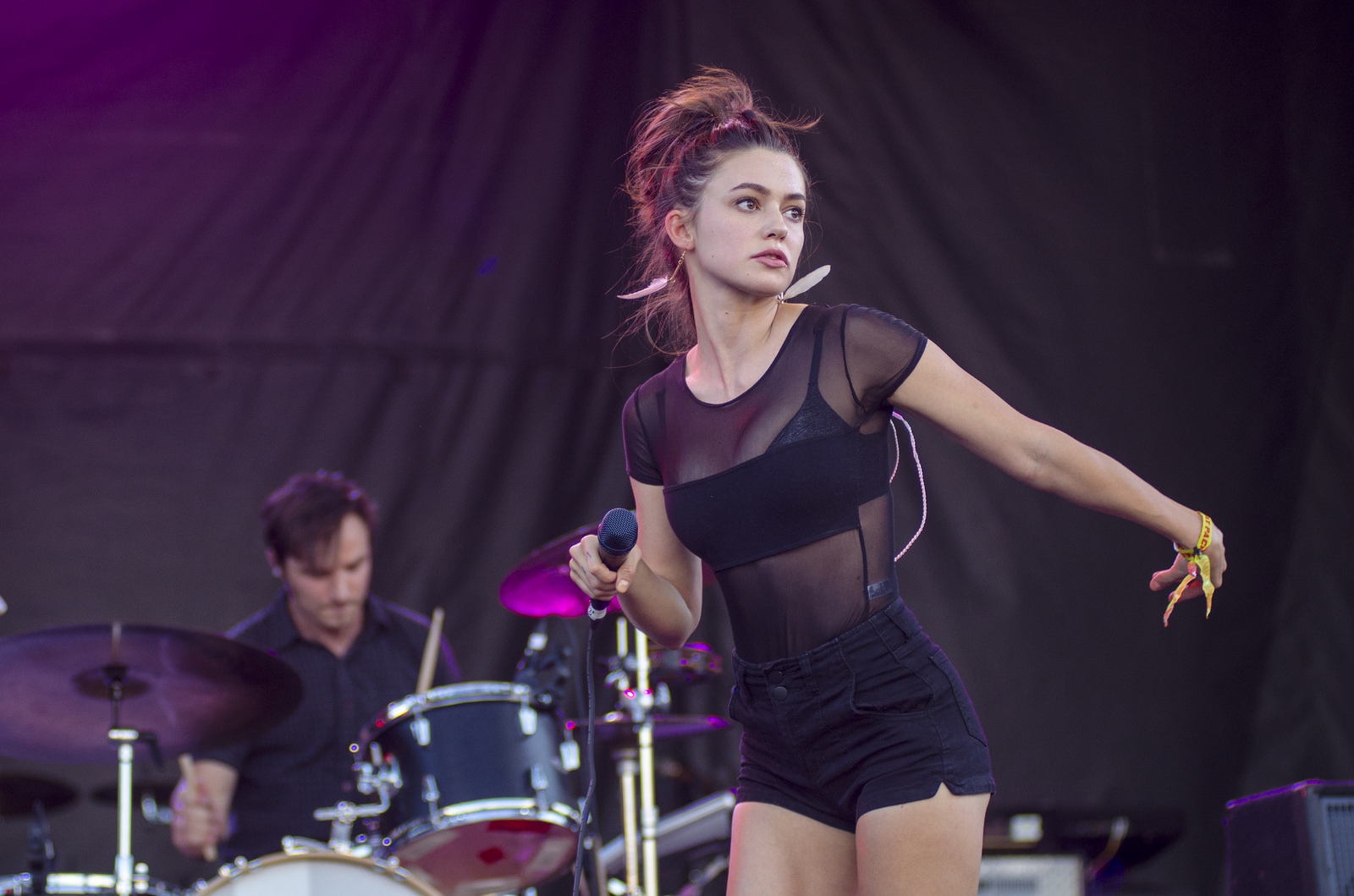 Looking at the larger picture, a few of these tracks do feel like older Myers tropes that just aren’t taken as far as they used to be, exhibiting a few similarities across the tracklist. “Some People” is a slower, orchestral, more introspective track that doesn’t really pick itself off the ground due to Myers relegating her vocal power until a final, explosive section that comes too late and feels repetitive after the similar structure of the preceding tracks. “I’m Not Sorry”, as well, features yet another juxtaposition of a quieter refrain, Myers repeating a strained, breathy “stay”, with a briefly abrasive section that isn’t executed as well as other tracks here.

All things considered, Myers at her least interesting is still pretty incredible and refreshing. There’s nobody else in the current musical conversation coming anywhere close to emulating the combination of sounds that she does, and her song structures are always electrifyingly clean and well thought out. Now moving forward as an independent artist, she should hopefully regain some creativity once again.

Favourite Tracks: Tear Me To Pieces, Numb, The Death Of Me, Little Black Death, Done