Not to be outdone by Drake’s smash hit Scorpion, Wiz Khalifa’s sixth studio album Rolling Papers 2 has arrived in the similar form of a 25-track album by a rapper who sounds like he’d rather be anywhere else most of the time, save for some infrequent bursts of the charm we’ve come to love from them in the past. Khalifa’s latest certainly falls victim to loading an album with filler to benefit in the streaming game, especially when Khalifa’s subject matter or delivery has never been the most varied, slowing most of these tracks down with his sluggish flow. Still, there are a surprising amount of hits here all the same – Khalifa stands out when he’s audibly having fun, bringing to mind the joys of his older material.

“Hot Now” and “Ocean” are two pretty weak opening tracks that preview most of the material here – Khalifa was never meant to be an autotuned trap-rapper, but everyone seemingly adapts to this mold nowadays regardless. The sung hooks here sound so much less exuberant than the more natural, fun ones on a classic track like “Roll Up”. His flow on these tracks and many others here leaves a lot to be desired as well, leaving a lot of empty space without the technical skill to elevate the moodier trap instrumentals that are in fashion at the moment. Khalifa’s detached and slightly off-kilter flow doesn’t line up on most occasions here, but when the tracks get more energetic he does demonstrate abilities that can exceed even his guest features here – he delivers easily the best verse on “Blue Hunnids”, speeding up his flow and injecting his delivery with more emotion, I’m just left wondering why he doesn’t come as hard on most of these songs.

The same goes for his lyrics – on tracks like “Rolling Papers 2” and “B Ok”, we get some of the most personal and compelling lyrics we’ve ever heard from Wiz, speaking about his strategies to avoid getting caught up in the extravagance of fame and even opening up about the heavy emotional toll of his relationship with Amber Rose and the death of his transgender sister on the latter. However, on the vast majority of songs here we get repetitive and redundant hooks and the same old punchlines and subject material regarding Khalifa’s drug of choice – he’s got the potential to be so much more than an average party rapper. I definitely understand why Khalifa does go in this direction, I just wish there was more balance, especially on an album so long. “Late Night Messages” might be the most egregious example of all these negative aspects colliding, as Khalifa attempts to layer his Auto-Tuned vocals on the hook, the result being pretty unlistenable since there isn’t an actual harmony there. Khalifa is at his best at his most authentic – we’ve always been able to get a pretty good idea of who he is, for better or for worse, but seeing him chase trends so hard is disappointing since he’s not exactly one of the more talented or innovative rappers out there, losing the one aspect that makes him interesting.

Of course, on 25 tracks, some things have to connect and we do get moments of all of Khalifa’s best aspects, and sometimes the best parts of the track do come from the many features. Relatively unknown identical twin duo THEMXXNLIGHT deliver a great hook on “Mr. Williams/Where Is the Love” that also has a technically skilled verse from Curren$y that makes Khalifa’s slurred vocals sound laughably out of place. This transitions into the best track here, “Penthouse”, where Khalifa and Snoop Dogg reignite their undeniable chemistry over a looped, minor-key piano instrumental and fun trap instrumental that accommodates Khalifa’s hook and an absolutely hilarious verse from Snoop well. The two are intentionally goofy on the track. Snoop says “wheeee!” in a high-pitched voice as an ad-lib. Hearing the two have fun is what sells it. 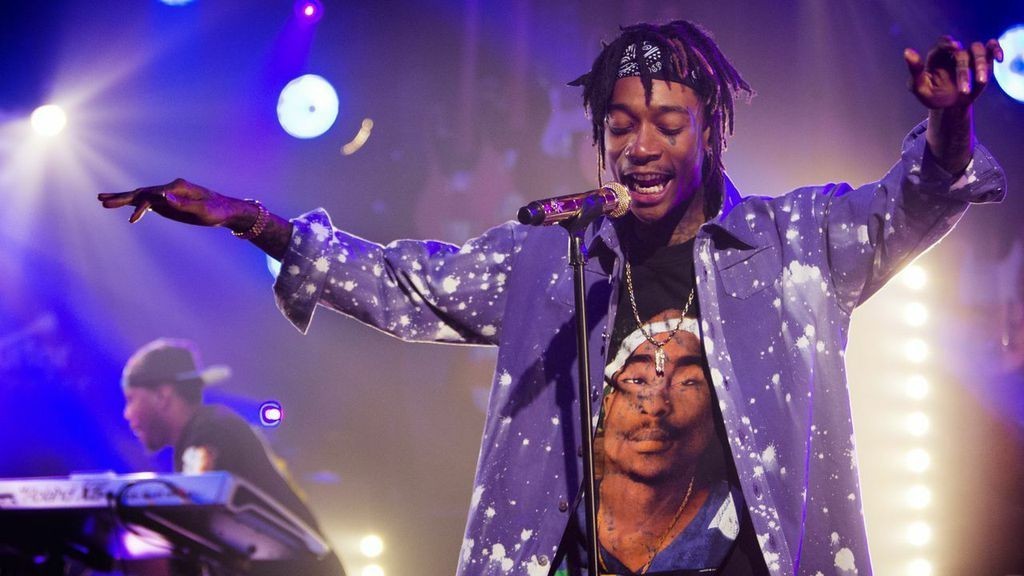 “Hopeless Romantic” is essentially just a Swae Lee song, but his catchy, childlike melodies over the Young Chop beat and a better-than-average verse from Khalifa where he shows off his triplet flows make the track a standout. Khalifa’s always sounded like he belongs more to an older era of rap music, and his old-school sing-song flow on a song like “Karate/Never Hesitate” and G-Funk homage on the excellent “Gin and Drugs” stand out amongst the endlessly repetitive trap instrumentals here. “King” is one of the best solo tracks here for similar reasons I mentioned earlier – Khalifa delivers a fun and quotable hook and turns up the technical skill for the 2nd verse.

Rolling Papers 2 might have been a legitimately good album if it was cut down significantly by a Khalifa who had a better understanding of where his greatest strengths lie. In it’s current format, it’s quite the chore to get through at times despite the moments where he does what he does best and gives us these endearingly goofy and fun rap tracks, but Khalifa’s adherence to trends that don’t fit him here bring the project way down.