Superstar rapper Future continues his torrid release pace with the sequel to one of his breakout mixtapes, 2015’s Beast Mode. Teaming up with the same producer as the former – innovative trap pianist Zaytoven – for the project’s entire duration, Future continues to do what he does best. While there certainly are some pretty great beats on here, Zaytoven flexing his classically trained muscles to give the run-of-the-mill trap instrumental a higher degree of musicality, it’s honestly getting increasingly difficult to get legitimately excited about Future’s brand of slurred, Auto-Tuned delivery over consistently basic hi-hats in a world where trap artists who put in more noticeable effort exist. BEASTMODE 2 is far from a bad project, the formula’s just getting boring – I heard a similarly average Future mixtape in SUPER SLIMEY only 9 months ago. Still, Future’s trap bangers get the baseline job done more consistently than most.

Most of these tracks give an immediate burst of energy as Future descends onto the track for the first time and the beat clicks together, but over the course of the whole track it manages to fizzle out completely by the end. On more than one occasion on my first listen I thought I had finally reached the first track to truly wow me on the project, only to end up getting bored of it by its ending. “WIFI LIT”, the opening track and apparent fan favourite, is nothing we haven’t heard before, featuring a woodwind instrumental and Future’s flow never deviating from the norm. It possesses the initial euphoric rush that most trap songs have, but the same kind of thing goes on for too long.

Tracks like “RACKS BLUE” and “RED LIGHT” that prominently feature Zaytoven’s work on the keys are where the project shines more, especially the latter, the intro of the track displaying some seriously impressive rapid-fire scales up and down the keyboard. “RACKS BLUE” is one of the more memorable tracks on the project, the trap beat enhancing Zaytoven’s work up in the piano’s higher register for a contemplative and rhythmic pop-leaning sound, one of the catchiest instrumentals here. The song “DOH DOH” is the only track with a guest feature in Young Scooter, and his cleaner, more distinctly rhythmic approach was very welcome to my ears after 5 straight tracks of low-effort Future delivery. Future’s melodic hook here is him at his best as well though. The frenetic instrumental features a menacing low brass note in place of a bass line that anchors the track well, and the jumpy, high-pitched synths inject more energy into the song than most here.

For a project that’s only 31 minutes long, too much of this feels like filler. Of the two, I expect more creativity from Zaytoven, so when he resorts to more straightforward trap instrumentals the quality suffers. “31 DAYS” is one of those, and Future’s lazy lyricism and awkward flow suck most of the fun out of the ode to mutually understood brief relationships as well. Of course, Future has always been so much more about the way he says things than what he says, but he hasn’t been varying this up much recently as his release schedule gets more crowded. There’s nothing here as instantly iconic as a “Mask Off”, a “Jumpman”, a “March Madness” – 3 tracks that are great for very different reasons. “WHEN I THINK ABOUT IT” is definitely a pretty fun track, but it could have been even better – the cascading piano is inexplicably buried deep in the mix in lieu of Zaytoven doing the same “Dilemma” pitched vocal sample trick that’s shown up in quite a few popular songs recently, while “SOME MORE” is the poppiest track Future’s ever released, his muddled voice sounding out of place on the uncharacteristically pleasant instrumental. 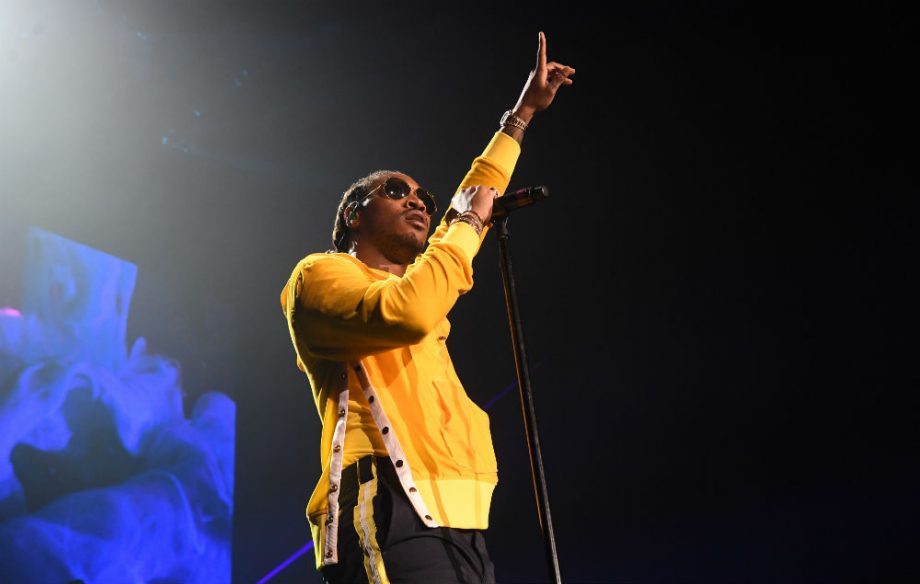 The high-pitched and plaintive sounds of the piano do allow Future to take things to a more personal place, however. At times, the natural vibrato his voice possesses sounds more like a waver before he breaks out into tears – and it makes closing track “HATE THE REAL ME” one of his most compelling ever. “I’m tryna get high as I can”, he repeats on the infectious hook, but he sounds more remorseful about it than anything, the faintest hint of emotion creeping into his tough-guy persona. Over the course of the track, he details his excessive drug use as a result of trying to escape his inner demons and anxieties, changing himself into someone else in the pursuit of love and the other excesses of fame. When so many huge artists sound whiny when talking about struggling from success, it’s Future of all people who sounds completely genuine, and Zaytoven’s expressive production helps to bring this out of him.

BEASTMODE 2 is pretty standard Future fare for the most part, and it’s clearly been working out well for him as his popularity continues to skyrocket. Hearing him team up with Zaytoven once again is a pleasure, even if his delivery has become more uninspired since the last time. Future has the potential to drop a knockout track on us when we least expect it – I’m just not sure it’s on this particular project.

Favourite Tracks: HATE THE REAL ME, DOH DOH, RACKS BLUE, WHEN I THINK ABOUT IT