Pop singer Bebe Rexha, mostly known for her collaborations with others, finally releases her debut studio album riding off the success of surprise hit single “Meant to Be” with Florida Georgia Line. Despite the interesting vocal quirks that have so many calling on Rexha for choruses, the team behind her delivers one of the most derivative and bland pop albums I’ve heard in a long time. Checking off the boxes of the many pop trends that are thankfully dying a slow death, Rexha sings some darker lyrics that harken back to her pop-punk experiments with Fall Out Boy’s Pete Wentz over instrumentals that largely consist of minimal acoustic guitar. The tracks are mostly interchangeable, and it’s safe to say that Expectations didn’t meet mine. 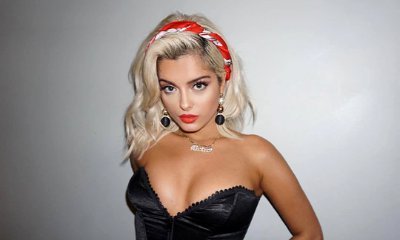 Opening track “Ferrari” is perhaps the greatest exhibition of the potential Rexha might have working with more consistent writers and producers. It’s easily the most memorable song here, Rexha displaying that surprising rock ‘n’ roll edge that sneaks into her vocal delivery at its most passionate, before a hi-hat roll drops the emotionally compelling pre-chorus back into a series of poppy whoa-ohs. Jason Evigan, whose latest hits are found on Maroon 5’s similarly uninspired Red Pill Blues, produces the track. Rexha honestly has some unique, defining aspects to her vocal delivery, but she’s stuck in the most cookie-cutter pop formula throughout this project. The next two tracks feature a chorus ripped from Meredith Brooks’ hit “Bitch” and a song which hands off half the mic time to Quavo, who just sounds so tired of being on everyone under the sun’s projects, the project eventually remembering to tack on the contractually obligated tropical house, Latin pop, triplet-flow trap and dancehall tracks as well.

The common thread uniting all of these tracks, mostly causing them to blend together, is the prominence of quiet acoustic guitar riffs, accentuated by the hip-hop percussion that dominates all genres at the moment, as if someone is trying to make us believe the “singer-songwriter” label that Wikipedia currently places beside Rexha’s name. Something like “Knees” opens beside the campfire with the telltale audible squeaks of the hands gliding along the strings, Rexha doing the bare minimum before the chorus is treated like the most casual EDM drop of all time, the percussion and swelling synths coming in to support the same acoustics. The minimalism of these tracks is presented as something much grander than it is, and this might work out fine if Rexha’s melodies were memorable, or at least catchy at all. Quite a few of these songs do sound like they could turn into SOMETHING with a bit more polish: “Sad” is one of the most energetic songs here, driven by an insistent synth-line built for the dancefloor, but the melody on top falls so flat and ends abruptly, Rexha drawing out a nasal “sahhd” and falling silent for the final bar.

I do have to give a few tracks credit here for standing out from the monotony of the rest of the pack: “Self Control”, despite riding on the same dancehall beat that was present on every song on Drake’s More Life, sees Rexha use her vocals to their maximum theatrical potential – the delivery on that “one little kiss can turn into a thousand” pre-chorus is genuinely chilling, and the chorus is one of the most immediately sticky – the slow descent into it reminds me of what turned “Despacito” into such a phenomenon. “Don’t Get Any Closer”, as well, is a great contrast between the sweet, prettier side of her voice and the darker, aggressive capabilities hiding underneath revealed with a surprise minor twist in the song, I just wish there was a little more to it – the instrumentation simply gets steadily louder and the producers call it an effective build-up.

By the time you reach the end of the Expectations and the tonally jarring “Meant To Be” is tacked onto the end, you come to understand that this is a lot more of a commercial than a well-thought out artistic work. You can feel this at a distracting level throughout the whole project, and it distills the most interesting bits of Rexha’s artistry into the most easily consumable format possible.