Veteran pop-rock “band” Panic! at the Disco, down to its final member in multi-instrumentalist and vocalist Brendon Urie, releases its second studio album as a solo act which greatly improves on predecessor “Death of a Bachelor”. Fresh from a stint on Broadway, Urie elevates his usual flair for the dramatic here and delivers some impressively dynamic vocal lines. Most importantly though, Panic! pulls somewhat of a Paramore here and modernizes their sound, joining the current musical conversation without losing what made them unique in the first place. Their sixth studio album is potentially their poppiest, but roaring guitar underscores and Urie’s theatricality remains to ground these triumphant pop hooks in the darker, baroque atmosphere that’s always coloured their work. There are a few awkward moments of transition here and there, but Pray for the Wicked is one of their best. 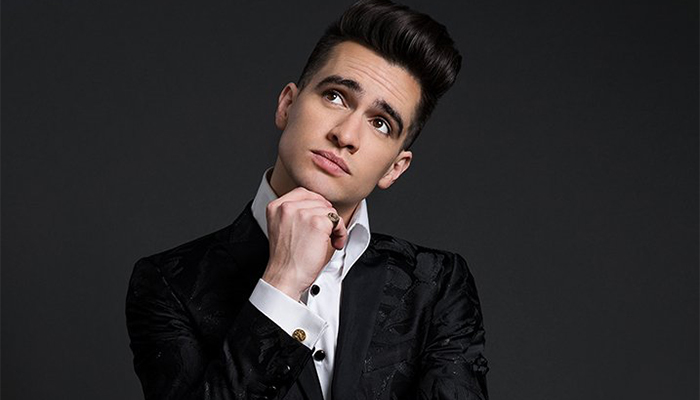 Urie immediately floors the gas pedal on his huge voice when the first anthemic chorus of opening track “(F**k A) Silver Lining” explodes in listeners’ earphones, and he doesn’t let go for the rest of the project. He’s a true rock-and-roll frontman delivering some of the most pop-oriented and melodic hooks of his career, and the result is unique and refreshing. The singles across the board are some of the strongest in their career, carried by a constant, driving energy and smartly written melodies. The fast-paced and frenetic “Silver Lining” sees Urie hitting some seriously impressive high notes over a blaring horn section and a sample from a 1950s R&B track before leading into “Say Amen (Saturday Night)”, which is quintessential Panic! material with a modern update. The guitars in the background are accompanied by a chopped-up vocal sample and clacking percussion verging on a hip-hop sound, providing the perfect backdrop of crackling energy for the chorus, delivered through layered vocals and a deafening guitar pattern that Urie somehow manages to overpower.

“High Hopes” is another great single choice – I love the melody in the pre-chorus that builds up to the marching-band percussion and yet another immediately catchy chorus from Urie, which shows just how effective it is near the end of the track when the instrumental starts to strategically drop out. Urie sells all of this perfectly – his voice is built for Broadway – it’s one of the most capable male vocals in mainstream music right now. The very strong first half continues with “Roaring 20s”, which belongs in a legitimate rock musical (that half-time breakdown!) and “Dancing’s Not A Crime”, which wraps the listener in a very full sound with some warm, old-school funk pop chords. Quite a few of these tracks are great for similar reasons: an energetic horn section, music that cuts out at just the right time, a shouted anthemic chorus, but Urie sounds like he’s having so much fun, and it’s such a welcome change from the band, that it really doesn’t matter. He nods to a personal shift in character on “Old Fashioned”, believing to have been stuck in the persona of the 17-year old who initially formed the band until this album.

Panic!’s journey crossing over into the more culturally relevant styles of pop, hip-hop and EDM production doesn’t come without a few hitches, one of which is their team-up with electronic DJ Dillon Francis on “Hey Look Ma, I Made It”. Like most featured vocalists in modern EDM tracks, Francis buries Urie’s vocals in the mix a little bit more than usual, his chopped-up horn samples dominating the poppiest song on the whole project. Urie’s voice is not something that should ever be restrained. By the time a trap beat drops near the end of the project and the chanting group vocals are at their peak, it feels like we’re listening to an average Galantis track. The second half of the album is noticeably weaker than the frenetic opening 6-track run. On an album full of spectacular choruses, “One Of The Drunks” feels like it falls short, something about the sample in the back not quite clicking with the melody line. Urie’s lyrics can be periodically distracting as well, sometimes not maturing alongside the musical direction. “The Overpass” falls into clichés: we’ve heard about the “sketchy girls and lipstick boys, troubled love and high-speed noise” before. Panic! returns to familiar tropes that the audience who grew up on their pop-punk material will recognize a few times.

Pray for the Wicked is still a great return to form for a Brendon Urie who seems to be sitting comfortably on top of the world at the moment. His many successes continue with his most cohesive project yet, delivering 11 slick choruses that will be sung in arenas for years to come.

One thought on “Panic! at the Disco – Pray For The Wicked”