Irish pop group The Script’s fifth studio album Freedom Child is half a decade removed from their last significant hit, as they attempt to modernize their sound to better fit into the current radio climate. The band’s work is more electronic than before, adding the odd dance drop, contrasting with the still-present crowdpleasing pop-rock.

Even more prominent, however, is a shift in subject material. Many tracks here present a political angle, touching on a number of issues. Unfortunately, Freedom Child is extremely hollow, with only the most surface-level observations or such little attention to detail it becomes inadvertently ignorant.

It feels like The Script is using the current chaotic state of the world as a springboard to generate attention and clamber back into relevance, and the result does not look good on them at all. The blatantly emotionally manipulative songwriting and jarring shifts in genre and energy mid-song do not help their cause, as The Script delivers one of the messiest albums of the year. 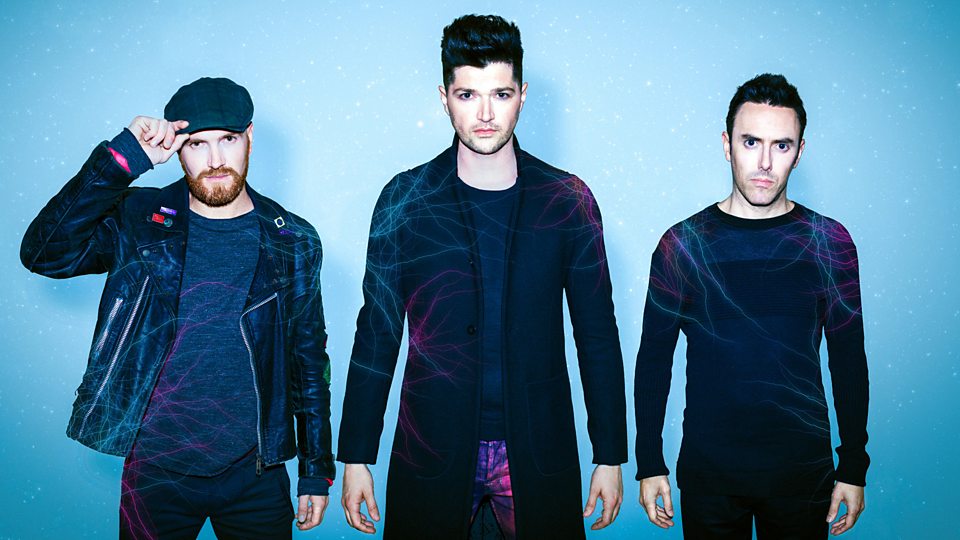 The album opens in a way that you believe for a second it won’t be a complete disaster, as the electronic aspects are integrated pretty well on “No Man Is An Island” and frontman Danny O’Donoghue taps into the best part of his falsetto range to write a unique and charming melody for single “Rain”, but we quickly drop off a cliff.

“Arms Open” was produced by MAGIC!’s Nasri Atweh, and it is easy to see the influence the band had on the rest of this project, as The Script draws from all of their worst tendencies. The track in question begins the trend of repetitive and awful songwriting, trying to capture the wholesome and romantic ballads of their past by stringing together some awkwardly rhyming lines and offering “my arms are open” in response to each one of them.

The Script really aim for some kind of feel-good, inspirational angle with everything they do. It is annoying on tracks like “Rock The World”, where they throw in some generic lines about rising above and proving people wrong before legitimately constructing a chorus around that cheesy title, but it is even worse when they incorporate this mentality into their political material.

This political angle is introduced on the less than subtle “Divided States of America”, where The Script acts as if listing a few events and asking “what the f**k is going on?” is effective social commentary and activism. O’Donoghue throws a few emo inflections on his cadence to appear as pitiable as possible, spinning the state of a country he doesn’t live in into a cash grab.

Nothing O’Donoghue says on this project shows any sense of analysis or intelligent thought, he is simply observing that these events are happening and suggesting they change. “Put confetti in an atomic bomb”, he suggests on the closer “Freedom Child”. “Instead of war, we’re declaring love”. It gets no deeper.

The absolute worst of these trendy, topical tracks is “Make Up”, which had my mouth wide open at how much The Script’s good intentions could go hopelessly wrong. O’Donoghue tells the story of a few transgender characters in the process of dying from their surgery. This is a real premise of a song that is in the same happy, uplifting vein as their others.

From the perspective of a supportive father, O’Donoghue sings “You don’t need makeup”, “You’re doing me proud”. The reason why I believe they have no idea what they’re even getting into here is that they couldn’t even bother to keep their pronouns straight, addressing the same subject as “he” and “she” in the same verse. Their biggest revelation about the whole issue is “That’s the saddest f**king thing, yeah”.

The Script’s shifts in genre are always awkwardly executed here, but none are worse than when O’Donoghue insists on rapping on a few tracks. In the whitest sing-song voice possible, he offers “I’m your great white, you’re my piranha/We don’t give a, we love the drama” on “Mad Love”. It’s tough not to burst out laughing.

“Deliverance” is one of the more electronic tracks here, as a sudden synth stab introduces a pounding bassline that comes in on seemingly the wrong beat and throws the rhythm of the track out the window.

I read another review that termed the project “sonic wallpaper”, and that couldn’t be more accurate. So many of these tracks are just aiming to be passable, with an attention-grabbing lyrical aspect (Tinder, politics, etc.) that they just use as a Chainsmokers-esque basic word prompt. Eventually, they find some kind of off-kilter idea or awkward lyric that sinks the ship. This is at its most evident on “Wonders”, the chorus listing a few wonders of the world in an incessant two-note melody jumping up and down overtop some faux-dubstep nonsense.

Finally, “Love Not Lovers” sees O’Donoghue crooning “swiped right on Tinder”, and that’s all I’ll say about that because this list of complaints is getting too long.

This album only escapes 1/10 status by virtue of the first two tracks, as “Rain” won’t be leaving my head for a while. The lyrics here are honestly embarrassing, and it’s just too easy to see through O’Donoghue’s wholesome white guy with a guitar image.

Favourite Tracks: Rain, No Man Is An Island

One thought on “The Script – Freedom Child”