Former dance commander and proponent of sleazy electropop Kesha is now minus a dollar sign in her name and a contract with an abusive producer. Rainbow is her first album since 2012’s Warrior and thankfully, we finally get to see the kind of music Kesha wanted to make all along. There were very brief glimpses of just how talented Kesha really is on her earlier work, but the character she portrayed was fun enough to transform her into a massive pop star anyway.

This latest project was her opportunity to let loose, and as she runs through emotional piano ballads, acoustic folk tracks, and forays into country and harder rock, Rainbow is all over the place in the absolute best way. A few of her experiments are noticeably weaker in execution than others, but the combination of actual talent with the goofy eccentricities of her past and a powerful message of strength is more than enough to carry Rainbow.

It would appear that Kesha’s found some new producers! Quite a bit is attributed to go-to pop producer Ricky Reed, but some of the more interesting choices here include Ryan Lewis (of Macklemore fame) and alt-rocker Ben Folds. Her uniqueness is demonstrated even further with her feature list: She recruits both a horn section, and hard rock band Eagles of Death Metal for TWO tracks. Most interestingly, however, country legend Dolly Parton joins Kesha for a cover of her hit “Old Flames (Can’t Hold A Candle To You)”, which was actually written by Kesha’s mother.

Hearing Kesha actually sing for the entire duration of an album is a great experience. It’s like watching a whole new artist being born. Kesha without any restrictions is a truly dangerous thing to unleash upon the world. We open with “Bastards”, where she bluntly sets the tone over some acoustic strumming: “Don’t let the bastards get you down, down let the assholes wear you out”. This message of personal strength persists throughout.

One of the best parts of Rainbow is how you can tell that some of her old persona was actually real, as her personality comes through in full force. Studio banter is often left on the final cut, and she even breaks down laughing halfway through a verse in “Woman”, missing some of her lyrics in the process.

Tracks like “Godzilla” and “Boogie Feet” are the greatest exhibition of this. Honestly, I was waiting for at least one more party-girl rap verse from Kesha and I got it and then some on “Boogie Feet”. The track turns into a B-52s style back and forth with Eagles of Death Metal frontman Jesse Hughes before they both drawl “Are you scared of these boogie feet?” You have to hear the song to understand the magic. “Godzilla”, on the other hand, is just an adorable song with whimsical lyrics on falling in love with a man who might scare others with his nonconformity – hence, Godzilla.

On almost every track, Kesha finds a way to throw in subtle references to how much more control she has over her life and music in the absence of her contract. “I write this s**t”, she asserts in “Woman”, a track about female independence. Celebratory pop track “Learn To Let Go” offers “The past can’t haunt me if I don’t let it”.

Lead single “Praying” is a heartbreaking ballad where she addresses Dr. Luke directly and displays her most emotional vulnerability on the project. It takes a special kind of strength to write a song to your abuser thanking him for “How strong I have become” and hoping that one day he “find[s] his peace” and learns the error of his ways. Not that the song isn’t tinged with a bit of anger either – a bit more fire creeps into her voice in the second verse, where she relishes in proving Luke wrong with her success without him. “When I’m finished they won’t even know your name”, she concludes. To top it all off, she hits a whistle note that spawned reaction videos. It might be the most powerful piece of songwriting this year. 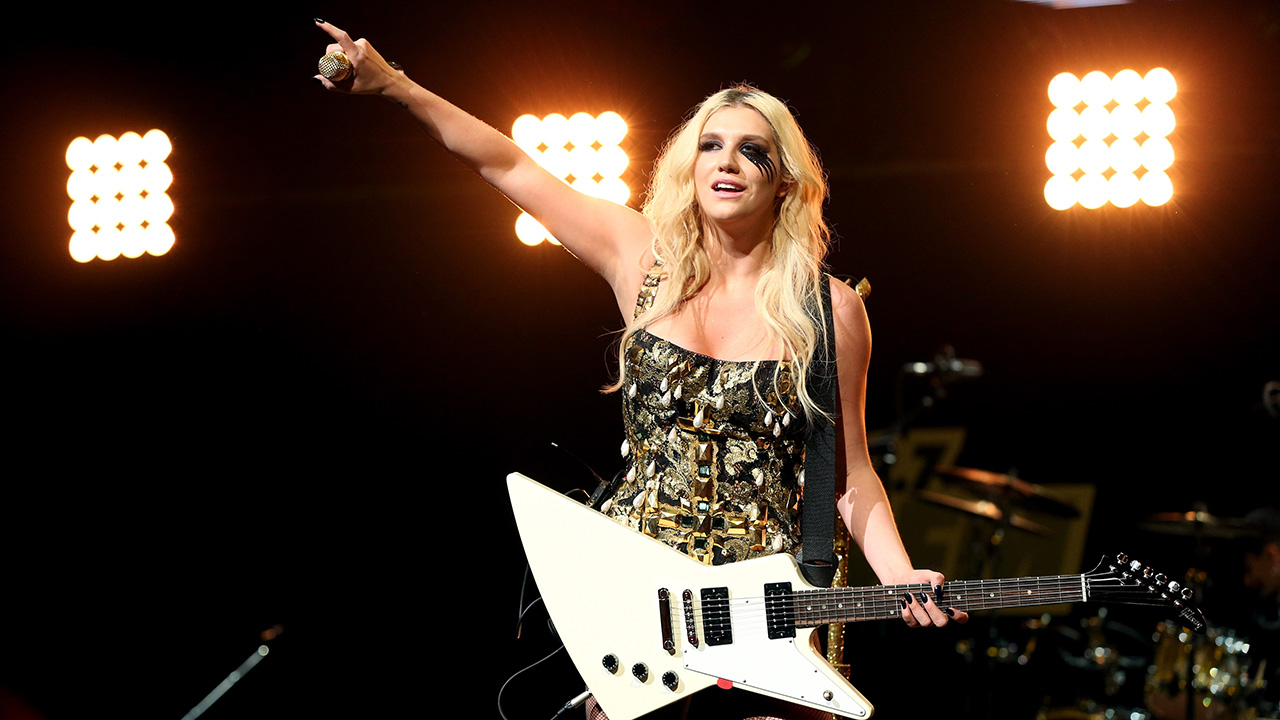 Kesha’s diversity is great to hear for someone who used to be so one-dimensional. Something like “Hunt You Down” is a fun country track – in a feminist twist on outlaw country, Kesha threatens to kill if she’s cheated on over a twangy bassline – but her true strength as a pop songwriter is the biggest revelation of Rainbow. The title track, “Hymn” and “Learn To Let Go” are all incredible pieces of pop music. “Rainbow” especially is another incredibly affecting track, apparently written on a toy keyboard while in rehab. The strings and backing harmonies swell as Kesha implores every girl to find the magic inside themselves and fall in love with being alive.

I truly believe that Kesha laid down every crazy idea that got in her head just because she could on this project, and that means there had to be a few questionable moments. “Let ‘Em Talk” is a mess. I like that she wanted to channel this crazy energy with the assistance of a hard rock band, but this is a bit too much chaos for me. The track speeds along with a frenetic guitar riff as Kesha taps into her inner rock and roll frontwoman. I can’t tell if it’s a slight distortion effect on her voice, but the higher pitch of the song eventually makes it pretty grating. The whole song is just too loud.

“Spaceship”, as well, closes the album on a low as Kesha ventures a little too close to self-indulgence over a bluegrass instrumental. It is easily the longest track, and ends on a speech that could be mistaken for a series of Jaden Smith tweets.

Someone as free-spirited as Kesha was never going to make a perfect album, but this is an absolutely spectacular return to the music industry that blew my expectations away. I’m not sure how the mainstream will receive this, but this new, dynamic and unleashed version of Kesha is a force to be reckoned with.