Polarizing 19-year old rapper Lil Yachty’s debut album, Teenage Emotions, is an absolute mess. But don’t get me wrong – in Yachty’s case, that’s a good thing more often than not. Yachty refuses to play by the rules over the course of this 21-track monster, throwing everything we know about hip-hop music out the window and leading the way for the new generation of rappers which have been slowly starting to dominate the Billboard charts.

Simply put, Yachty is too busy having fun making music to care about trivial things like having a flow or knowing the difference between a clarinet and a cello, and this unbridled joy comes across to the listener. Of course, on a 21-track album by someone who is often quite unmusical, there are more than a fair share of dude. However, the way Yachty approaches his craft is completely novel and is sure to influence hip-hop music for decades to come. He just needs a bit of polish before then.

Many of these beats are youthful, jubilant and triumphant, often featuring high-pitched synth melodies that could easily be used as the background of children’s music. Like Yachty himself, the project is frenetic and disjointed, as no producer shows up more than twice. The biggest dichotomy in the project’s sound is introduced in the album’s opening speech, establishing a difference between the two characters we will hear speaking on the album – Lil Yachty, who sings and is happy-go-lucky, and “Lil Boat”, his ignorant rap persona who is typically associated with harder, traditional trap beats.

There are not many recognizable names in the credits, but the ones that do show up contribute to some of the best tracks. Veteran rap producers like Lex Luger and The Stereotypes appear, as well as EDM superstar and bonafide hitmaker Diplo, while Migos, YG and Australian singer Grace share the mic.

Yachty’s ear for melodies is unparalleled, taking what Fetty Wap did in 2015 to another level entirely. Poppier tracks like “All Around Me” and “Forever Young”, the Diplo collaboration, make the strange thought of Yachty on the radio sound like a very real possibility. You can hear the smile on his face as he calls for a toast on the former. Why? “I see nothing but the money in my face”. Yachty’s greatest strength is the believable communication of real human emotions, hence the album’s title, made all the more genuine by his disregard for being all that musical. Yachty is simply expressing himself to the fullest possible degree here, and whether he is expressing his childlike enjoyment of life, or lamenting relationship troubles, we feel it along with him. The happier tracks, however, are absolutely euphoric.

On “Say My Name”, Yachty rhymes “Hyundai now” with “fun day, wow”, and then gets “slapped in the face with a blessing slap like pow”, and if you can’t see the fun in that, Yachty isn’t for you. “Better” is the album’s best track, featuring a sunny reggae-infused instrumental and Yachty’s greatest melody as he expresses his love to his girlfriend, commending her ability to make his life better with surprisingly heartfelt lyrics. My favourite on the whole album? “Let’s lay on the hood and look at the stars, and name them whatever / You always call that one Trevor”. His tribute to his mother on the album’s outro, “Momma”, continues Yachty’s believably heartfelt streak, and is another standout. 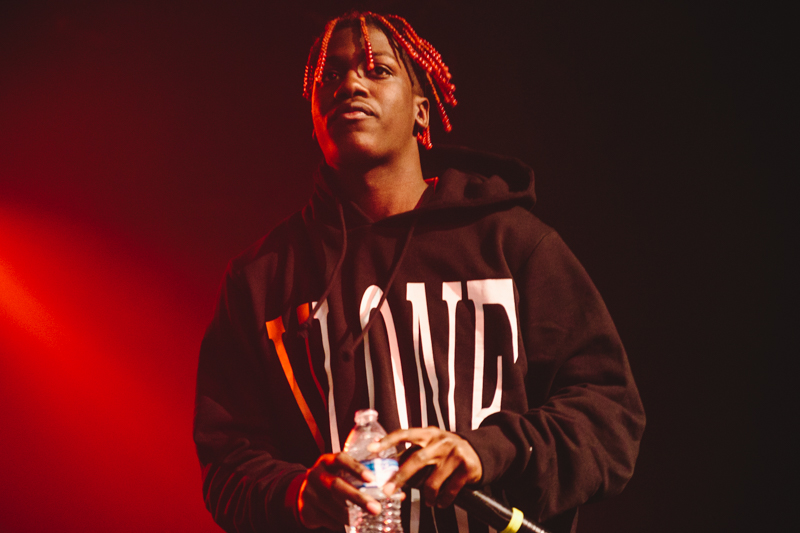 Yachty’s lyrics are often very unintelligent and have little variance in subject matter, but his delivery is what has the potential to change things. The way he says some of his most ignorant and nonsensical lines with such confidence has the capability to make the most idiotic things brilliant, and incredibly catchy. Still, this doesn’t happen every time. The most evident detraction from the enjoyment of the project is Yachty’s lack of rhythm. “DN Freestyle” is the most traditional rap track here, and his laughably bad lyrics are more noticeably terrible when they frequently lag a little bit behind the beat. “Dirty Mouth” might be even worse in this sense. While Yachty does a lot of novel things for the genre here, I don’t think I’m ready yet for rap that has a complete disregard for rhythm – that is something that should stay central.

The tracks where Yachty sings greatly outweigh the rap tracks here, with the exception of maybe “Priorities”, which features an ecstatic delivery of a great hook. It doesn’t help his case that Yachty tries to act a lot tougher than he really is on these tracks, in line with his Lil Boat persona which should really be abandoned. Yachty has a lot of time to figure out the things he’s good at, and trying to be something he’s not is not one of them.

Rating Teenage Emotions was very difficult, as I only really enjoyed about half of the tracks here, but it is easy to see how influential Yachty has already been, and will continue to be, for many years. Yachty has turned the genre upside down, and when it works, it really works. Soon, he’ll learn how to make things click more often than not.

Favourite Tracks: Better, Priorities, Bring It Back, Forever Young, All Around Me