Southern rap trio Migos release their second full-length studio album, seizing the moment in a big way after the meteoric rise to popularity prompted by unorthodox #1 hit single “Bad and Boujee”. Donald Glover dubbed the track “the best song ever” at the Golden Globes, and the three men behind it “the Beatles of this generation”. While I wouldn’t go quite that far, the interplay between Quavo, Takeoff and Offset and their trademark style of triplet flows and call and response lyrics are certainly an extremely fun time to listen to.

The album never really differentiates in terms of sound and themes at all, but did you really expect it to after “Bad and Boujee”? Migos have a specific purpose in this world, and their formula is working better than anyone else in their genre right now. You’d think 13 songs of triplet flow and talk of racks, Uzis and lean would get old, but somehow, it doesn’t. CULTURE is an hour-long party from front to back. The trio recruit a team of some of the most prominent trap producers in the industry to provide their soundtrack, including Metro Boomin, Zaytoven, Cardo and Buddah Blessed, the rising producer behind 2 Chainz’ “Big Amount”. Zaytoven’s extravagent string arrangements work especially well here. 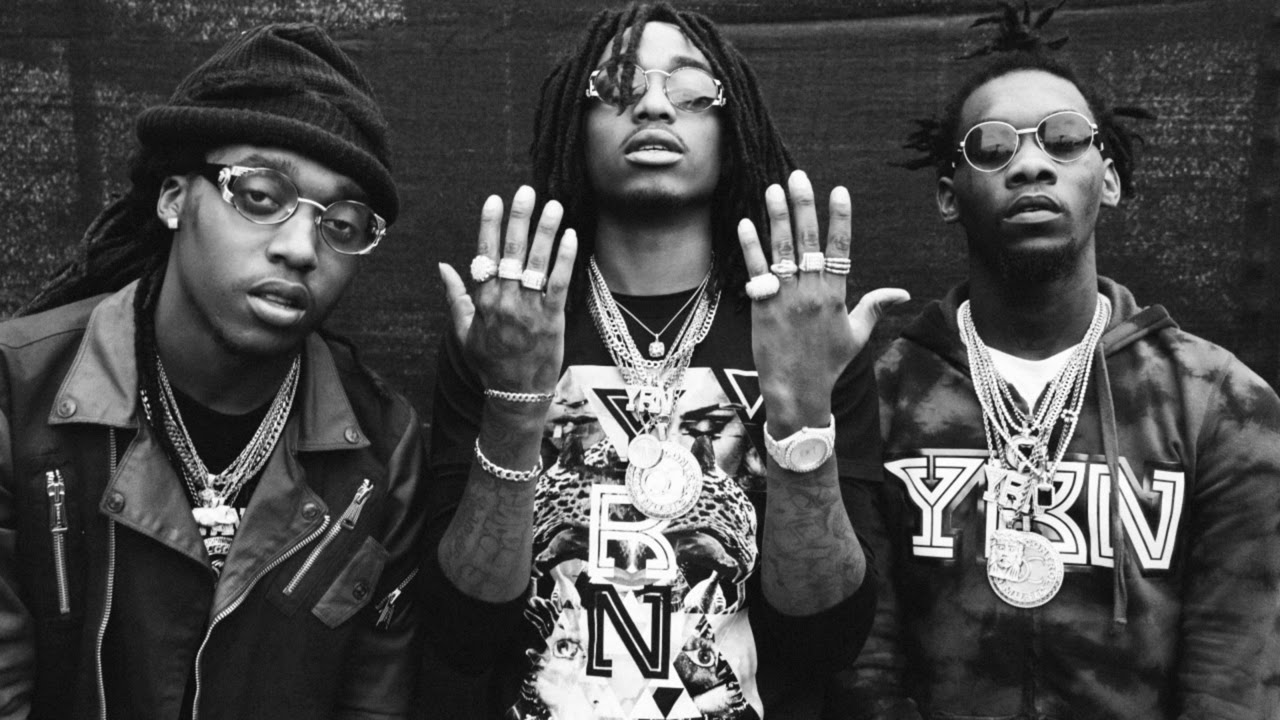 The album also features a slew of expected features such as Gucci Mane, Travis Scott and Chainz himself, all of whom are welcome but none of which quite measure up to the delivery of any one Migo. Although when DJ Khaled shows up on the intro to deliver Khaledisms like “For all you f**kboys that ever doubted the Migos – you played yourself!”, it’s still hilarious – and accurate.

If you’ve been on the Internet recently, you’ve surely heard “Bad And Boujee” an ungodly amount of times, and I still want to talk about it. It’s truly a perfect trap song. Like many great trap songs, it’s hard to say what exactly makes it stand out from the pack of similar songs, but there’s a certain way the trademark Migos flow and the slightly creepy instrumental intersect to make you feel on top of the world. I even love the much-maligned Lil Uzi Vert verse – “Met her today / She talked to me like she knew me / Go to sleep in a Jacuzzi” is the most quotable set of lines in a long time.

Migos are really the only group who are able to use nothing but ad-libs as the opening line of a verse and still have it work. Their charisma and chemistry is insane and more than makes up for the formulaic lyrics – even the expectation of a delightfully nonsensical punchline comes across as a positive because of the confidence you know they’ll deliver it with. It’s incredible how catchy their unique style of delivery is, and even more incredibly that not many other people are emulating it. In the trap world, Migos are about as original as you can get despite the uniformity of the genre – their rapid-fire and sharply punctuated syllables represent the firing of the Uzis and Dracos that make their way into every song. Although, interestingly, the best verse on the project might be Takeoff on “Get Right Witcha”, perhaps the only moment when he breaks from the typical Migos flow for a minute.

Despite Quavo’s slew of stellar feature verses, I think he is clearly weaker than his two counterparts on an album like this. Perhaps it’s simply because the trap beats they use here are some of the hardest they can find and Quavo’s more auto-tuned, melodic and slowed-down style works better on woozier songs like Travis Scott’s “Pick Up The Phone”, but compared to the all-out attack in terms of both technical skill and mic presence the other two unleash, it sounds like he cares less.

Many of these songs tend to go on for about a minute more than they should. Migos is great for a brief shot of energy but they don’t typically hold your attention past the 4-minute mark when the style of thr song doesn’t really switch up. The album is very repetitive in subject matter and sound but the album format is not really what songs like this are for. A single like “Bad And Boujee” would still dominate across all formats without one.

The album is titled C U L T U R E and it really is for the culture. Mainstream hip-hop is moving in a very exciting direction right now, with not only “Bad and Boujee” but Rae Sremmurd’s “Black Beatles” breaking into the public consciousness in a major way and hitting #1 on the Billboard charts. The culture is shifting. If you were expecting something profound from the Migos, you were searching in the wrong place. Enjoy the fun that comes from a masterfully crafted trap song while it’s in the spotlight.