After the success and widespread critical acclaim of producer Jamie xx’s 2015 solo album In Colour, British trio The xx are back together as a band for the first time since 2012 and continue their indie-pop stylings with an electronic edge. Oliver Sim and Romy Madley Croft’s harmonies are as sharp and Jamie’s beats as engaging and dynamic as ever, delivering a product far better than I expected after their recent subpar performance on the Saturday Night Live stage. But this is the kind of music that is so complex that playing it live to the same effect gets difficult.

Croft takes more of a leading role on this album, taking sole writing credit on a few songs that feature her vocals alone, and her soft tones are a welcome addition throughout. While the slower songs tend to drag a bit, the band provides enough innovation in these brief 10 tracks to deliver what might not be the first great album of 2017, but it’s certainly the best one so far.

The structure of the band is truly original — the vocalists sound like they belong to an acoustic folk duo of some sort, resembling a band like Of Monsters and Men in their inflections. However, the instrumental that accompanies them is glitchy, ambient and experimental electronic music provided by turntablist Jamie xx. Their live performance is an indication of the qualities of the music they aim for — the singers stare blankly ahead as if transfixed at something in the distance, hypnotizing and haunting the audience and making everything stop for a brief moment. These tracks have the same effect, usually for the better but sometimes the lack of stimulating musical moments on the slower tracks make me snap out of the trance for a minute.

Jamie xx’s production is spectacular throughout, but it truly shines when he adds vocal samples on a small handful of these tracks. “Say Something Loving” is introduced by a desperate tenor voice echoing “Before it slips away…”, while the chamber choir sounding vocals on “Lips” are an inspired choice. Single “On Hold” is the most energetic song on the tracklist and easily stands out as its best, the two vocalists trading lines and wondering where it all went wrong before a massive drop into a chopped up sample of Hall and Oates’ number one hit “I Can’t Go For That (No Can Do)”.

The duo works very well together, but instead of the voices serving as a contrast and finding beauty in their difference like many vocal duos do, both singers are very subdued and breathy. They are so eerily similar that they blend together perfectly and this contrast isn’t needed to make it interesting, two sides of a twisted love story coming together unified. The best part about both of their voices, and the way they interact, is the emotion and pain that weighs heavily on each trill and vocal inflection. Many of these songs refer to frustrated romantic desires, and their delivery is a punch to the gut. Some tracks are even heavier because they refer to a concrete real-life situation, such as “Brave For You”, Croft’s message to her late parents — “When I’m scared/I imagine you’re there/telling me to be brave/so I will be brave for you”. 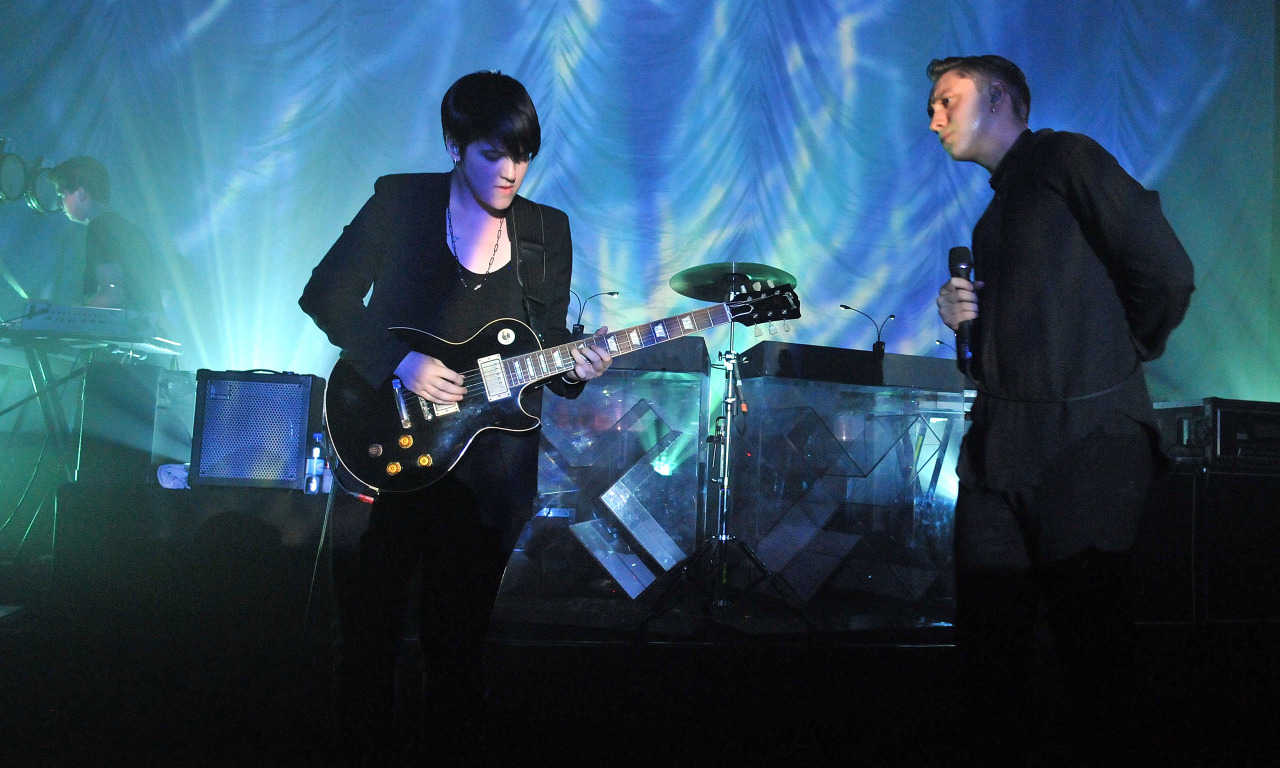 Croft’s solo songs, “Performance” and “Brave For You”, left me wanting Oliver Sim’s deeper tones to balance them out as well, especially because they are slower and more drawn out. The latter, however, is a true showcase for her impressive voice and stands up on its own better due to the thunderous percussion from Jamie. Despite the creative production sonically, I wish more than one song was as upbeat as “On Hold” — the sounds are different and engaging, but they align with the vocals in their somber and creeping quality and on the slower songs can get sleepy, especially when the loops get too repetitive. The band cannot rely on their hypnotic, trancelike quality alone — some songs, mainly “A Violent Noise”, are quite underwritten and leave too much empty space that needs to be filled. Despite the compelling pain behind the lyrics, the content gets repetitive as well and could be improved.

Ultimately, The xx is a winning intersection of sounds that really shouldn’t work as well as they do together. The three are all clearly very talented musicians with a knowledge of how to use their strengths effectively, but having a bit more fun couldn’t hurt.

Favourite Tracks: On Hold, I Dare You, Brave For You, Say Something Loving