West Coast gangsta rap revivalist YG returns with a brief collection of songs which didn’t make the cut on Still Brazy, his acclaimed album from earlier this year. Although YG continues to bring the high-energy tracks we’ve come to expect from him, and reunites with some key collaborators, some of this material falls much shorter in the creativity department. At times, it is easy to see why some of these songs were left off the album — especially with the unique story attached to the project.

YG is only distributing a very limited number of physical copies of the EP, each costing $100. The project stands more as a novelty associated with the Black Friday craze than a legitimately assembled collection of songs, though there are still a few great tracks here. Though especially in the wake of creating a song that resonated with people as much as political protest song “FDT”, YG seems to be simply going the motions of what creates a standard West Coast banger here.

The sound of the EP is still classic YG, offering melodic and bombastic West Coast beats while he continues to do what has made him famous overtop of them – the loud, in your face flow associated with old-school gangsta rap. The tone is very celebratory, fitting in with his more party-oriented tracks rather than the social commentary which has recently been getting more critical attention. Notable collaborator DJ Mustard, who was a major part of YG’s debut album My Krazy Life, is back here after differences kept the pair apart, and contributes some of the project’s best beats.

As a matter of fact, the instrumentals here are easily the best element of the project. YG brings back this West Coast retro sound very well, and in a world where many rappers are going as experimental as they possibly can, deviating from frameworks, not many people are left still doing what YG is doing at this caliber. While the features here vary in their success, rapidly rising star 21 Savage steals the entire project with his turn on “I Be On”, amplifying considerably what is an otherwise mediocre track and demonstrating why everyone wants him on their song right now. Despite the abundance of party tracks here, YG is still at his best when talking political – the only time he really brings up any of the issues he mentions on Still Brazy is on the best track here One Time Comin’. Over a monstrous beat resembling a police siren, he addresses the trepidation he feels around the police while still delivering a catchy hook.

When it comes down to it, however, this is still an album full of leftover tracks. Although many of these tracks do succeed in being hard-hitting enough to get one’s head nodding, the similarities of the tracks and inability to bring anything new out of the tried-and-true LA gangsta rap framework become overwhelming on even a project this brief. This does not measure up to the strength of his previous two albums at all, and for a project worth $100 should have been better. 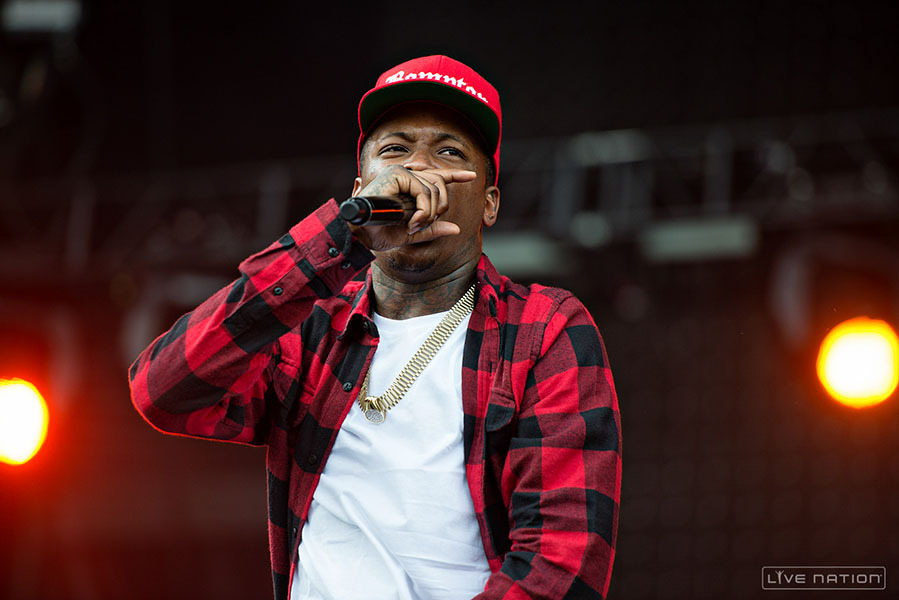 The main issue here stems from lazy songwriting, especially in the hook department. These songs were cut for a reason, and as featured artist Mitch, who may or may not be the guy who caught a body ’bout a week ago, imitates somewhat of a drunken Travis Scott on “I Know”, or YG delivers an uninspired and generic trap hook without any variation in his voice, the strength of the beat stops mattering. YG’s cadence can get grating at times – like fellow rapper Meek Mill, a lot of the energy of his tracks comes from his loud and unapologetic attack on the mic. It does involve a lot of yelling, and it works if it’s used in the right way, but a lot of the time it isn’t here. Delivering repetitive hooks at this same level of volume isn’t the most pleasant listening experience. To bring 21 Savage’s great verse back into the conversation, his more laid-back style fit the beat of “I Be On” much better.

YG has all but mastered his craft, and demonstrated it on his full-length studio albums. While Red Friday serves as somewhat of a blemish on his wildly successful work, its status as an EP and novelty release surrounding Black Friday allow it some breathing room. But unlike fellow Californian rapper Kendrick Lamar’s Untitled Unmastered, YG’s B-Sides pale significantly in comparison.