Veteran R&B/Soul singer and fully established musical force Alicia Keys returns with her sixth studio album and first since 2012’s pop-oriented Girl On Fire. Keys has dubbed this album the best music she’s ever made, and the quality here makes it hard to dispute that comment. Aside from Keys herself, production is handled mainly by husband and hip-hop producer Swizz Beatz, who spins the album much closer to that musical world than Keys has been before. The intersection of Swizz’ enormous boom-bap New York style hip-hop beats with Keys’ beautiful piano arrangements provide the perfect playground for her limitless voice to soar, infusing every track with her distinct soulfulness.

The album contains many interludes of Keys’ slam poetry about social and political matters, which both allow the album’s tracks to flow seamlessly into each other, as elements of the previous track continue to play under it, but also introduces the subject matter of many tracks in a profound and affecting way. Keys stated that the album was created much faster than she usually does — and even Keys at her most freeform and improvisational manages to outshine her contemporaries. 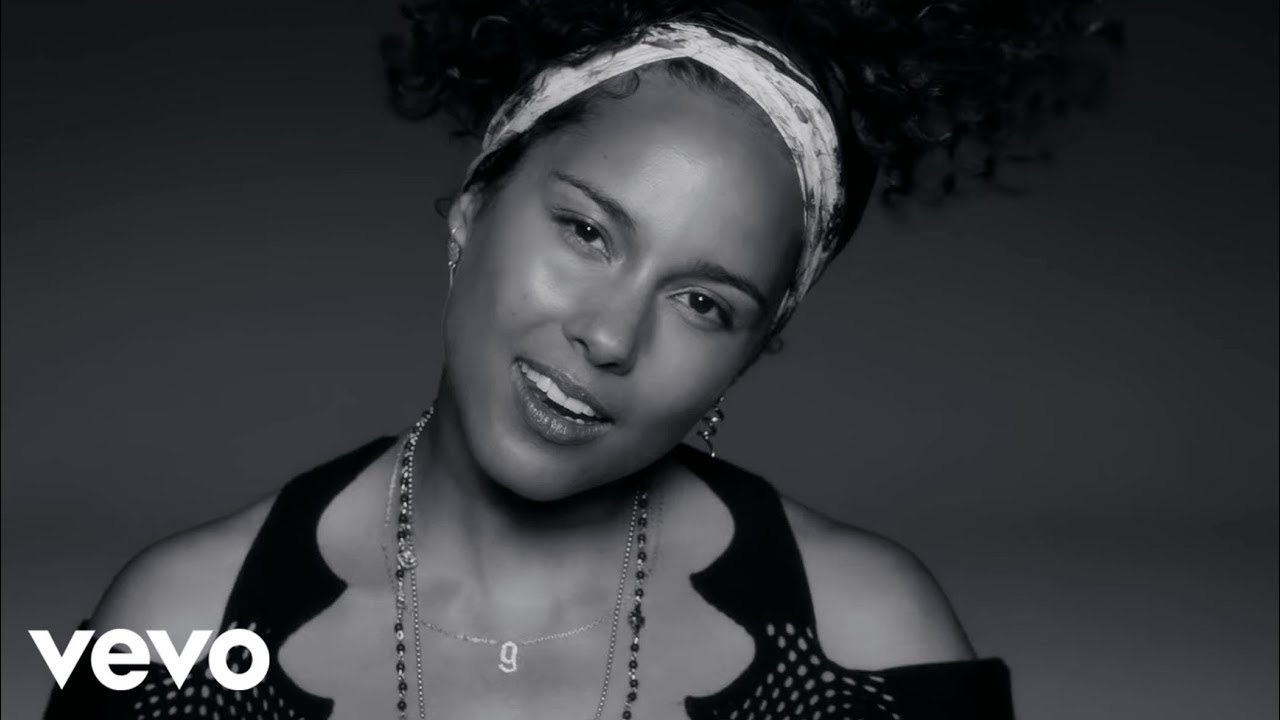 The overall sound of the project is actually quite minimal: repetitive, but very catchy. Many instrumentals provide just a piano and a beat, while some deviate to the singer-songwriter angle as Keys just sings over a looping guitar pattern like on “Kill Your Mama”, an ode to environmental awareness co-written by Emeli Sande. This is a revival of the sound that would have been popular when Keys’ career was just beginning, with many flavours of not only old school R&B but also old school hip-hop. Keys does fully embrace the hip-hop sound on a few songs here, many are very rhythmically oriented and she adopts somewhat of a rap flow, dropping the complex melodies for a speedy and impassioned delivery and maneuvering around some of the huge beats provided. Producer extraordinaire Pharrell Williams appears on the clear standout track “Work On It”, and his style continues to complement Keys perfectly.

Here is additionally packed with fantastic socially conscious messages, dominating most of the subject matter here but attacking a wide range of issues. “Holy War”, the album’s closing track, is the song that blossomed from the slam poetry-style speech Keys gave which shut down the MTV VMAs, and the slam poetry interludes are more of the greatness we saw there. The true strength of the project, however, is unsurprisingly Keys’ voice. It is so pitch-perfect that you really get lost in the arrangements while you’re trying to tune in to what she is saying, and her amazing piano work and accompanying jazz ensembles bolster every track. A lot of it is more traditional R&B than is usually popular today, focusing more on her singing abilities. She can be laid back and transcend a minor scale with ease on “Pawn It All” or scream to the heavens in her powerful upper range on “Illusion of Bliss”. She is capable of sounding fantastic at all ends of her impressive 3-octave range, and all are displayed prominently here.

Pharrell’s track “Work On It” is so good that it rises clearly above the rest of the still incredibly strong pack. Things drop into a doo-wop time signature punctuated by syncopated human vocals reminding me of Kanye’s early work, while Keys’ voice never sounded so clear going through effortless vocal runs on top. The song has a strange effect on me that I’ve quite honestly never felt before in how much it compels me to move my body to the beat. The song continues and elevates the trend of great soul music we’ve been getting at the end of 2016 and is a lock for one of my favourite tracks of the year – or the decade.

Although Keys’ voice and hooks are frequently great, there is a lot of repetition on the album and some elements go on a but too long, losing the message in a less interesting musical moment. Keys also tends to go on long and meandering stories about characters she’s made up to prove her point, and this can come across as less affecting than she intended. This comes to full fruition on the only real miss on the tracklist “Where Do We Begin Now”, where she depicts the struggles of an ambiguous member of the LGBT community.

Still, Here is an absolute triumph in the wake of the image and messages Keys has been attempting to promote all year, backing up her words with excellent and soulful music. This is the work of a veteran artist who knows her element and her strengths clearly, and offers a celebration of those characteristics that turned her into a legitimate R&B legend.

Favourite Tracks: Work On It, More Than We Know, Pawn It All, Blended Family (What You Do For Love), The Gospel

Least Favourite Track: Where Do We Begin Now