Rising Swedish pop star Tove Lo’s sophomore album, Lady Wood, doesn’t pack as much of a punch as the smash hits which defined her first. Instead, she opts for a darker angle and sings over minimalistic electropop beats. Her brand of hook-based instant earworm pop music does not work as well with the style, many of them simply not being as memorable as tracks like “Habits (Stay High)” and “Talking Body”. The production team is largely the same barring some high-profile interlocutors who provide some of the album’s best tracks; this is largely just a classic case of sophomore burnout.

The project offers a brief 10 tracks of dance-pop, but with a darker pulsating spin. These instrumentals can tend to take over the entire song at times despite the aim to be minimalistic — they are more minimalistic in structure than in sound, many of the main beats punctuated by a pounding and repetitive synth line. Production team The Struts, not to be confused with the glam-rock band, handles most of the songs here and the similarity between them is felt strongly. When things switch up due to new blood in the studio is where things get interesting. Joel Little, known for working mainly with New Zealand artists Lorde and Broods, appears for highlight “Imaginary Friend”, bringing the same creativity for alternative pop music that he brought to Broods’ fantastic Conscious earlier this year.

Fellow Swedes Ali Payami and Ilya Salzmanzadeh, known for working with pop mastermind Max Martin on some of the decade’s biggest hits, do their best with what they’re given, experimenting with sounds that don’t fully deliver. “Keep It Simple” especially is the only attempt at something completely novel, built like an EDM song before the disappointing climax which actually might bring down the energy. Another thing that takes away from the overall strength of these tracks is that Tove Lo’s voice is honestly just not very interesting, bordering on nasal at times and failing to showcase anything that impressive technically.

One interesting aspect of the album is its division into two halves, marked by brief and mainly instrumental tracks which I suppose were meant to give an overall sense of the sound which the forthcoming 5-track section was going to provide, but the concept doesn’t appear to be fully realized. However, these introductions do contribute to some absolutely flawless transitions into the tracks that kick off each album’s half. Tove Lo appears to be turning these two tracks, “Fairy Dust” and “Fire Fade”, into short films, perhaps more meaning will be revealed later.

Some of the better musical moments appear on tracks like “Imaginary Friend”, which comes closest to the instant catchiness of her previous singles with a playful chorus over some rhythmically dense interlocking synths, and “True Disaster”, a high-tempo track in which Tove Lo’s voice is at its best in its lower register – where it really should stay at all times. Despite a Google search not returning much, Joe Janiak’s feature on “Vibes” actually provides an interesting contrast to Tove Lo’s voice — his raspy and dark tones fit the instrumental more than hers do. 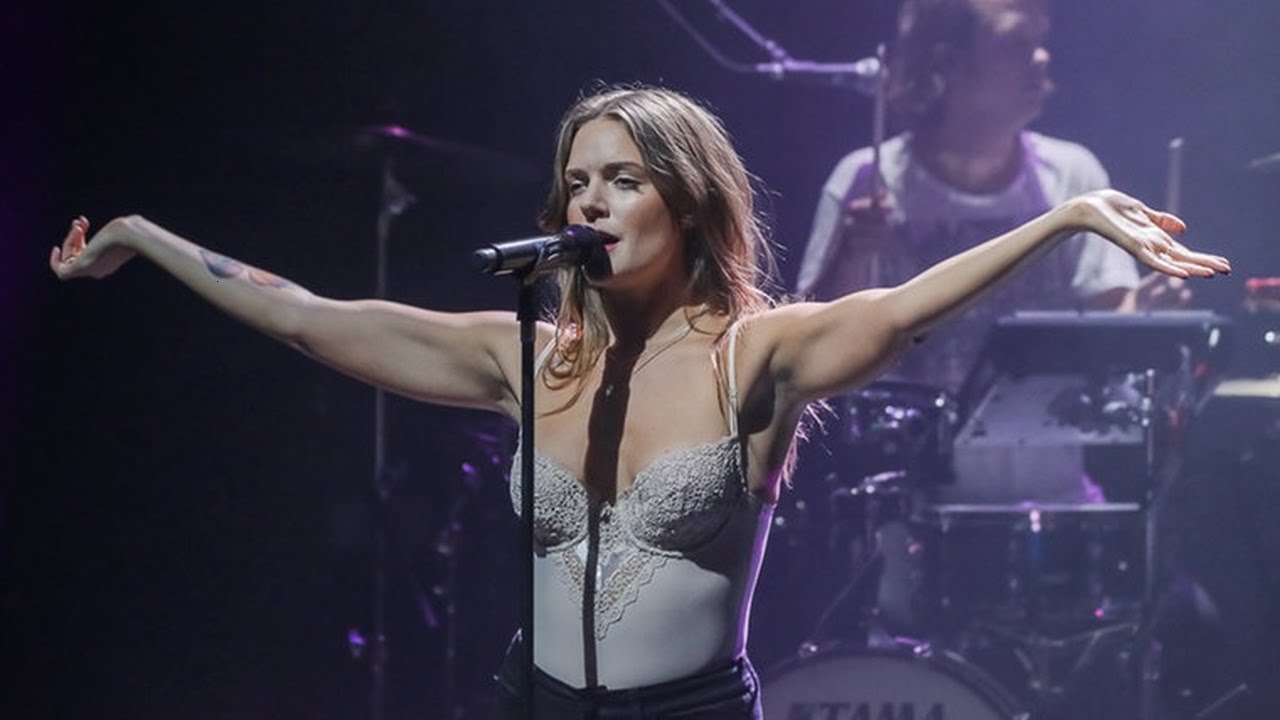 The project also contains some stunningly lazy lyrics, and Tove Lo is the primary writing credit on each: in addition to swearing so often it can disrupt the structure of the song, she actually says some things like “You’re winning at life” and “Hate on this world ’cause reality sucks” on a serious release. “Cool Girl” is a song based off of a monologue given by Amy Dunne in David Fincher’s fantastic movie “Gone Girl”, and Tove Lo succeeded in taking one of my favourite movies and turning it into an incredibly boring song — and really, everything is quite boring. Unfortunately, most of this project signifies phoned-in and uninspired pop music with the added edgy angle that so many others are doing better.

There are also some very strange musical choices here. On more than one occasion Tove Lo tries to throw some quirky vocal manipulations on the songs that just end up sounding obnoxious, as her high-pitched and distorted vocals begin to grate on the listener. The chorus of “Vibes” is based on her voice pitched up, modulated and wobbly and is quite terrible. Songs like “Flashes” are incredibly overproduced and try to cram as many ideas from different realms of music onto one song as they can.

After some great features this year like Flume’s “Say It” and Broods’ “Freak of Nature”, this project is quite disappointing. Tove Lo has proven this year that she can be a great complement to other people’s songs, but her own creative agency needs some development. She has the potential to become a genuine hitmaker, and surrounding herself with the right people could allow her to come back with a vengeance on her third project.