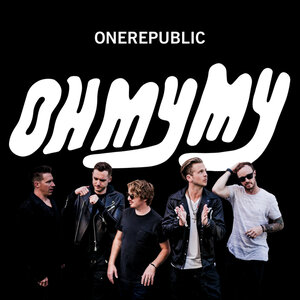 Ubiquitous pop-rock band OneRepublic returns for the first time in three years with their fourth studio album. The band is fronted by superstar producer and songwriter Ryan Tedder, who has found enormous success in his contributions to the work of some of today’s biggest artists (Adele, Taylor Swift, Beyonce, Ariana Grande). Unfortunately, what seems to be remaining for a OneRepublic album seems to be a staggering number of leftover songs rejected by these artists, as the album as a whole suffers from an extreme lack of personality.

These problems began with their previous effort, 2013’s Native. Native saw the release of the first OneRepublic singles I truly enjoyed in “Counting Stars” and “Love Runs Out”, which presented a heavier sound than they had before. While their first two albums may not have been particularly good, at least the band had a distinct and recognizable sound with their orchestral influence and minimalist ballads. Now, as Tedder’s stock as a producer rises, he seems to be investing much less of his artistic capabilities in OneRepublic. The album still does provide a handful of great songs, but lost among the overlong 16 tracks and general sense of mediocrity, by the end it doesn’t matter to the listener. None of these songs are actually bad — they’re all just okay, and forgettable. Having this problem might be worse than an inconsistent album of hits and misses.

To focus on the positives first, Oh My My actually does provide a 4-song run in the middle of the album of interesting music that breaks from the formula of the rest of the album and emerges from the pack. The run from “Choke” to “Born” is a diverse and eclectic mix that runs through a wide variety of sounds, adding to the album’s overall sense of misdirection but pulling it off well in these instances.

“Choke” is buoyed by a massive singalong chorus backed by what sounds like a gospel choir, whereas it would not surprise me if you had told me “Better” was a Twenty One Pilots song, from the rapid-fire delivery, swung melodic chorus and beat that sounds like it was created in the same session as “Ride”. The mix of genres, which Twenty One Pilots also does quite well at times, reaches a fever pitch on “A.I.”, the longest and most experimental song on the tracklist, which features a pounding EDM beat, spiraling guitar solos, and vocals from none other than Peter Gabriel. And it all works. Risks like these would have paid off on the remainder of the album.

One of the biggest issues with the album is its length. Sitting through over an hour of similar-sounding, mediocre tracks gets to be a chore. Some of these songs could have easily been cut from the album, leaving a shorter and more concise project, but it makes the album an extremely boring listen. It seems like the band has drifted generally into the more rock-influenced zone that spawned their previous hits, but the influx of other strange musical choices on the album discounts this as a clearly made decision. As Tedder states on “Dream”, he “found some new innovations” — Sure, the album is different, but not in a clearly defined way. There is no artistic vision, and the making of a “different” album does not feel like a deliberate choice, simply trying and failing to emulate their more progressive hits. Tedder himself sounds rather phoned in, like he was trying to get through his own recording session because he had a meeting with Adele later in the day.

A song like “Fingertips” stands as an example of the lack of effort put into this album. One of the longest tracks on the album, it has possibly the least to say, repeating the same mind-numbing and lethargic chorus for most of its duration. This is one of the songs that should have been cut. Further listens should have signified that the song did not reach the emotional heights they were clearly going for – instead, they saw fit to extend one of the album’s worst ideas to its breaking point. “Human” is another rather laughable song, from its misplaced breakbeat, to its ridiculous concept and mundane lyrics (Tedder goes to God for help, but God is preoccupied with a question of his own – “How does it feel to be human?”, which led to me shaking my head in disbelief upon being rhymed with “If I could for one day, I just might do it”), to its exaggerated falsetto delivery.

The biggest problem any album can suffer from is being forgettable, and this might be the most forgettable album of the year. It speaks volumes to its mediocrity when an album can give a spectacular run of four tracks, and still drown out their significance with the monotony of the rest. Perhaps OneRepublic has been nothing more than underdeveloped side project of Ryan Tedder from the very beginning.