Young the Giant’s third studio album attempts to forge a new sound for the band, veering towards a political path and implementing more complex instrumentation and distorted vocals, but still ends up falling under the same umbrella as other contemporaries at times. Still, this is a high quality alternative record and the musicianship displayed is quite impressive.

The sound of the album is more influenced by electronic aspects than the band has been before, but they maintain their previous guitar-driven sound that is somehow both delightfully crunchy and melodic. The new sound works well on them, providing interesting, albeit slightly derivative musical moments. Ever since single “Cough Syrup”, with its calm exposition and bombastic chorus, drove the band to international success, they have followed what is more or less the same, successful formula.

On this album, the two levels of energy are more divided onto their own tracks, abrasive sounds like “Jungle Youth” contrasting with subtle lullabies like “Art Exhibit”. All the same, at times I can’t help feeling like Patrick Stump adopted Matt Bellamy’s outlook on the world and took to the recording studio.

The band’s lyrics are as intelligent as they’ve ever been, and the poignant observations regarding the state of the world come at a great time. We haven’t heard material like this from a rock band since Muse’s “Drones”. Since the band is still relatively pop-driven, about half of the album is still tailored to this area lyric-wise. But then, the occasional poetic gem drops on the unsuspecting listener. The description of a picture of his previous lover on “Art Exhibit”, the questioning of his personal beliefs on single “Something to Believe In”.

“Believe In” is the best song here, and is an earworm of the best kind — as proven by the fact that I am certain I have heard this song somewhere before, and yet I cannot remember where. One of those catchy songs implemented in a commercial that never leaves your subconscious. Pounding and anthemic, guitars ascending and descending the scales with ease, frontman Sameer Gadhia details a dialogue with a voice in his head which symbolises God.

The album does have its occasional misfire, some songs feeling like filler despite the album’s sub-40 minute runtime. Young the Giant’s early work was heavily criticised for latching onto the rising tide of indie music in the wake of Arcade Fire’s album of the year win for “The Suburbs” in the early 2010s, refusing to carve out their own sound. While the factor of creativity certainly has increased on Home of the Strange, a few songs revert to the checklist of what makes a popular indie-rock song. 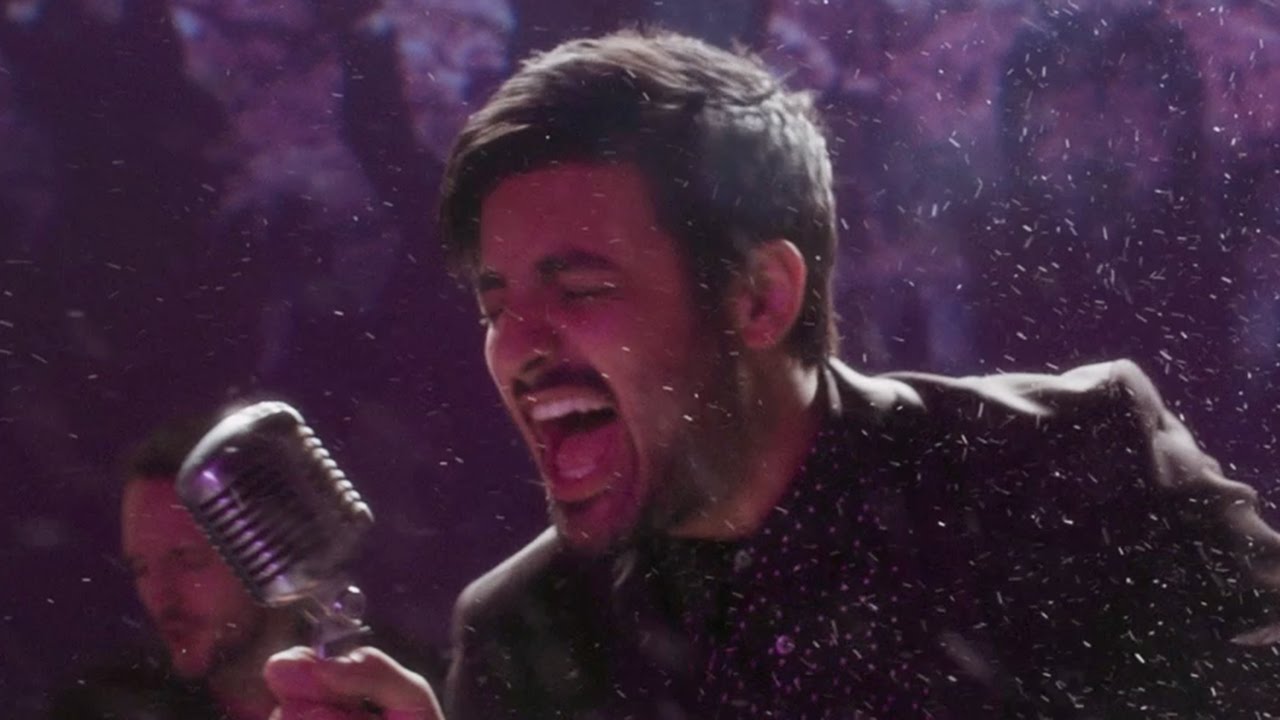 “Nothing’s Over” in particular, geared more towards the realm of pop with its reliance on a hook and repetitive lyrics, does not fit beside the captivating ballads and high-energy protest found elsewhere. Additionally, Gadhia’s raspy voice tends to get somewhat irritating when it is not deployed in the most effective ways, such as on “Titus Was Born”, which begins as a promising slower track before the louder hook descends upon the calm instrumental, sending the song to a different place it likely should not have gone.

Ultimately, there are many good ideas implemented on Home of the Strange, and the coveted sound which was lacking on their earlier efforts is beginning to emerge. The blending of the synths and melodic guitar work is surprisingly effective, and Gadhia’s booming voice ties things together nicely. The slight decline in the band’s popularity gives them fewer expectations to meet, and with this lack of outside influences some interesting sounds are starting to bloom. This is a quite satisfying alternative album, and although works in this genre tend to feed off of each other, the richness in sound, combined with the musicality and lyricism demonstrated by the band, cause Home of the Strange to stand out amongst the rest.

One thought on “Young the Giant – Home Of The Strange”