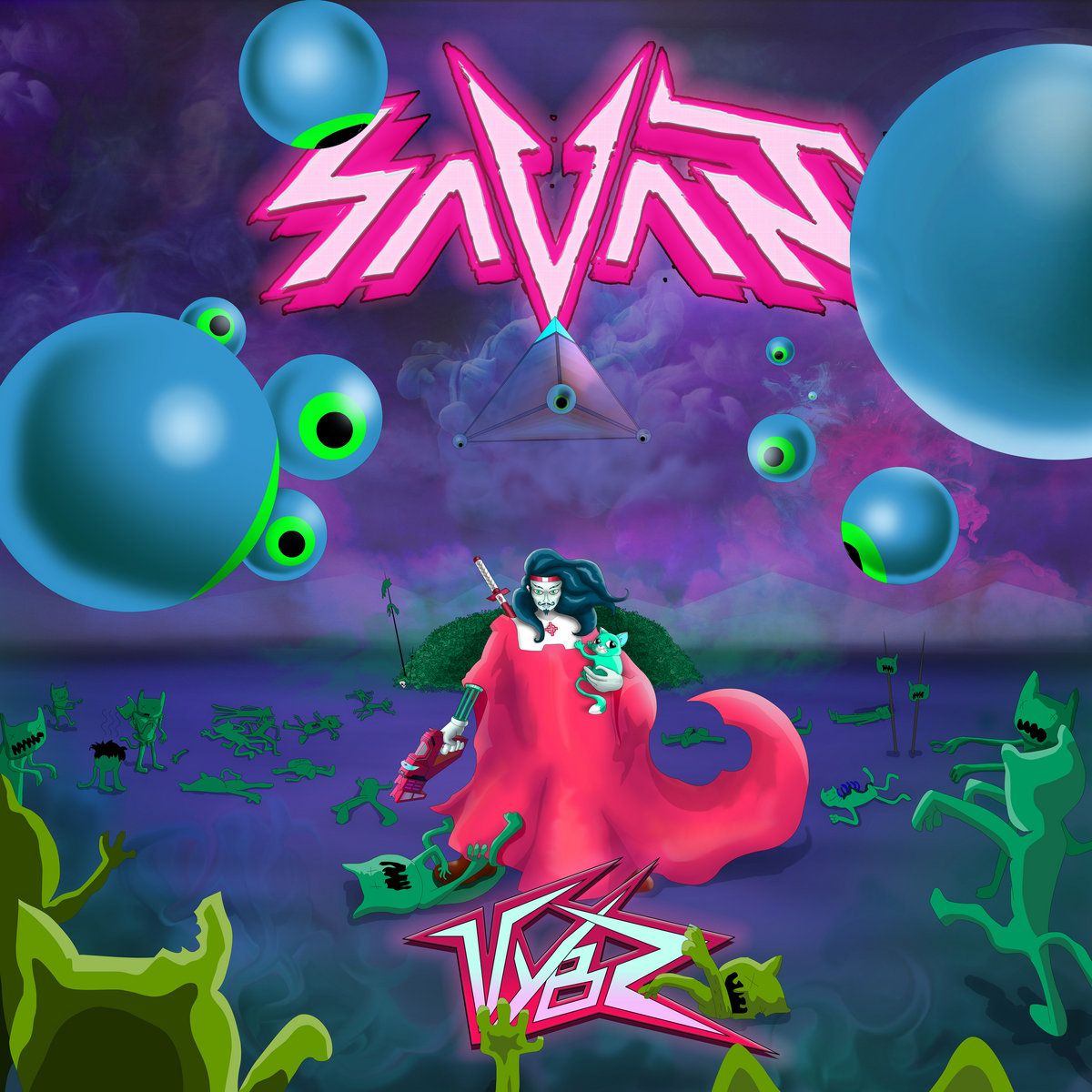 Prolific electronic musician Savant returns with his first project since last year’s Invasion, continuing his long line of solid releases as he continues to infiltrate every facet of EDM’s wide array of genres. One of the most creative electronic producers in the business right now due to his extensive musical background as a multi-instrumentalist, Savant veers off in yet another direction on Vybz. There still remain some classic Savant tropes and personal stylistic elements, although with a completely different style. This is a bit slower and more laid back that we’re used to, though still very fun for the most part. I often find that Savant’s music, more than any other artist, just sounds like the embodiment of unbridled joy, and this is still here albeit toned down slightly. No longer is his music an all-out attack (in a positive sense!) on your senses.

The aforementioned tropes run amok on these tracks, however, signifying to the listeners that this is still Savant, and could not possibly be anyone else. The style of synth he often uses for his main melodies, the ever-present funk bassline, cascading trills running up and down the track, the imbuement of interesting sharps and flats to create unique melodies you don’t hear in most EDM music. It’s all here. He has mastered the creation of a signature sound, spread across a career known for the creation of vastly different sounds. “Judas” is perhaps the song most comparable to familiar Savant sounds from his previous works. It happily bounces along, driven by a melodic bassline and evoking a particularly intense video game boss fight.

Savant’s music is and always has been ridiculously complex. It certainly goes to show how difficult it can be to make EDM music at this level of creativity. I cannot begin to imagine how many different tracks Savant had to lay down and fit together to create these perfectly interlocking masterpieces. Compared to the world of mainstream EDM, this is on another planet. Dynamic standout “Zombie Cats” comes to mind. Another standout track, “In Your Name”, is the only instance of vocals on the album – some of my favourite tracks of his over the years have had vocals and I would love if he implemented them more, but for now this song keeps that trend up. A breezy danceable hook backed up by pounding bass keeps it afloat. Another positive is the seamless transitions. Savant has always been known to craft a body of work which more resembles a 50 minute song than a collection of separate entities.

At times the music can get a little bit disjointed; I think this may come as a result of slowing down the tempo and not filling up some of the empty space with frenetic noise and energy as he has done in the past. “Carnival” is a bit weak in this sense. I hate to criticize Savant because he has provided such a diverse variety of creative sounds over the years, but if not disjointed, the slower tempos can tend to make things a tad boring, especially with a song like “Aneurism”.

I certainly commend his attempt to do something else completely different after basically going everywhere one could possibly go in the EDM world, but some of these songs work better as atmospheric background music rather than songs I would desire to listen to on repeat occasions to give that boost of energy to get me through the day, which is what I’ve come to know Savant for (past tracks like “Starfish”, “Black Magic”, “Face Off”). Even a song like “Omen”, while hard-hitting in sound, chugs along offering little in head-nodding excitement.

Although the project is still mostly synth driven sonically, Vybz does employ a wide variety of instruments across its span, an aspect not typically found in the EDM genre. What sounds to be mostly live drums are used, piano melodies dance across “Beaches” and a song like “Enemy Paint” which is very guitar-driven is a welcome addition to the EDM canon. Savant is a multi-instrumentalist genius and he continues to show it here. It is very interesting to hear what results from someone who is so well-versed musically pouring his talents into the creation of electronic music. He knows how every possible sound works together and he milks these relationships for all they’re worth.